Lembo: CT may not know its full financial plight for months to come 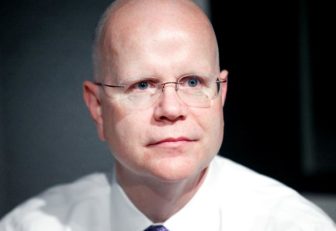 Based largely on February data, the latest report nonetheless shows that state income and sales tax receipts already had begun their erosion.

And with record-setting unemployment, delayed tax-filing deadlines, a plunging stock market, and shattered consumer confidence, Connecticut may not know the full scope of its financial plight for months to come.

“The speed and scale of the pandemic’s economic disruptions are unprecedented for Connecticut,” Lembo said. “As a result, the full extent of the impact is not yet clear and may take weeks, if not months, to determine. The current year deficit could, and likely will, grow larger.”

While Lembo’s $170 million deficit forecast is in line with projections issued last week by the legislature’s nonpartisan Office of Fiscal Analysis, it is nearly three times the size of the $58.6 million gap Gov. Ned Lamont’s budget office projected on March 20.

Lembo’s forecast was not presented as an indictment of the administration’s efforts. Rather the comptroller used it to show how rapidly Connecticut’s position changes on a daily basis.

“My office is already seeing a drop-off in withholding receipts from the large number of layoffs and furloughs resulting from non-essential business closures related to the state’s response to the COVID-19 pandemic,” Lembo said.

Connecticut’s Labor Department has now received 100,000 new unemployment compensation claims since the start of the pandemic and Lamont said Tuesday there is now a “five-week lag time” in processing new claims.

Unemployment claims for Connecticut increased by 630% just for the week ending March 21.

The state lost about 120,000 jobs during the last recession, which ran from December 2007 through June 2009 — though some economists argue Connecticut effectively remained in recession through early 2010.

Coronavirus-related closures and stay-at-home directives also have begun to take a toll on sales tax receipts, said Lembo, who dropped projections in this area by $30 million, and warned numbers likely will continue to erode.

The comptroller, who helped spearhead a push for new savings requirements that helped amass a $2.5 billion budget reserve, said this record-setting rainy day fund is essential in this crisis.

Lembo noted that while Congress has passed three emergency spending bills in response to the pandemic, more sustained relief will be needed in such areas as unemployment benefits, support for businesses, expanded Medicaid eligibility and paid leave and food assistance.

“The scope and suddenness of this crisis is without precedent in living memory,” he said. “Therefore, relief needs to be provided quickly and be sustained over time to prevent even more harm, especially for those most in need. The recovery will be difficult and uneven. The biggest risk for policy makers is not doing too much, but rather doing too little in the face of these enormous challenges.”