Most NE nuclear power offline due to timing fluke and problem 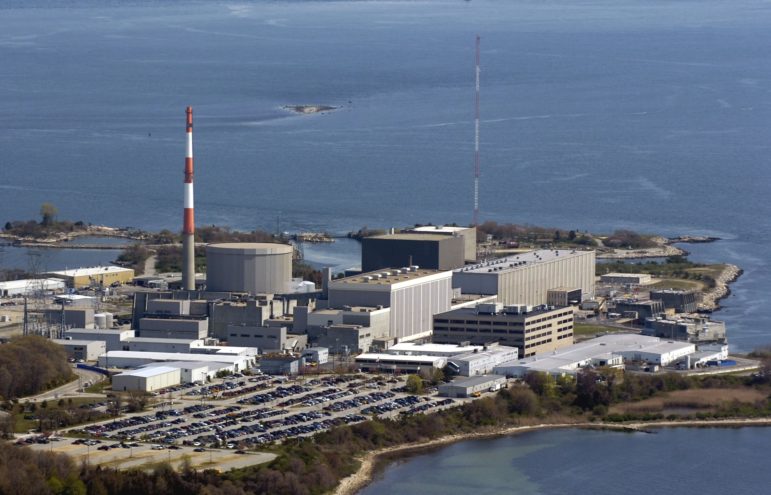 All but unnoticed as the coronavirus pandemic tears through the Northeast: the New England power grid is without 75% of its nuclear power – with more to go.

Many nuclear power plants schedule refueling operations in spring and fall when electricity demand is lower, and that is the case in New England, where the three remaining nuclear plants typically supply about one-third of the electricity. The Seabrook Nuclear plant in New Hampshire went offline on Tuesday for its refueling – that’s 1,245 megawatts of power. Unit 2 of the Millstone Nuclear Power Station, with about 870 megawatts, is due for refueling this spring as well.

But in the meantime, Millstone Unit 3,  which carries about 1,230 megawatts , tripped offline less than a day after the Seabrook shutdown due to a circuit fault between the main generator and the switchyard, according to Kenneth Holt, spokesman for the plant’s owner Dominion Energy. The automatic reactor protection system kicked in as it was supposed to and the plant was shut down.

As of Friday noon, the grid mix showed nuclear at 8% and natural gas at a whopping 68%.

While the situation is abnormal and the timing with the health emergency a fluke, it does not pose any special risks for the region, especially since the demand for power is lower than normal because so much commerce and industry has temporarily shut down.

“One good thing going for us is we do have electricity,” Holt said. “It’s not like a hurricane or a blizzard that’s taken down the power lines. We as a company understand how important electricity is right now. For doctors. For manufacturing facilities making supplies.”

Nuclear plants have some wiggle room, but not a lot, for refueling. In the case of Millstone, each unit is refueled every 18 months in an alternating rotation. Unit 3, the one offline now, is due for refueling in the fall.

Refueling takes about one month during which one-third of the plant’s nuclear rods, which are about one foot-by-one foot by 12 to 14 feet long, are replaced. They last about 4.5 years.

Other maintenance is done at the time. Some is required by the Nuclear Regulatory Commission. Some is done because of the convenience of the plant being shut down and can be deferred. Due to the pandemic situation, Dominion plans to skip the optional work to minimize the number of workers needed.

There are typically 600 to 700 people on site at Millstone during normal operations. Under the pandemic emergency plan that’s been in place for the plant for about 20 years and is updated regularly, that force has been streamlined.

Anyone who can work from home must do so. There is a ready-reserve force of people on standby at home. Cleaning regimens have been stepped up and markers are now on the floor in 6-foot intervals to keep people separated.

For refueling, typically an additional 800 to 1,000 workers are brought in. That force will be streamlined this year. Holt did not provide exact numbers.

Holt declined to discuss when Unit 3 would be ready to go back online. Other than refueling – that unit, which went into operation in 1986, was offline in December of 2019 for five days to make repairs to one the backup diesel generators.

Unit 2, which began operating in 1975, was offline in December of 2019 for three days for repairs to one of the pumps that supplies water to the steam generators.