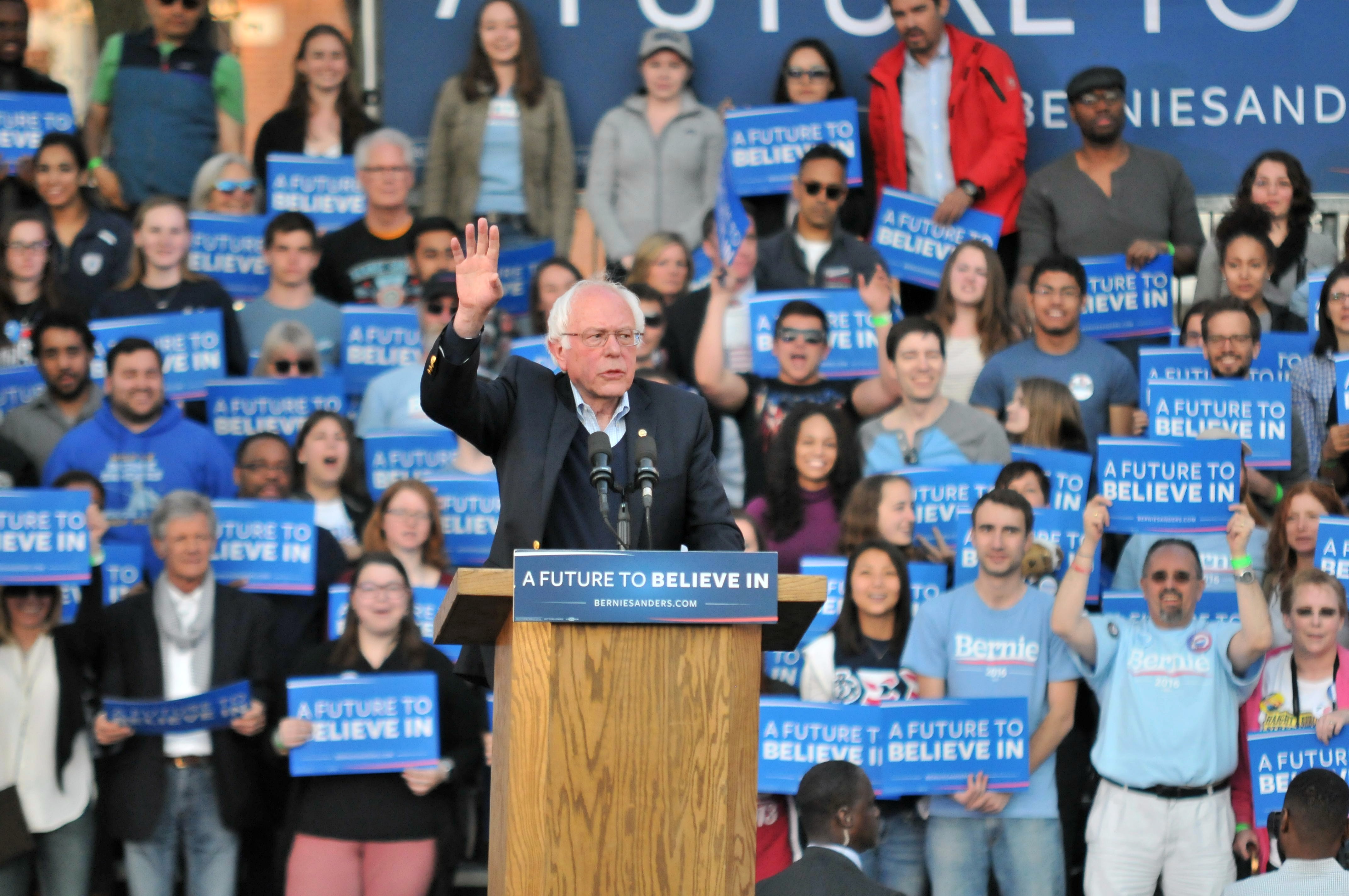 Bernie Sanders ended his campaign for president Wednesday, but he still wants Connecticut and a handful of other states to hold Democratic primaries in the midst of the COVID-19 pandemic — a bid to amass more delegates and influence at the Democratic National Convention.

The decision Sanders announced during a live stream puts officials in Connecticut and other states with upcoming primaries in an awkward position: With the refusal of Sanders to formally withdraw, must they still open their polls at a time when the public is being urged to stay home for reasons of personal and public health?

Under state law, Secretary of the State Denise Merrill cannot cancel a primary without the written permission of candidates who have qualified for the ballot. After Sanders made clear he was quitting the race, Merrill set to work on a statement about the status of the primary, then the 78-year-old Vermont senator threw his curveball.

“As you can imagine, what ensued was a great gnashing of teeth and all sorts of conversations about now what?” Merrill said.

Merrill has yet to receive withdrawal letters from Elizabeth Warren or Tulsi Gabbard, two other Democrats who qualified for the Connecticut ballot and then quit the race. But Sanders was the pivotal player in the question of whether Connecticut must go forward with its primary.

“That for me effectively ends the justification for holding a primary in Connecticut. Now, the results are predetermined,” Merrill said. “Then comes the announcement he will remain on the ballot, which hopefully he will reconsider.”

If Sanders does not reconsider, Gov. Ned Lamont will have to decide whether to use his powers during the public-health emergency to grant Merrill discretion over ballot access. That would leave Lamont, a Democrat who was an early backer of Biden, open to accusations of undermining Biden’s rival at the convention.

A primary in Connecticut would require congressional caucuses to choose delegates, an expense to the party and another public gathering at odds with public-health recommendations. A Sanders strategist who left the campaign earlier this year said forcing a primary could cost Sanders goodwill he otherwise is engendering.

“It’s tone deaf,” said the person, who declined to be quoted by name, because he is working in another race for federal office.

Lamont had no comment Wednesday.  A Sanders spokesperson could not be reached to address the rationale for going forward, but Sanders indicated last week during an interview with Seth Myers that a platform to discuss issues remained important, even as the potential path to the nomination narrowed after Super Tuesday.

“Campaigns are an important way to maintain that fight and raise public consciousness on those issues, so that’s, I think, one of the arguments for going forward,” Sanders said.

Nancy Wyman, the Democratic state chair, said she hoped a primary could be averted.

“Bernie’s a very smart man. Even with his language today I believe Bernie will be supporting Joe Biden and hopefully his supporters will do the same thing. I just hope today was his day to talk about his issues and what he feels are really important for the country and to his positions.”

Connecticut has already postponed its primary from April 28 to June 2, buying time in hopes that one of two things would happen: The pandemic would break, or the contest for the presidential nomination would be settled, sparing the state from trying to conduct an election.

A minor candidate named Rocky De La Fuente remains on the ballot for the Republican nomination for president in Connecticut.

De La Fuente, who has used the courts for ballot access in previous races, has made no public pronouncements about his status, nor has he indicated whether he would sue to force a primary against Trump, whose hold on the GOP nomination was never in jeopardy.

State officials have said privately they were willing to be sued by De La Fuente, rather than open the polls solely to accommodate him.