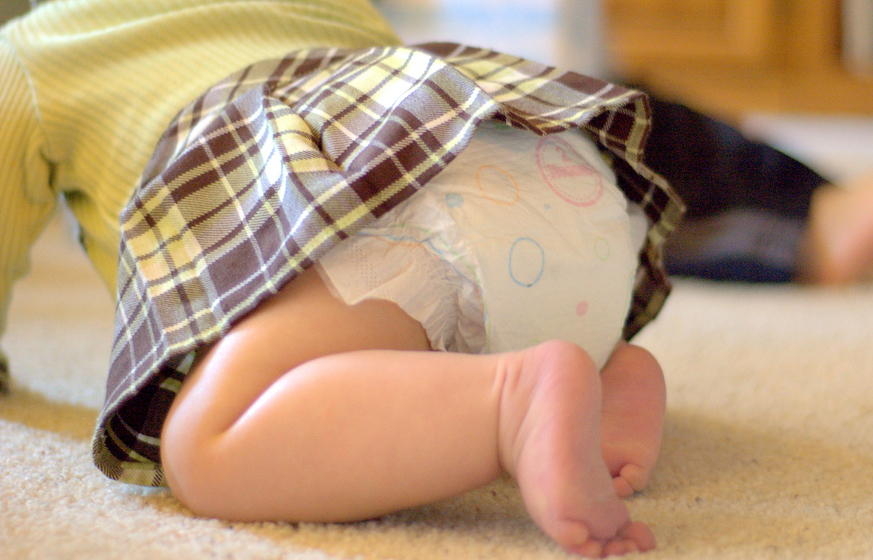 Mallory Pease’s contractions grew stronger as her husband, Mitchell, drove her to Oaklawn Hospital in Marshall, Michigan, to give birth to their second child. It had been a routine pregnancy, but she told her doctor she’d recently developed a sore throat, aches, coughing and shortness of breath — symptoms her provider knew could indicate COVID-19.

So, when she arrived at the hospital, she was taken to an isolation area, tested for the coronavirus and given oxygen. She took shallow, panting breaths as she delivered her daughter on March 23 in about five hours.

But she could hold little Alivia for only five minutes before the newborn was whisked off to a nursery. Pease, 27, was transferred to a COVID-19 floor, where she was told her test came back positive. By the next morning, she was so ill that her doctors discussed putting her on a ventilator.

As she struggled to breathe and worried for her life, her heart ached to hold her newborn. Instead, she held tight to the memory of that brief glimpse.

When she finally got to cradle Alivia in her arms four days later, she said, “it was kind of like meeting her all over again.”

Across the U.S., COVID-19 is radically altering medical care, not only for vulnerable elders but also for pregnant women and their babies entering the world. “In the last six weeks, our entire world that was known as being normal has completely turned around,” said Dr. Edith Cheng, division chief for maternal fetal medicine at the University of Washington.

Hospitals from Seattle to St. Louis are recommending separating infected mothers from their newborns for days, and asking the women to forgo the intimacy of skin-to-skin contact, and sometimes breastfeeding, to help prevent their infants from contracting the disease.

The actions are based on guidance from medical associations. Officials with the Centers for Disease Control and Prevention had advised separation across the board until updating their guidance on April 4 to consider it case by case.

Separation runs counter to most any parent’s birth plan — and to the best research on family-centered care. But experts say it’s important to put protections in place, given the still-evolving understanding of the effects of COVID-19 during pregnancy and childbirth.

“Can babies be infected if the mother is infected at birth? The answer is yes, not commonly, but yes,” said Dr. Karen Puopolo, an associate professor of pediatrics at the University of Pennsylvania School of Medicine and co-author of the American Academy of Pediatrics guidelines on COVID-19 and newborns.

It’s not clear how many pregnant women have been infected with COVID-19 across the U.S. They accounted for just 2% of cases tallied in one early report. With more than 830,000 confirmed infections in the U.S. as of Wednesday afternoon, that’s still many thousands of expectant women potentially affected by the deadly respiratory virus.

Many pregnant women may be infected and not know it. Of 215 women admitted for delivery at New York-Presbyterian Allen Hospital and Columbia University Irving Medical Center in New York City from March 22 to April 4, about 15% tested positive for the coronavirus, but the vast majority showed no symptoms upon admission.

Scattered reports of infants possibly being sickened by the coronavirus are surfacing nationwide. A 9-month-old baby in Chicago who tested positive for COVID-19 died in March, though further investigation has raised questions about whether the virus was to blame. This month, a 6-week-old girl who tested positive for the virus died in Connecticut; investigation also continues into her cause of death. Kentucky’s governor recently announced that the state’s new cases included a 10-day-old boy.

Very young babies may be at higher risk for serious complications from COVID-19 than other children. Although those 18 and younger make up fewer than 2% of all COVID-19 cases in the U.S., infants accounted for most of the hospitalizations in pediatric cases, according to the CDC. Of 95 children younger than 1 hospitalized between Feb. 12 and April 2, at least 59 were hospitalized, and five were admitted to the ICU.

That information — plus limited data on infections in babies in China — has shifted the thinking of many obstetrics specialists, said Cheng.

In recent weeks, several pregnant women infected with COVID-19 have delivered babies at Cheng’s hospital, the UW Medical Center in Seattle. Their newborns were sent to a special section in the neonatal intensive care unit. At other facilities, separation might involve taking the newborn to another room, or letting the mother and baby stay in the same room, but 6 feet apart and often separated by a curtain.

They’re kept apart from moms — and sometimes dads, who also may be sick — until the parents have had no symptoms for three days or for a week after their first symptoms, whichever is greater.

Given the still-scant data about the effects of COVID-19, some experts question whether separating mothers and newborns is wise or warranted. Disrupting the bonding that occurs in the first days of life could have far-reaching consequences, said Dr. Yalda Afshar, an OB-GYN at UCLA Health in Los Angeles.

“Being completely data-blind but counseling women on their outcomes and their babies’ outcomes is just wrong,” she said.

To fill the data void, Afshar and colleagues at the University of California-San Francisco have created a nationwide pregnancy registry to track the effects of COVID-19 on pregnant women and their newborns. Already, more than 1,000 people have signed up for the study.

Silvana Vergara Tobin, 33, who runs an online art gallery in New York City, is among them. Tobin fell ill with COVID-19 in mid-March and is worried about the potential effects on the baby boy she expects to deliver in August.

“What really scares me is that I might get it again,” said Tobin, whose symptoms included sinus headaches, body aches and a persistent cough. “Or that the baby didn’t get immunity and he might get it once he’s born.”

The registry will track women and their babies from early pregnancy through a year postpartum, trying to answer basic questions. “Do pregnant women with COVID have more severe, less severe or different disease?” Afshar said. “Does it transmit in utero? Does it cause birth defects?”

Doctors and patients said it’s frustrating that so much remains unknown.

Alaine Gilpin, who lives near Louisville, Kentucky, tested positive for COVID-19 in early April after coughing for a month but showing no other symptoms. She gave birth at Norton Women’s & Children’s Hospital on April 11 at 5½ months’ gestation. The baby boy weighed just 1 pound, 9 ounces and needed the aid of a ventilation machine. She now wonders: “Could this be a result of COVID?”

To protect moms and babies, many hospitals with enough test kits are starting to test all women who show up to give birth. Dr. Chemen Neal, an OB-GYN with Indiana University Health, said her colleagues bathe the babies of COVID-positive moms just after birth. And like medical professionals elsewhere, they talk to each mom about pumping breast milk for her baby or breastfeeding only after washing her torso and hands and wearing a surgical mask.

At some hospitals, COVID-19 births can be especially challenging. At Barnes-Jewish Hospital in St. Louis, for example, women with symptoms can’t give birth in the normal labor and delivery area because it’s in a building that also houses severely immunocompromised patients. A triage tent has been set up outside, and moms with known or suspected COVID-19 are routed through the emergency room into a special delivery area.

Another challenge is keeping babies safe after they are discharged from the hospital. Ideally, experts recommend infected moms stay 6 feet from their babies while another caretaker provides daily care, but often this is difficult, particularly for women who lack family support.

Pease worried about passing the virus to her baby after getting home. Before embracing Alivia at her aunt’s house, and for the next few days, she said, she wore a mask and “washed my hands like crazy.”

But over time, Pease’s symptoms have eased and she’s gotten stronger. Though she still gets tired in the evenings, she’s now able to feed, change and care for her newborn. And she said her bond with the baby is strong.

This story was originally published in Kaiser Health News.