She worked at a hotspot. Did coronavirus follow her home? 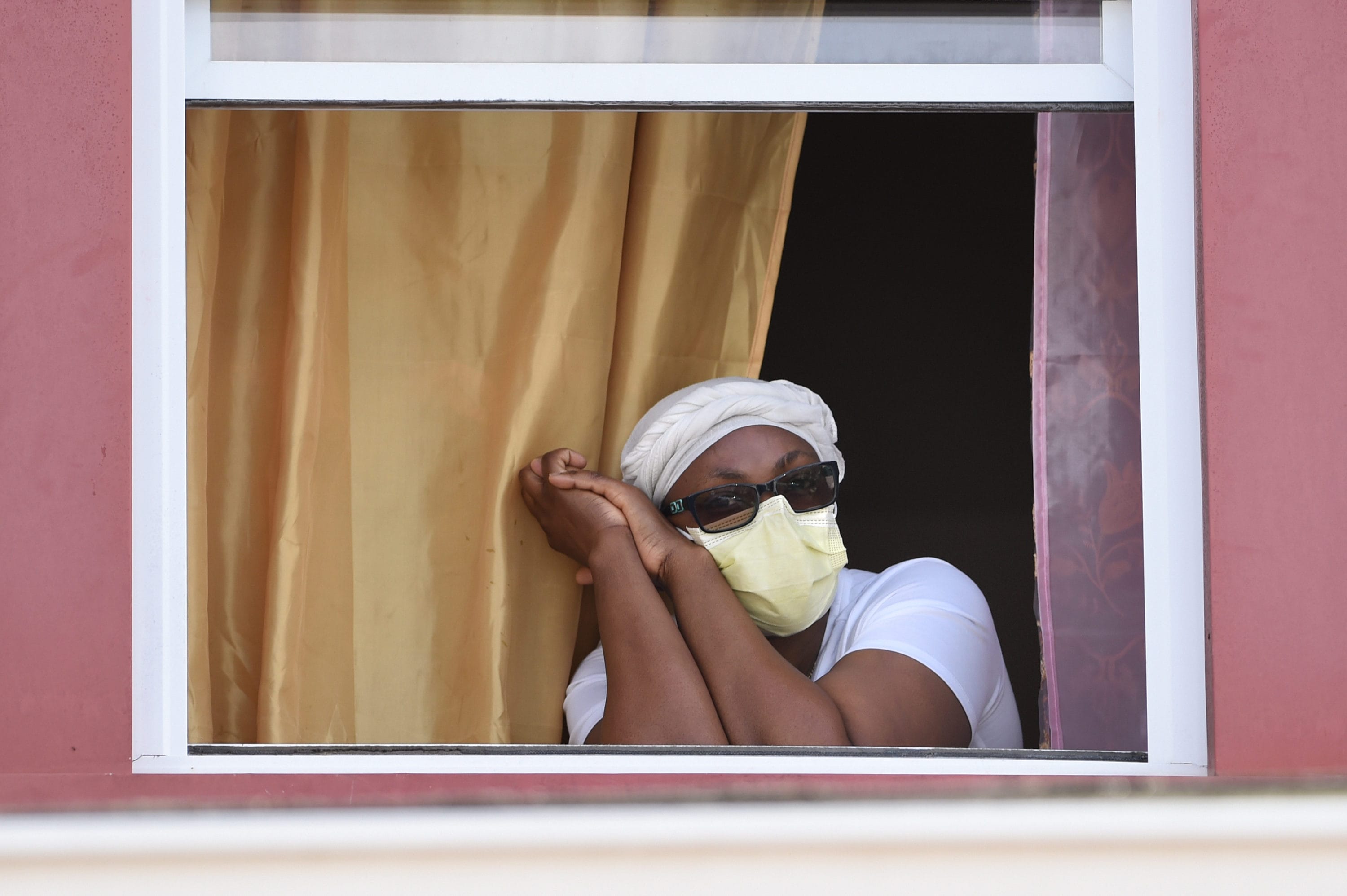 Francene Bailey at the window of her home during her quarantine for COVID-19.

No one can say precisely where and when a virus infects a human being. But Francene Bailey is convinced that she passed the novel coronavirus to her mother, Hazel L. Bailey, at the foot of the stairs in their two-family house in Hartford on the morning of March 31.

This is the first story in an occasional series featuring the experiences of people from around Connecticut.

The day before, Francene had been tested for COVID-19.

She was home sick for a week with a cough and fever when an administrator at the Windsor nursing home that employs Francene as a certified nurse’s aide called to urge that she be tested. A resident of the home, Kimberly Hall North, was COVID-positive. The first of many, it would turn out.

Francene was tested at the drive-up site at St. Francis Hospital and Medical Center on March 30, then returned to the emergency room the next day, fighting for breath. A chest X-ray showed pneumonia. They sent her home with a prescription.

I was facing her while she gave me that bear hug.” — Francene Bailey

Back in her second-floor flat, she couldn’t seem to get enough air. Alone, she panicked and ran for the stairs. Her mother was downstairs, watching three grandchildren, one of them Francene’s five-year-old daughter.

“I don’t know where I was going,” she said Wednesday, softly chuckling. “I didn’t have my jacket. I just ran.”

Francene isn’t sure what kind of sound she made tumbling down the stairs, but it brought Hazel running from the kitchen. She found Francene wearing a surgical mask, unable to talk.

“Take the mask off,” Hazel said.

Before she could react, the mother hugged the daughter. It was a big hug, one that held her up.

“I was facing her while she gave me that bear hug,” Francene said.

Francene thinks that was the moment. She is certain an invisible virus, SARS-CoV-2, passed from daughter to mother during that hug borne from maternal instinct. Francene’s test came back the next day, April Fool’s. It was positive, one of 429 new cases confirmed that day.

The Baileys are from Clarendon Parish, Jamaica. The emigrated in 1983, when Francene was 15. Her voice still carries the faint lilt of the island.

Hazel worked as a housekeeper in a hotel. She retired in March 2017, not long after the family threw her a party for her 70th birthday. In retirement, she cared for three grandchildren.

Three generations of Baileys came to live in a white-sided, red-trimmed, two-family house on Chatham Street, down the hill from Blue Hills Avenue and up the hill from a small playground with a fire-truck playscape. It was built in 1928, porches fronting each apartment.

Francene took the upstairs apartment, three bedrooms. Hazel took the first-floor with another daughter, a postal worker, and her two children.

Francene’s oldest son is 26, a construction worker out of the house and on his own. A daughter is a sophomore at Georgia State University, a teenaged son still lives at home. Her youngest is five.

The daily workday routine for Francene was to bring her daughter downstairs, then drive to Kimberly Hall North, where she’s worked for 25 years. 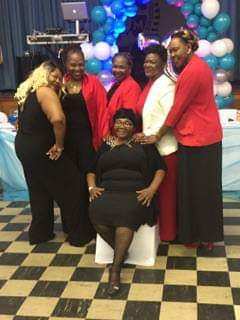 On March 23, the day Francene started to feel ill, there had been only 415 confirmed cases throughout the state in the weeks since the virus was first detected in Connecticut. There had been only three cases in Windsor— and none at the nursing home.

Masks were not yet widely available to nursing home staff.

One of the first three Windsor residents to test positive was the town’s Democratic state representative,  Jane Garibay, who called in Wednesday to Gov. Ned Lamont’s daily briefing to reinforce his message of continuing social distancing, even as hospitalizations fell for the seventh consecutive day.

Garibay told reporters she was sick for 2½ weeks, her fever peaking at 103.5. Garibay lives with her husband and their niece, who has Down’s Syndrome. But she isolated herself, and neither became infected.

Hazel Bailey showed symptoms less than a week after Francene tested positive. On Monday, April 6, she didn’t come out of her room, too tired to move. On Tuesday, the Baileys called an ambulance to take their mother to St. Francis.

Francene was still quarantined and didn’t see her off. Her brother told her he had spoken to Hazel by phone, and she was worried about Francene, the youngest of her four children. By then, Hazel was either in ICU or on the way. Francene isn’t sure.

Francene tried to call several times, finally getting through to a nurse.

Francene said she assured her mother that she was recovering.

“’I’m going to be OK, so you just fight, so that when you get out of the hospital, we can take a long vacation and go home.’ She said, ‘OK.’ And that was the last time I spoke to her.”

The same day, the state Department of Public Health reported 41 deaths associated with COVID-19, bringing the state’s toll above 1,000. Ten days later, the number of dead attributed to the pandemic had doubled to 2,168, and Kimberly Hall North emerged as the scene of one of the nation’s deadliest COVID-19 outbreaks. 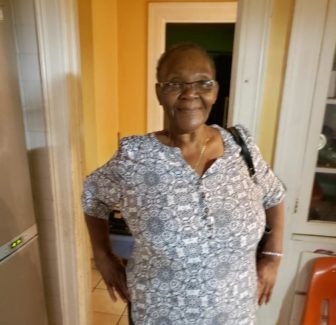 The Baileys are planning to bury their mother on May 14.

Due to the pandemic, there was no wake, no funeral.

Members of Francene’s union, the New England Health Care Employees Union District 1199 SEIU, dropped off care packages. She is grateful. Francene has exhausted her sick and vacation time and has applied for workers’ compensation while she recovers. She still has a wracking cough and tries to keep a distance from her young daughter.

Francene said there is no doubt she was infected on the job, then brought the virus home to her mother. She feels guilty, though everyone assures her she was blameless. If Hazel was infected while comforting her daughter at the staircase, it came from maternal love, Francene said. She can understand and find comfort in that.

The Baileys belong to the Faith Seventh Day Adventist Church, an imposing dark brick building across from the entrance to Keney Park. It once housed a synagogue, Temple Emanuel.

Church members arrived at the house last Saturday. Francene came to the window. Improvising in the age of the coronavirus, they found a way to acknowledge a death and celebrate a life.

“They were praying. They were dancing. They were singing prayers to keep our spirits up. They did an awesome job,” she said. “My mom would have loved it. My mom loved to dance.”