Lawmakers concerned about reopening next week, but Lamont pushes forward 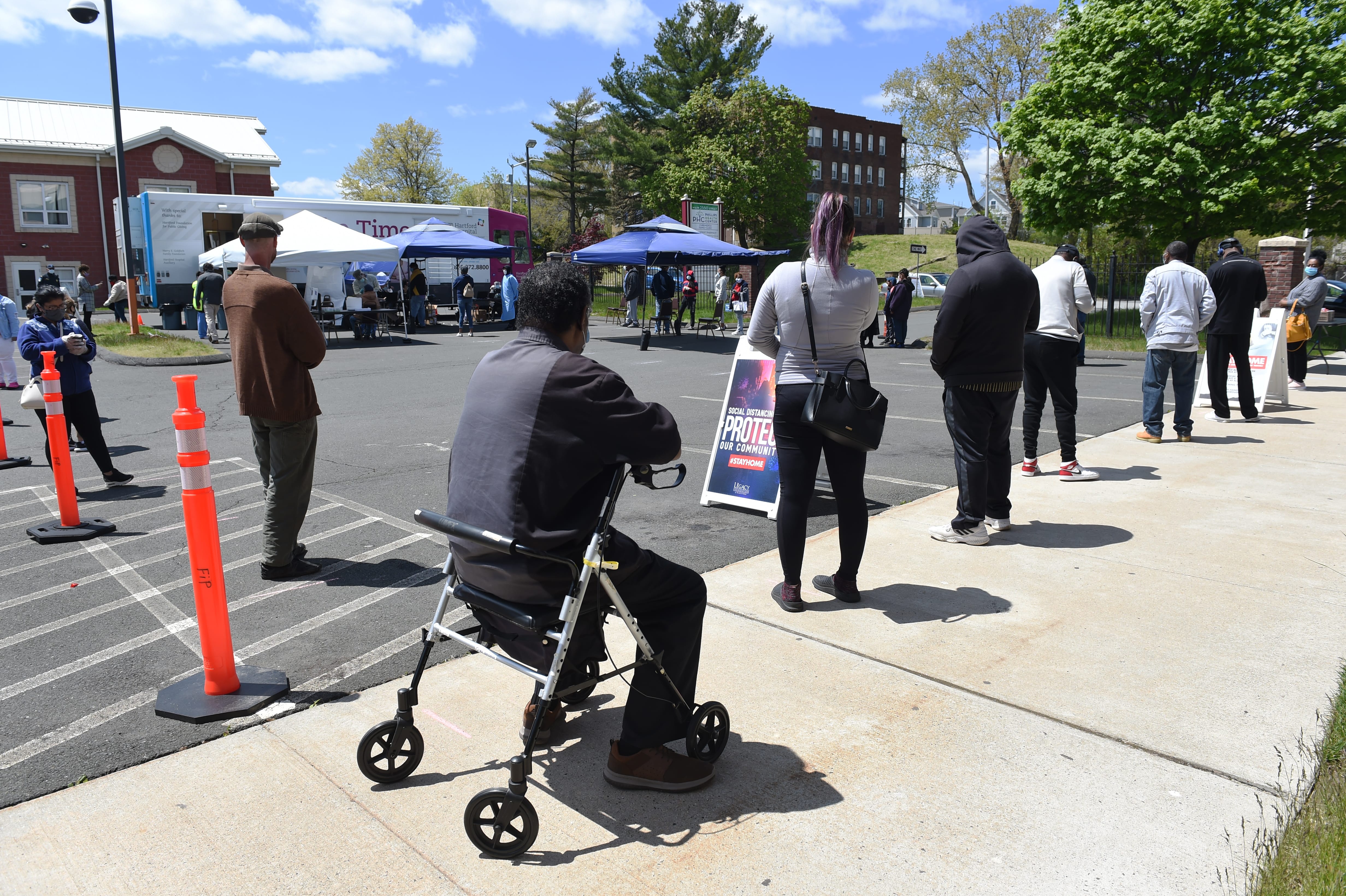 Coronavirus-related hospitalizations continue to decline as Connecticut works its way toward reopening portions of its economy on May 20th. But on Thursday, a group of Democratic state senators said that date was too soon, and urged Gov. Ned Lamont to delay his plans to ease business restrictions.

Two groups of Democratic lawmakers told the governor this week that they are concerned the state is moving too quickly to reopen. On Thursday, nine lawmakers wrote to Lamont and said the new positive tests for coronavirus still indicate community transmission is happening at a rate “far beyond our ability to track, trace and isolate,” and they are asking him to delay his plans to phase out restrictions beginning May 20.

Included in another letter sent by Senate Democrats earlier this week were a list of questions about Lamont’s reopening plans, including several about the availability of coronavirus testing.

“There is currently not enough testing to provide routine testing on essential workers including nursing home workers and state employees in congregate settings,” the legislators said. Both letters are signed by several legislators, including state Sen. Saud Anwar (D-South Windsor), a physician and pulmonary care specialist, who has worked in the Intensive Care Unit of Manchester Memorial Hospital during the pandemic.

At his daily briefing Thursday, Lamont responded to the criticism by saying he understands where the lawmakers are coming from.

“Can we always do more? Yeah, I appreciate the ongoing concern that people have,” Lamont said. “But I think we’ve got the right balance going forward right now. I think you have a sense that we put public health and public safety first and foremost, and whatever we do, we’re doing very cautiously.”

“I can’t overemphasize how important testing is, but testing only works if you’re willing to get tested,” Lamont said. “We have a lot of capacity at our hospitals, a lot of capacity still at our drive through facility in New Haven.”

CVS Health announced Thursday it will open a dozen new testing centers at drive-up pharmacy locations across Connecticut. The new centers will complement an existing rapid-testing site in New Haven and are part of a statewide effort to increase the number of people tested for coronavirus.

The sites will use “self-swab” kits given to individuals who stay inside their cars. Patients must register in advance beginning Friday, May 15, to schedule an appointment.

In a statement, the company said residents will be directed to the pharmacy drive-thru window and that “a CVS Pharmacy team member will observe the self swab process to ensure it is done properly.”

Tests will be sent to an independent, third-party lab for processing and the results will be available in approximately three days.

Geballe said the state now has “locked-in capacity” to process over 70,000 tests per week by May 20th.

A spokesperson for the governor said that capacity includes all labs in Connecticut and out-of-state-commercial labs that would process samples collected from a patient.

The new CVS testing sites in Connecticut include:

That’s more than three normal years’ worth of requests in two months.

The Department of Labor has processed about 480,000 of the 515,000 applications received since March 13, or about 93%, Bartolomeo said, adding the agency also has achieved its goal of a one-week average processing time.

“Applications” and “claims” for jobless benefits are not synonymous. A claimant might file more than one application if the first contained an error, or if information had to be changed for other reasons. And while labor officials could not say how many specific individuals have sought benefits since March 13, they insist claim totals during the pandemic still far exceed those of normal conditions.

Despite ordering overtime and quadrupling the number of staff assigned to processing, the department found itself swamped by applications as the pandemic intensified.

The average wait-time for processing reached six weeks as the agency began emergency programming updates to its 40-year-old system.

Bartolomeo added Thursday that the department has paid out more than $1.3 billion in state and federal unemployment benefits since mid-March.

Connecticut Attorney General William Tong said Thursday his office has received a “steady flow of complaints” from couples and families planning weddings during the coronavirus pandemic.

Tong said many of the complaints center around disputes between couples looking to cancel or postpone their wedding and venues charging “exorbitant” cancelation and postponement fees.

“We’re asking people to read their contracts,” Tong said. “Work with their wedding venues. Most wedding venues are owned and operated by people who run facilities in their own towns and communities, they’re under tremendous pressure, so do what you can to work something out and go by the language of your contract.”

Tong said couples who feel they are being treated poorly by venues should call his office or the state Department of Consumer Protection.

“We can try to help,” Tong said. “And in many cases, we have been able to help, not just with weddings, but also with travel, and we’ve been able to get people their money back.”