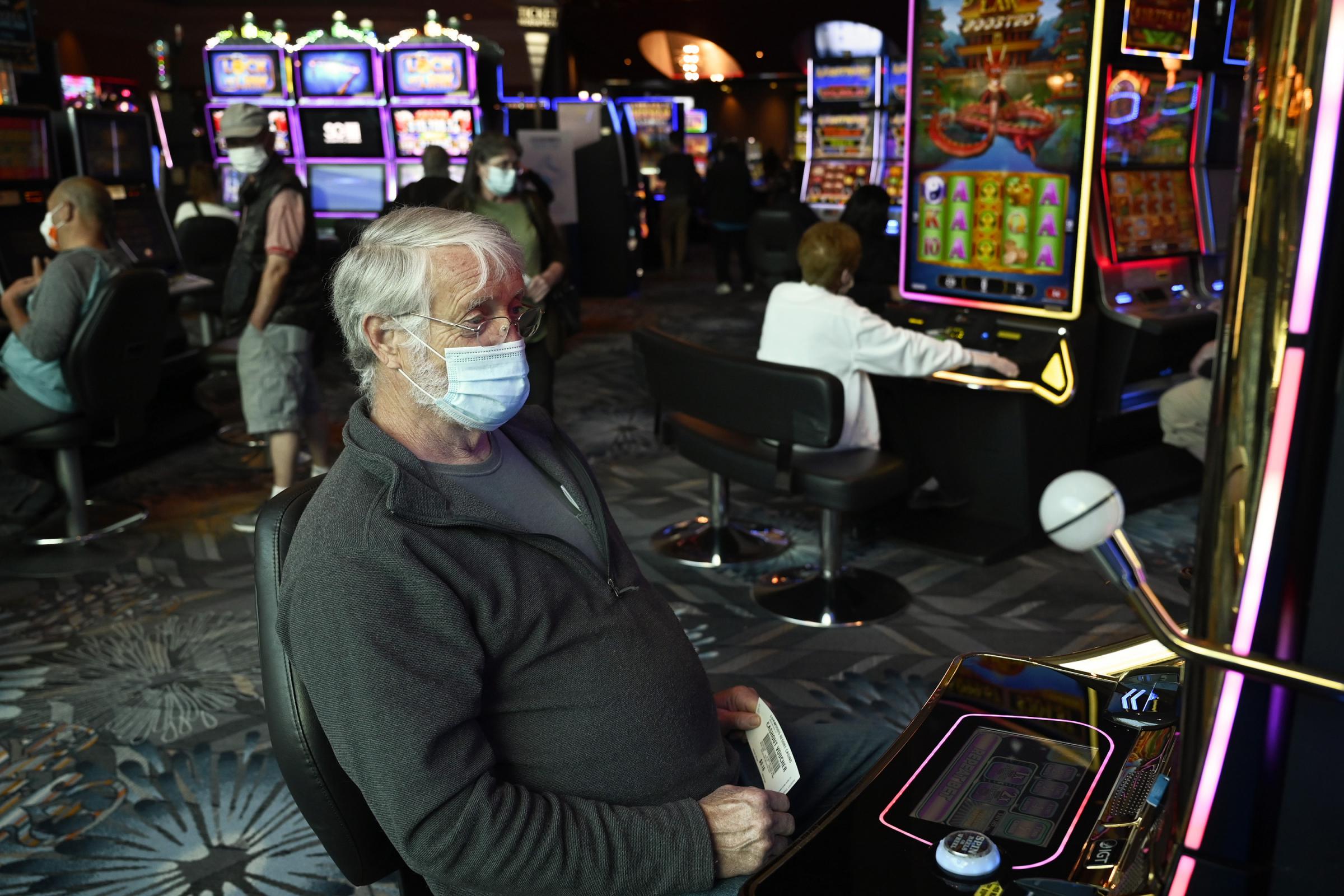 “These machines have been sitting to long — they’re too cold,” said Richard Franklin, 68, of New London after a dry spell at a slot machine. He’s one of the returning customers to Foxwoods Casino on the day Connecticut’s tribal casinos re-opened.

Connecticut’s two casinos are now taking paying customers after being closed down for two months.

Tribal leadership shuttered the casinos March 18, for the first time in their history, over fears of the spread of COVID-19.

“I just want to make sure — before I go in there, try to enjoy myself, and have fun – that everything is safe first,” McKim said.

Among indicators McKim watched for – the use of hand sanitizer and face masks.

Customers’ body temperatures were checked as they came off the elevator to walk into the Grand Pequot Tower lobby, to screen for fever.

Valerie Adams was a part of group making their return to the casino.

“Life in quarantine sucks and it’s good to get out,” Adams said. “It should’ve been earlier.”

While customers may be welcoming the re-opening with open arms — and wallets — the tribes that run the casinos are facing criticism from the state.

Drivers heading into both casinos on Monday were greeted with a digital message on the side of state roads that read “AVOID LG GATHERINGS. DON’T GAMBLE W/ COVID.”

The Connecticut Department of Transportation confirmed to Connecticut Public Radio four of these signs were put up.

Gov. Ned Lamont believes now is not the time to re-open. He worries about casino patrons 65-and-older who the CDC says are at a higher risk of contracting COVID-19.

“I would not be going to a casino right now – my age group,” Lamont said on Connecticut Public Radio’s Where We Live Monday. 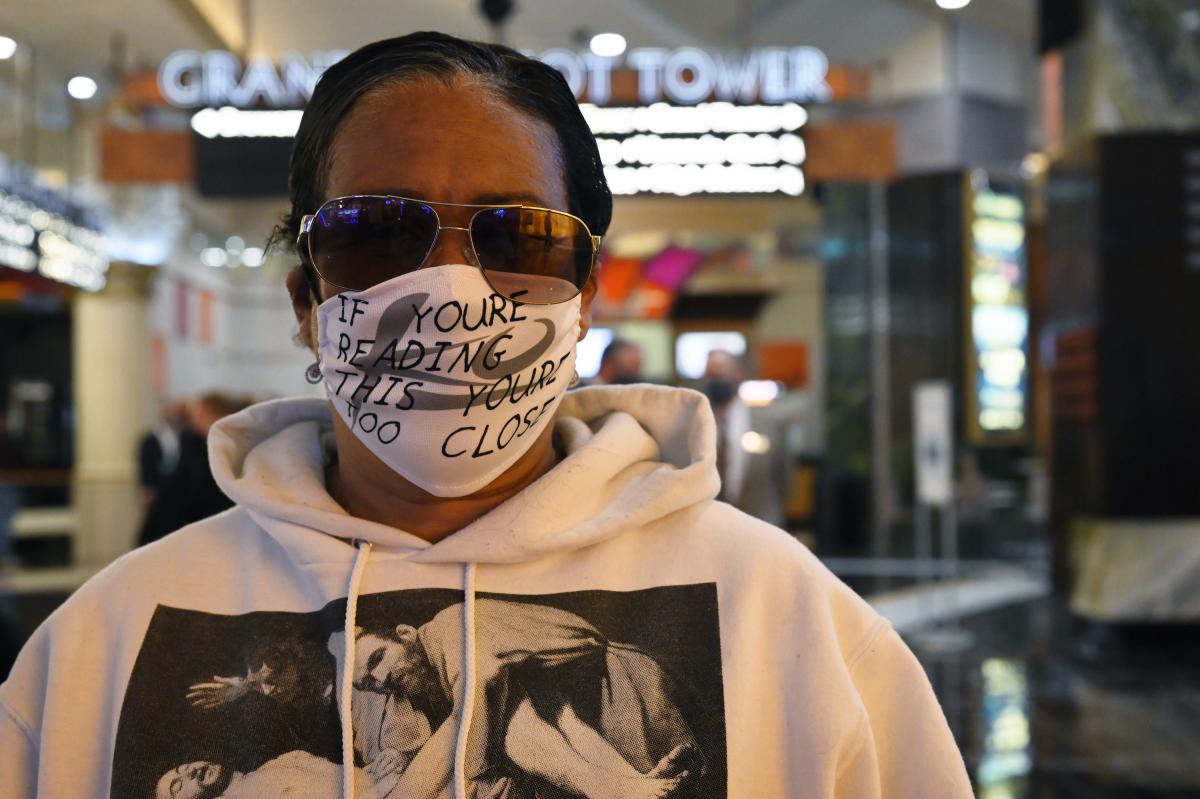 New Hampshire resident Caroletta Alicea, 69, returned to her favorite casino in Mashantucket, Conn. on the day it re-opened following a two-month pandemic-induced closure, despite being immuno-compromised.

Foxwoods had committed that it would not allow buses to bring people from neighboring states, in an effort to contain the spread of coronavirus. But in fact, on Monday it was easy to meet people on the premises from beyond Connecticut’s borders.

Caroletta Alicea, 69, is from New Hampshire. She said she’s immuno-compromised, but even so, she planned to spend the next three days at the resort — her favorite casino.

“I’m not afraid in any way that anything’s going to happen to me and I love myself and I love my family – I wouldn’t stay if I thought that it wasn’t a successful run what they’re doing here,” Alicea said. “I’m very pleased.”

Alicea wore a mask gifted to her by her grandson. It says “if you’re reading this – you’re too close.”

“I never leave the room without my mask and my gloves.” Alicea said. “If I touch something, I still use the hand sanitizer. It doesn’t matter whether I have the gloves on or not. It’s right there, it’s available for me.”

The pandemic-induced hiatus marked the first time since the two casinos opened separately in the early 1990s that Foxwoods and Mohegan Sun had closed their doors.

In addition to temperature checks, the mask requirement, and availability of hand sanitizer, Foxwoods says it’s only allowing 25 percent occupancy to mitigate coronavirus exposure for guests and workers.