Lamont pledges to add $1,000 fine, force of law, to his travel quarantine policy 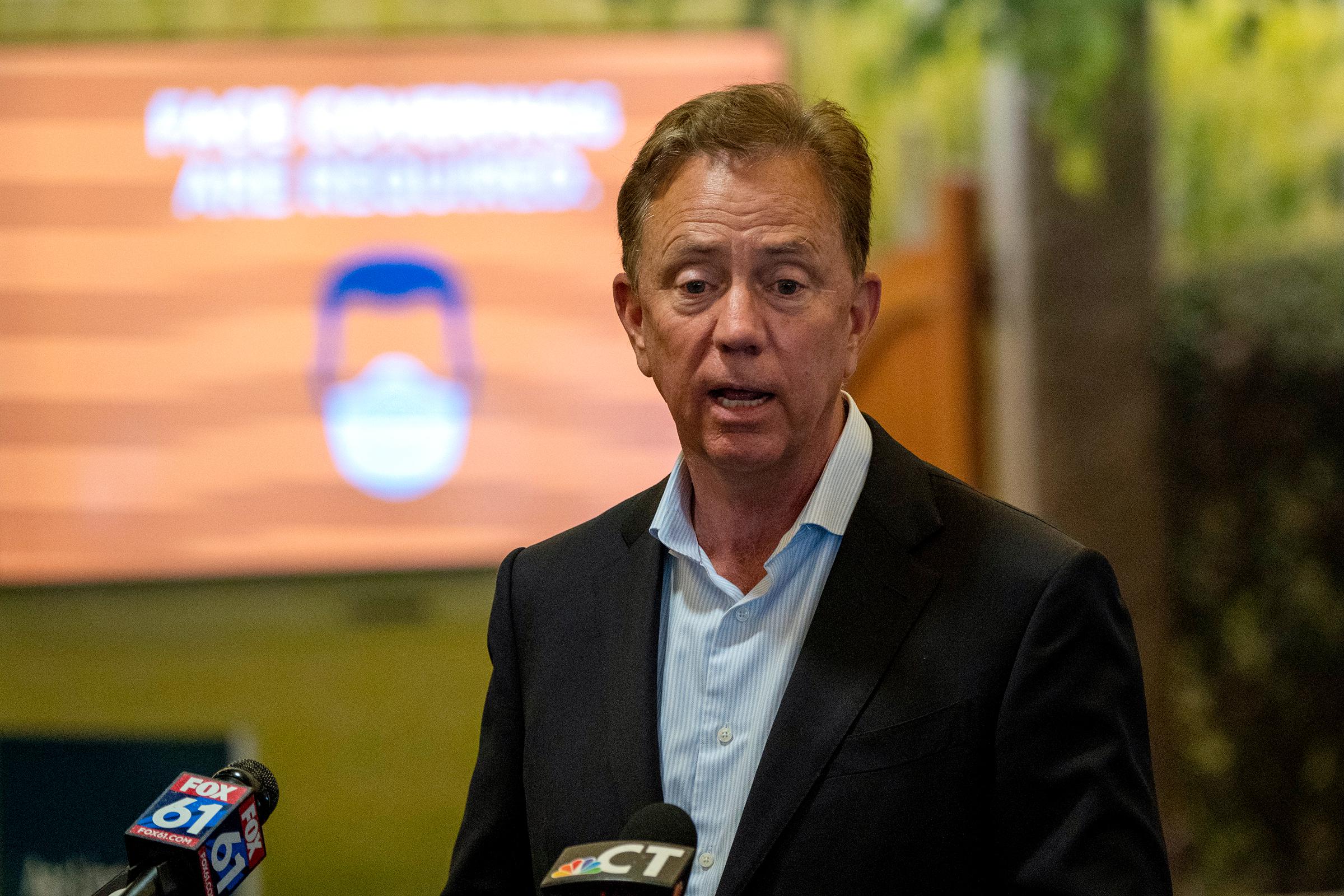 On June 25, Gov. Ned Lamont went to Bradley International to announce new quarantine procedures for travelers coming to Connecticut from some states with high infection rates.

Gov. Ned Lamont pledged Monday to add teeth, including a $1,000 fine, to his 14-day quarantine policy for travelers coming to Connecticut from coronavirus hot spots around the nation.

“You go to a hot spot, you come back to this state, you either have a test that shows you tested negative or you must quarantine for 14 days,” Lamont said during a late afternoon televised briefing. “We’re going to issue an executive order not guidance … that’s going to clarify that in no uncertain terms.”

As infection rates in the nation’s South and West began skyrocketing last month, Lamont began urging those entering Connecticut from those states to self-quarantine.

The administration’s list of “hot-spot” states has grown steadily as infection rates have swelled, not only in the South and West but also in the midwestern and Rust Belt states.

As of July 17, the administration posted 22 states that meet the criteria as hot-spot states — having daily increases in infection rates of 10% or more. And Lamont said he expects his list will cover more than half of all states at some point this week.

By comparison, Connecticut’s daily infection rates have been increasing for much of July at less than 1%.

Connecticut recorded another 162 positive coronavirus tests over the past weekend, bringing the statewide total to 48,055, according to the administration. Another 10 people died from the virus, which has claimed 4,406 Connecticut lives since the pandemic began.

Hospitalizations from COVID-19 in Connecticut dropped by 12 over the weekend, bringing the total down to 54.

Besides converting the advisory into an executive order — thereby giving it force of law — Lamont said those planning to visit or return to Connecticut will be mandated to fill out the form indicating the state they visited, the Connecticut address at which they will self-quarantine, and their personal contact information. But the governor said Monday that state health officials also will be stationed periodically at airports to ask people to show their forms.

“We know that COVID came to this country by airplane and we don’t want it to come by airplane again,” Lamont said during his briefing.

The order will include a $1,000 fine for those who violate the self-quarantine rule. “When we’re going to impose that fine — we’ll see,” the governor added cryptically.