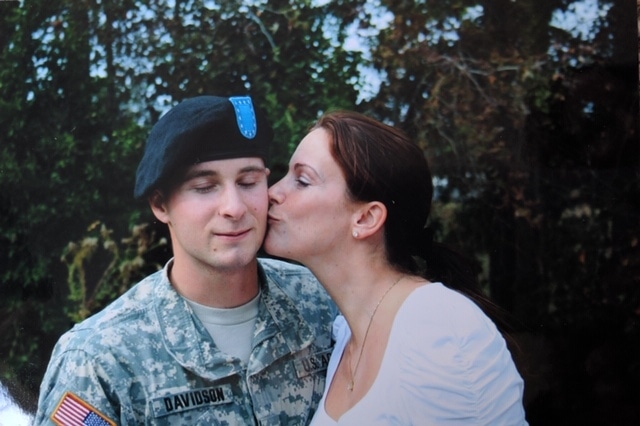 Donna Chapman gives her son, Sergeant William Davidson a kiss. Davidson struggled with mental health disorders after his deployment in Afghanistan and killed himself in 2017.

Sgt. William Davidson had been struggling with mental health problems since his deployment to Afghanistan. When he didn’t attend at least one of his Connecticut National Guard drill weekends, the Guard declared him AWOL (absent without leave) and discharged him with a “bad paper” separation. Four months after his discharge, Davidson, 24, fatally shot himself.

Davidson, who had two younger sisters, is one among thousands of veterans who die by suicide each year. Despite national goals to prevent veteran suicides, they occur at disproportionately higher rates than in the general population.

More than 78,000 veterans died by suicide between 2005 and 2017, according to the U.S. Department of Veterans Affairs (VA). Veteran suicide deaths rose from 5,787 in 2005 to 6,139 in 2017. In the active military, the National Guard, with a suicide rate of 30.6 per 100,000, has the highest rate of any branch, according to the most recent Department of Defense Annual Suicide Report. The overall rate among all active military components was 24.8. This is occurring against a backdrop of rising suicides among all Americans.

“The numbers don’t do anything but grow,” said Davidson’s mother, Donna Chapman of Suffield. “We’re continuing to fail. I’m sick of it. Everyone’s sick of it,” she said.

Serving in the Guard is unlike other military service. Guard members don’t live on bases. Most are part-time, typically attending monthly weekend drills and two weeks of training in the summer, leaving them isolated from military leaders and empathetic peers.

In the last year, the National Guard has stepped up suicide prevention and wellness efforts. The goal is to get ahead of the suicide problem by providing support long before people get suicide ideations, officials said. It awarded the Connecticut Guard $225,500 for a program designed to mitigate behaviors that increase suicide risk and for conferences on suicide prevention and military culture for community clinicians and counselors who work with the Guard through the state Department of Mental Health and Addiction Services.

Last year, the VA’s Vet Centers agreed to provide counseling and referral services at Guard drill weekends, including for Guard families and veterans. However, the COVID-19 pandemic has prevented many in-person meetings. Under the arrangement, if veterans don’t meet eligibility requirements for continuous VA health care, counselors “will make every effort” to connect them to other resources. Guard veterans who have not been federally activated for service in places like Iraq aren’t eligible for VA health care.

In Connecticut, active Guard members have had access to counselors from Vet Centers and from the state mental health department for years, officials said.

Jolene Montalvo, of Middletown, was a full-time Connecticut National Guard member. She attempted suicide twice in 2013, a year after she retired. The first time, she called a friend to say goodbye. The friend contacted 911, saving Montalvo’s life. The next time, Montalvo was discreet and walked to a cemetery to overdose on vodka and pills. After about 18 hours, state police found her “in pretty bad condition,” she said. 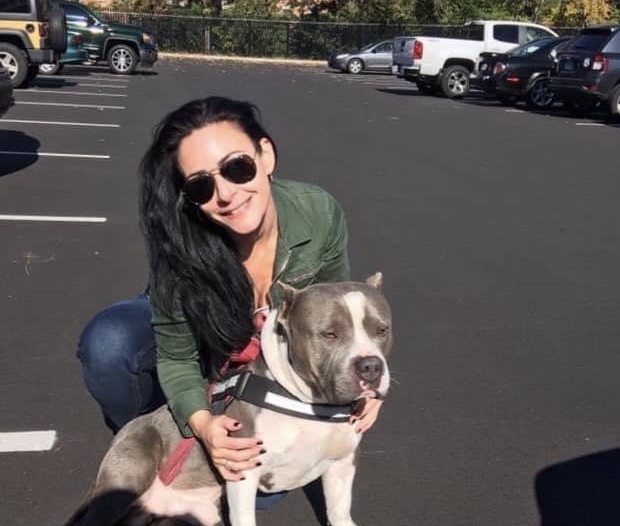 Montalvo, who was born on the Groton Submarine Base, said that after serving in Iraq, she suffered from anxiety, depression, insomnia and bipolar disorder, and began drinking heavily. The transition home to motherhood and her Guard job as a recruiter was a “culture shock” after the constant noise from mortars in Iraq and continuous worry about the safety of people in her command. “I was having a really hard time with reintegration,” she said.

She retired in 2012, but a miscalculation put her retirement date two days short of a 20-year career and retirement pay. “I was in no state of mind to be representing myself during that time,” she said. She is now appealing the date with help from the Connecticut Veterans Legal Center.

Montalvo, 45, receives counseling and medical care through a VA program that helps patients live independently. She said her counselor “has saved my life many times. I love this woman.”

In Connecticut, from 2015 to 2019, VA suicide prevention coordinators helped more than 2,500 veterans or families of veterans who sought assistance from the national Veterans Crisis Line, according to Jessica Loss, a coordinator. She said emergency responders rescued 345 veterans from taking their own lives, adding that 716 callers reported a history of suicide attempts, and 746 reported suicidal thoughts. Her team helped train some local police about veterans with mental health problems.

“What we’re doing is equipping veterans, families and communities with tools to identify signs of suicide,” she said.

In a survey taken last December and January of members of Iraq and Afghanistan Veterans of America (IAVA), 44% reported suicide ideation since joining the military, and 62% said they know a veteran who has died by suicide, a 22% increase since 2014. Thomas Porter, an IAVA executive vice president, called that increase “really shocking” and “huge.”

In June, the Trump administration issued a veterans’ suicide prevention plan designed to raise public awareness, encourage safe firearms storage, identify effective research and increase federal coordination with community mental health providers. About 70% of veterans who die by suicide use firearms, according to the VA.

Proposals in Congress to address veteran suicide include grants to community organizations that treat veterans; automatic one-year eligibility for VA health care; and training in suicide prevention and military culture for community providers that contract with the VA.

Chapman, Davidson’s mother, said Guard leadership missed “red flags” that pointed to her son’s problems. In 2016, Davidson appealed his less than honorable discharge status and requested a medical discharge with full benefits. The VA had diagnosed him with combat-related post-traumatic stress. The appeal was denied, but he never knew. The Army Board for Corrections of Military Records issued an advisory decision in May, 2017, four months after his death the previous January. His mother received the final decision last December.

Chapman has made the prevention of veterans’ suicide her mission. She is raising money to build a veterans’ retreat center in her son’s honor and does public speaking about veteran suicide. “We’ve lost so many this way. It’s unacceptable,” she said.

Or chat online at this link: https://www.veteranscrisisline.net/get-help/chat

This story was first published Aug. 12, 2020, by the Connecticut Health Investigative Team.