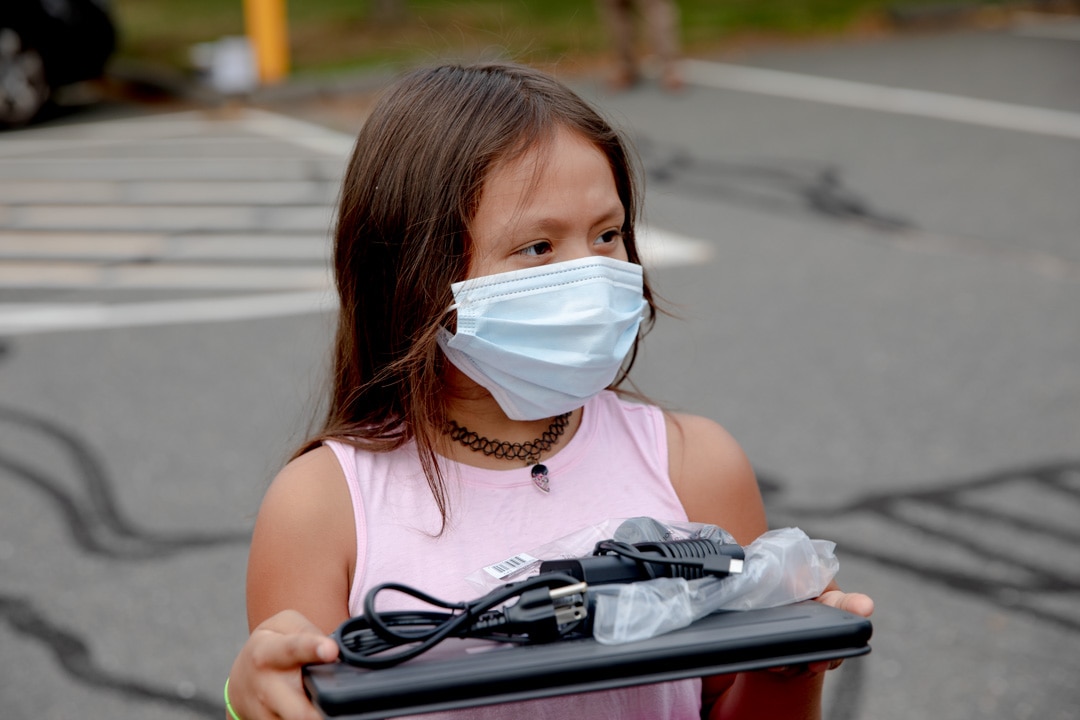 “Parents are looking for stability,” said Jeanna Pignatiello, the chief academic officer for K12.  “Going to an organization that has been supporting this type of learning for 20 years provides them with some comfort.”

New data suggests virtual charter schools are seeing a sharp uptick in interest and enrollment across the country.

For both companies, those figures include charter schools and virtual schools run on behalf of school districts.

Those numbers are in line with spikes reported in Oklahoma, where enrollment in virtual charter schools increased from 19,000 to 33,000 students this year, as well as in Michigan, Oregon, Pennsylvania, Wisconsin, and Utah. Together, they’re the clearest evidence yet that the virtual charter school model is appealing to new families at a moment of upheaval and uncertainty for school districts across the country.

“Parents are looking for stability,” said Jeanna Pignatiello, the chief academic officer for K12.  “Going to an organization that has been supporting this type of learning for 20 years provides them with some comfort.”

The full scale of the enrollment increase won’t be clear for months. School hasn’t started yet in some parts of the country, the virtual schools are still enrolling students, and parents in schools of all types may reassess their options as this year unfolds. But if the growth is substantial, it will both put increased financial strain on school districts that lose students and indicate a reversal of fortunes for the virtual charters, which have faced growing skepticism for their disappointing test scores and graduation rates.

In the 2017-18 school year, the most recent year with national data available, 300,000 students were enrolled in full-time virtual public schools. Most attended virtual charter schools, and about half were in a school run by the companies K12 or Connections Academy, an arm of Pearson. It’s a tiny fraction of the 50 million students in American public schools, but the virtual number will almost certainly be higher this year.

That’s because of parents like Ashley Moyer of Fort Wayne, Indiana. She found herself considering her options after being disappointed by the remote instruction offered this spring by her 12-year-old son’s school, which she said featured few assignments that were graded only for completion. “He really didn’t get the same education he would have got had they continued to be in the classroom,” she said.

She decided to give the school another shot when it reopened a few weeks ago. But on the two or three days each week her son is scheduled to learn from home, Moyer said the instruction still failed to challenge her son, and she worries the district may eventually go fully online. Her plan now is to switch him into a K12-run school in the state.

“If he’s going to be forced to be at home and do e-learning, I want him actually learning,” she said.

But the virtual charter school model is far from proven. National research, as well studies in Georgia, Indiana, and Ohio, have shown that students in virtual charter schools make substantially less progress on state math and reading tests than demographically similar students in non-virtual public schools. A study looking specifically at K12 and Connections Academy schools found the same.

“All the evidence is very, very clear when we talk about outcomes,” said Gary Miron, an education researcher at Western Michigan University who has studied virtual charter schools. “These schools are failing miserably.” (Virtual schools have long disputed the studies’ findings, arguing that they don’t fully account for the unique student population the schools serve.)

Specific virtual charter schools have also been embroiled in enrollment scandals — in multiple instances, collecting public money for students even after they were no longer attending the virtual school. Even some pro-charter groups have called for tighter regulation of virtual charters, or even prohibiting charter schools from being run virtually.

Perhaps as a result of the increased scrutiny, enrollment growth in virtual schools leveled off between 2016 and 2017, and policymakers in some states have put restrictions on their funding and growth.

But all bets are off thanks to the pandemic, which has upended the year ahead and increased interest among policymakers and parents in fully virtual schooling.

“If there’s ever a moment in time where we have to set our differences aside on how education is delivered, this is it,” Rees said.

“I don’t know who is going to do better this year, and I’m afraid that both sides are going to do poorly,” said Miron.

The virtual charter schools are making their case to parents with ads encouraging families to consider a virtual option.

“New to virtual school? K12 has powered online learning for 20 years,” reads one Facebook ad.  “Enroll today and gain the confidence in knowing that they’re learning safely at home,” says another.

K12 declined to say whether the company had increased its marketing budget for this coming school year. A spokesperson for Connections Academy said its advertising budget for this year did not increase as a result of the pandemic.

Virtual school companies wield substantial political influence, but they’ve also faced setbacks and opposition from some public school groups as they’ve tried to grow. Earlier this month, the North Carolina board of education rejected an effort by two virtual schools to increase their enrollment limit, citing concerns that it would hurt school district finances.

“We as a board are responsible for all of the students across the state,” said board member Jill Camnitz. “I want to be sure that, in order to provide some options for some students who don’t have them right now, that we make sure we don’t send negative ripples all the way across the state.”

“There’s thousands of parents of students out there just looking for an option in the midst of an emergency,” countered Dan Forest, North Carolina’s lieutenant governor, who opposed the decision.

Allison Bazin, a spokesperson for Connections Academy, said its schools are prepared to meet their students’ needs. “Schools have hired new teachers and are providing rigorous start-of-school training and ongoing professional development in online teaching. Pearson has invested in providing schools with benchmark assessment tools that will allow them to identify learning gaps and put appropriate supports in place right away,” she said.

“Are we going to lose some whenever schools open back up? Absolutely,” he said. “But will we lose them all? I don’t think so.”