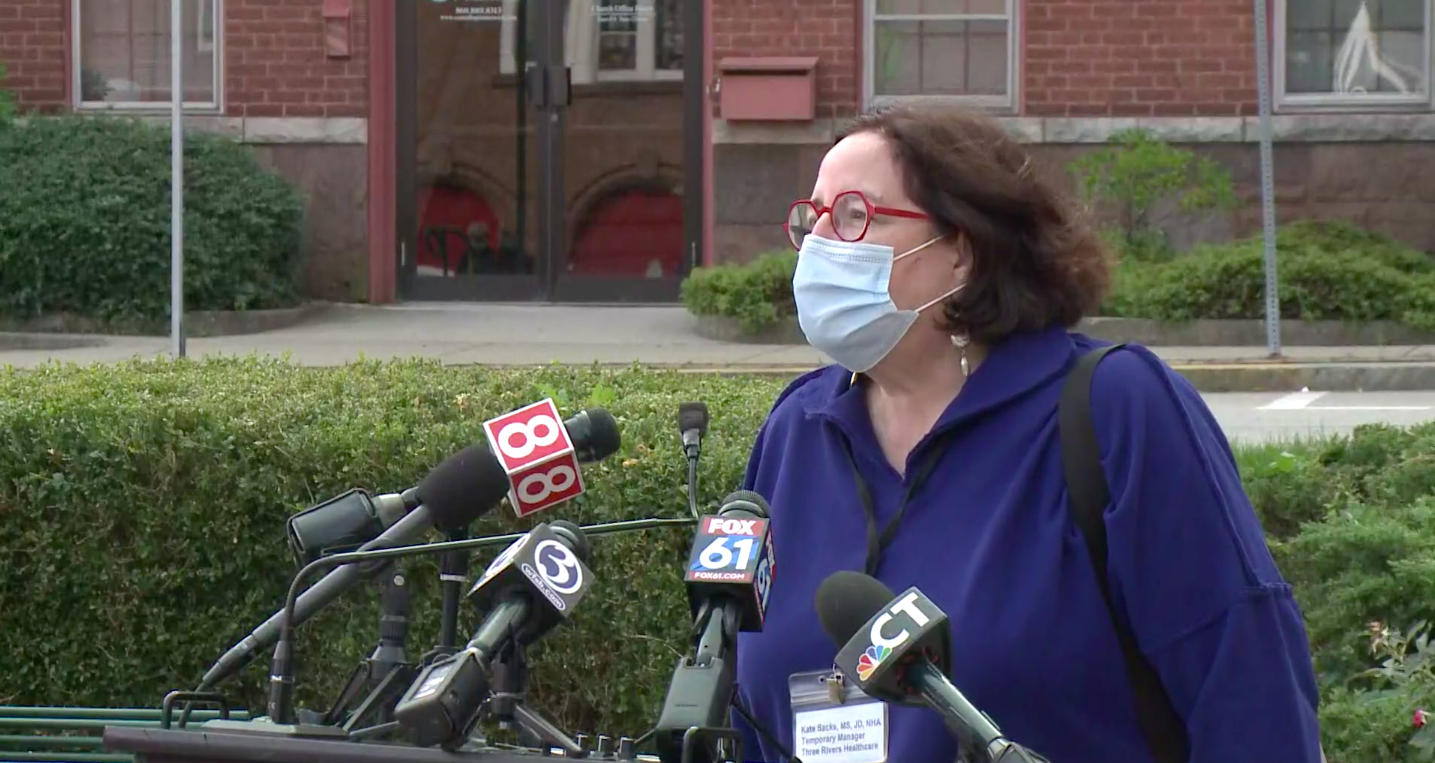 The state Department of Public Health has ordered the removal of all residents from a Norwich nursing home where 27 people have been infected with COVID-19 and at least four have died.

The mandate follows a nearly two-month investigation by the health department into lapses at the Three Rivers nursing home that triggered the largest outbreak of coronavirus in a long-term care center here in months. A temporary manager was appointed last Thursday to oversee operations at the facility, and after spending 30 hours at the building, she uncovered numerous violations that could not be remedied by the state-imposed deadline of Sept. 30.

“During the initial assessment, the temporary manager identified widespread problems in the facility … related to delivery of care, inadequate infection control, deterioration of systems of accountability, lack of staff education, absence of management policy and controls, and other ongoing management, staffing and financial issues,” said Deirdre Gifford, Connecticut’s acting commissioner of public health. The problems “significantly threatened the health and safety of residents and staff.” 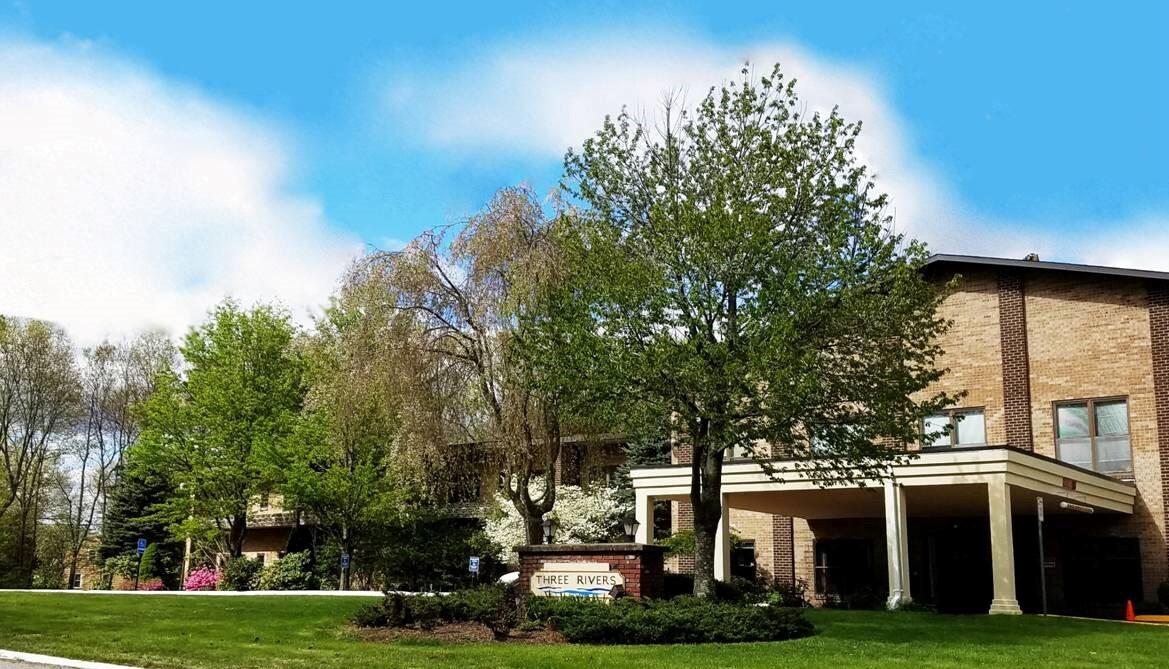 “Our priority now is acting safely and swiftly to relocate our residents to other homes, working closely with their families and loved ones,” they said.

The state in August cited Three Rivers for a slew of violations, including failure to ensure proper cohorting of residents, failure to use personal protective gear in accordance with standards outlined by the Centers for Disease Control and Prevention, and failure to enforce a 14-day quarantine period for a resident exposed to coronavirus. The facility also did not maintain an “updated, accurate or accessible outbreak listing” for the status of residents, failed to screen a visitor for travel history, and did not ensure appropriate storage of reusable gowns, among other lapses, state officials said.

A registered nurse at the home reported for a double shift on July 24 and told colleagues she wasn’t feeling well and had been on a trip with at least two family members who may have contracted COVID-19, according to a state inspection report. Colleagues complained that the nurse took her mask off during the shift.

The nurse had been tested for coronavirus prior to her shift, but the results didn’t come back until days later. She was positive. Her family members also tested positive.

After its initial findings of fault with Three Rivers, the state continued to monitor the facility and noted that it also failed to maintain adequate staffing levels and to meet infection control standards.

Three Rivers’ 53 residents will be transferred to other nursing homes beginning this week, officials said Wednesday.

Seventeen residents who tested positive for COVID-19 and another seven who are suspected of having the disease will be moved to Riverside Health and Rehabilitation in East Hartford, which state officials called “the closest COVID-positive unit.” The stay will be temporary; after their recovery, they can choose where they want to live permanently.

The other residents, who are negative for the virus, will be relocated to nursing homes in the area. State officials are aiming to move fewer than 10 people a day, “one at a time, in separate transport,” isolated from others, said Katharine Sacks, the temporary manager at Three Rivers.

“We have to see how every day goes to make sure that we can handle the process appropriately and consistently,” Sacks said. “If we have a problem, we’re going to slow it down and do it right.”

The state Long Term Care Ombudsman’s office will work with families to help place the COVID-negative residents in homes of their choice.

“I believe that in the area, there are enough fine facilities with a significant number of beds available,” Sacks said. “It’s likely that most, if not all, residents will be able to go to their first-choice home. I anticipate having web meetings with families in the ombudsman’s office to try to ensure they have the opportunity to express themselves clearly on the subject.”

Connecticut’s nursing homes have been hard hit by coronavirus. As of Sept. 8, the most recent data available, 2,877 residents in those facilities had died and 8,835 were infected.

Cases multiplied rapidly at the height of the pandemic in the spring; in recent months, the rate of new cases has slowed. Gov. Ned Lamont hired an outside firm to investigate the state’s and the industry’s response to COVID-19 in nursing homes.

Health officials on Wednesday painted Three Rivers as an outlier, even though two other homes were fined recently for failing to test all of their staff, as the state requires.

“We believe that most of Connecticut’s nursing homes are well positioned to manage these outbreaks,” Gifford said. “They are testing, and they have appropriate staffing and appropriate supplies.”

The recent surge in cases at Three Rivers spilled over to a local hospital. At least nine staff members at Backus Hospital in Norwich tested positive for coronavirus after four residents from Three Rivers were brought there. Hartford HealthCare, the parent company of Backus, said a hospital employee failed to wear a mask properly, causing the outbreak there.

Sen. Cathy Osten, D-Sprague, called on the state to continue its probe into Three Rivers. She said many people still don’t fully understand how the virus was able to spread throughout the facility.

“There are many questions that have not been answered yet,” Osten said. “The people of Norwich and the residents and their families will be demanding those answers. We want to know how this happened and where it came from.”