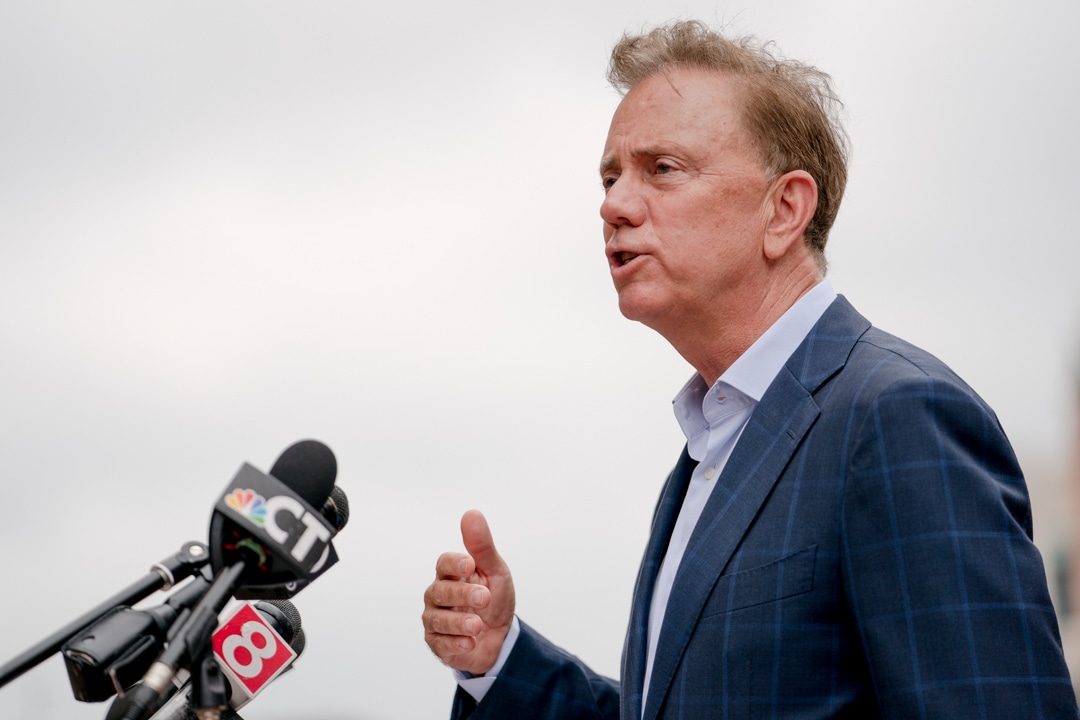 The Massachusetts firm that planned Connecticut’s reopening strategy amidst the coronavirus pandemic will conduct a sweeping overhaul of state government operations designed to reduce costs by as much as $500 million a year — and potentially eliminate thousands of state jobs.

Gov. Ned Lamont tapped the Boston Consulting Group late Friday afternoon to conduct the $2 million study, which will be completed next February and is timed to take advantage of a projected surge in state employee retirements over the next two years.

It’s been 10 years since the last major state workforce study, the governor noted, and since then Connecticut has gone through a sluggish economic recovery, two major state employee concessions packages, and a pandemic that is far from over.

“We need to dig deep into our state agencies and learn more about what to anticipate, and how best to use this challenge as an exciting opportunity to ensure our government is serving our state as effectively as possible,” Lamont said.

The Democratic governor awarded a $2 million contract earlier this year to BCG to coordinate state government’s response to the pandemic and create a phased strategy to reopen businesses, schools and other institutions.

The Senate’s top Republican, Len Fasano of North Haven, criticized Lamont for that deal in May for crafting a strategy with outside consultants rather than developing one in coordination with legislative leaders.

Friday’s announcement prompted more criticism of Lamont, including from one of his fellow Democrats.

Sen. Cathy Osten, D-Sprague, co-chairwoman of the Appropriations Committee, said she was disappointed to see an out-of-state firm get the contract.

“I’m concerned that the top talent in the state of Connecticut is not being used to help the state fashion its future,” she said. “I’d like to see taxpayer dollars spent in Connecticut.” 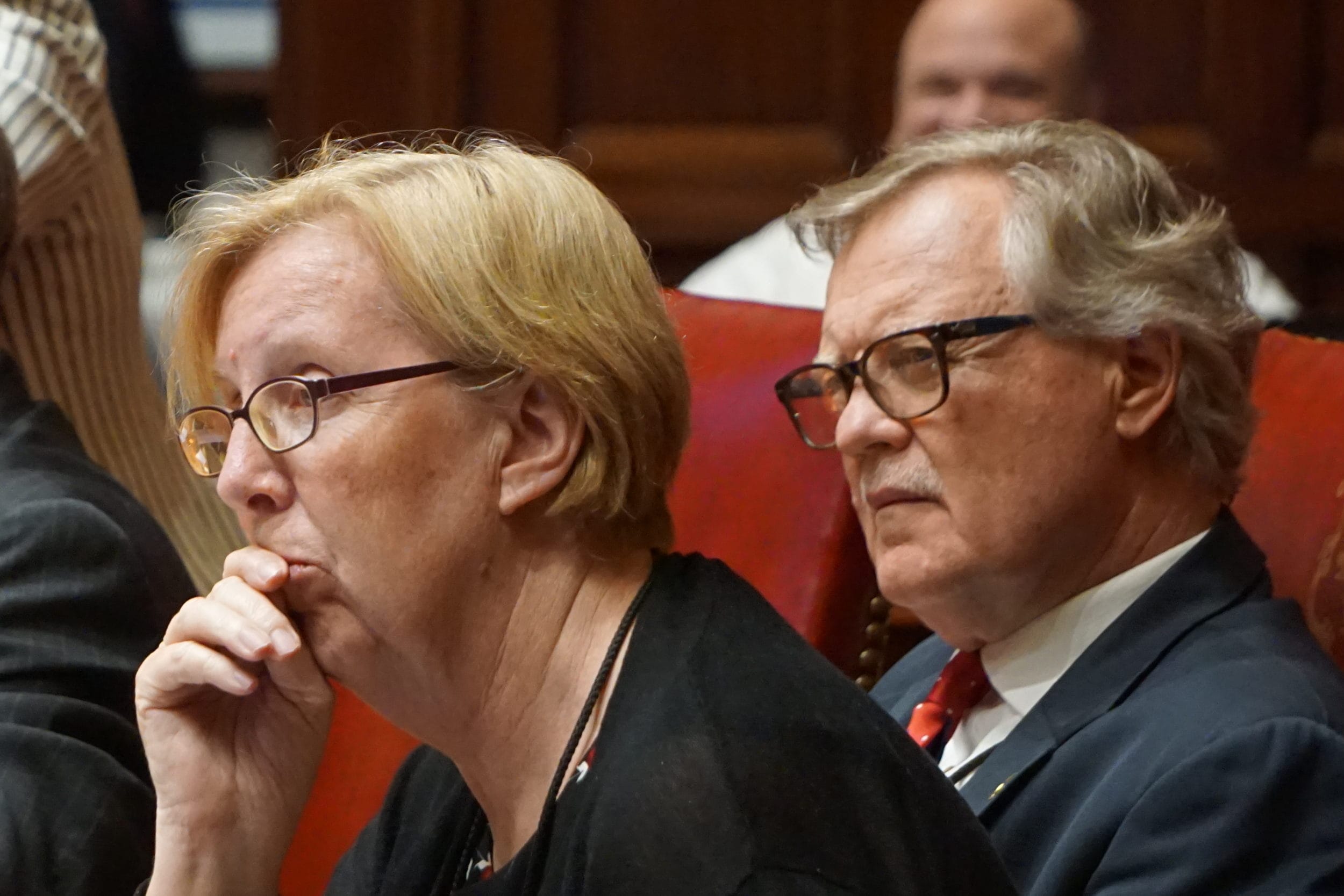 Osten added that her comments aren’t driven by dissatisfaction with Boston Consulting Group’s other work for Connecticut.

“I’m not criticizing the job they have done,” she said. “I’m concerned where we’re putting our dollars.”

“The timing of this announcement is curious,” Klarides said. “It comes on a late Friday afternoon, a little more than one month before the election on Nov. 3. What do you think Democrats will propose on taxes and spending if they continue to control all the levers of state government?’’

Faced with a huge projected deficit in 2017, the Democrat-controlled legislature and then-Gov. Dannel P. Malloy struggled to adopt a new state budget, ultimately needing nine months — and Republican votes — to get the job done. That budget mandated several steps, including a new state study panel, to streamline government.

Malloy had struck a major concessions deal with unions earlier that year that tightened retirement benefits in several areas — with many changes taking effect in July 2022. Not long after, analysts began to project a huge surge in state employee retirements just prior to mid-2022, presumably to take advantage of more favorable conditions soon to expire.

Comptroller Kevin P. Lembo says 12,540 people — roughly 25% of the workforce — would be eligible for retirement two years from now.

That doesn’t mean state officials expect all of those potential retirees to step down in mid-2022. But most agree it does mean state operations are in for a substantial change.

The efficiency study’s roots also trace back to the 2018 recommendations of the Commission on Fiscal Stability and Economic Competitiveness, a panel of business and state government leaders charged with crafting a holistic plan to revitalize public services and Connecticut’s economy.

Legislators passed on many of the panel’s recommendations, including those advocating cutting state taxes and imposing electronic tolls on state highways. But lawmakers did embrace a proposal to analyze state government — and particularly its workforce — in light of the anticipated surge in retirements in the early 2020s. The analysis is supposed to produce savings worth $500 million per year, which represents about 2.5% of the current fiscal year’s General Fund.

Lawmakers initially charged that consultants be invited to bid to conduct the study by July 2018. But Malloy, who was not seeking re-election, argued the matter should be deferred until the next governor took office in early January 2019.

The 2018 legislature also did not authorize any funding for the study, making it easy for the Malloy administration to defer action on the project.

Lamont has insisted since before he took office in 2019 that the “silver tsunami” of retirements presents an opportunity not only to save money, but also to improve delivery of state services.

“The bipartisan budget of 2017 directed the governor to hire a ‘national consultant’ and the administration executed a competitive RFP [request for proosals] process to identify a firm with vast experience and skill in this area,” Reiss said. “As lawmakers who supported that budget agree, this review is critically important for the state’s future, as this work will identify ways to modernize and streamline the state of Connecticut’s operations.”

Lamont inherited a network of agencies that often relies on fragmented and outdated information technology systems.

For example, when the coronavirus pandemic struck in March, the Department of Labor’s computer network — which used a COBOL programming language that dates back to the 1980s — was swamped by hundreds of thousands of applications for benefits. The agency had to redirect staff to prepare emergency programming modifications to correct the backlog.

Lamont administration officials say this initiative, if done properly, can enhance many state services and programs.

“It is disappointing and rather perplexing that in an effort to save money the state would needlessly spend money,” Jody Barr, executive director of Council 4 of the American Federation of State, County and Municipal Employees, told the CT Mirror during an early September interview. “Once again, the state ends up hiring outside consultants rather than partnering with workers to find savings and plan for the future.”

Barr said the coronavirus pandemic has reminded Connecticut that “government is not a business and thus cannot be run as one.”

Many state agencies were able to maintain critical services specifically because they employed sufficient staff who adapted quickly to find solutions to new challenges, Barr added. “Connecticut was able to rely on its strong and resilient workforce that’s connected to the communities they serve.”