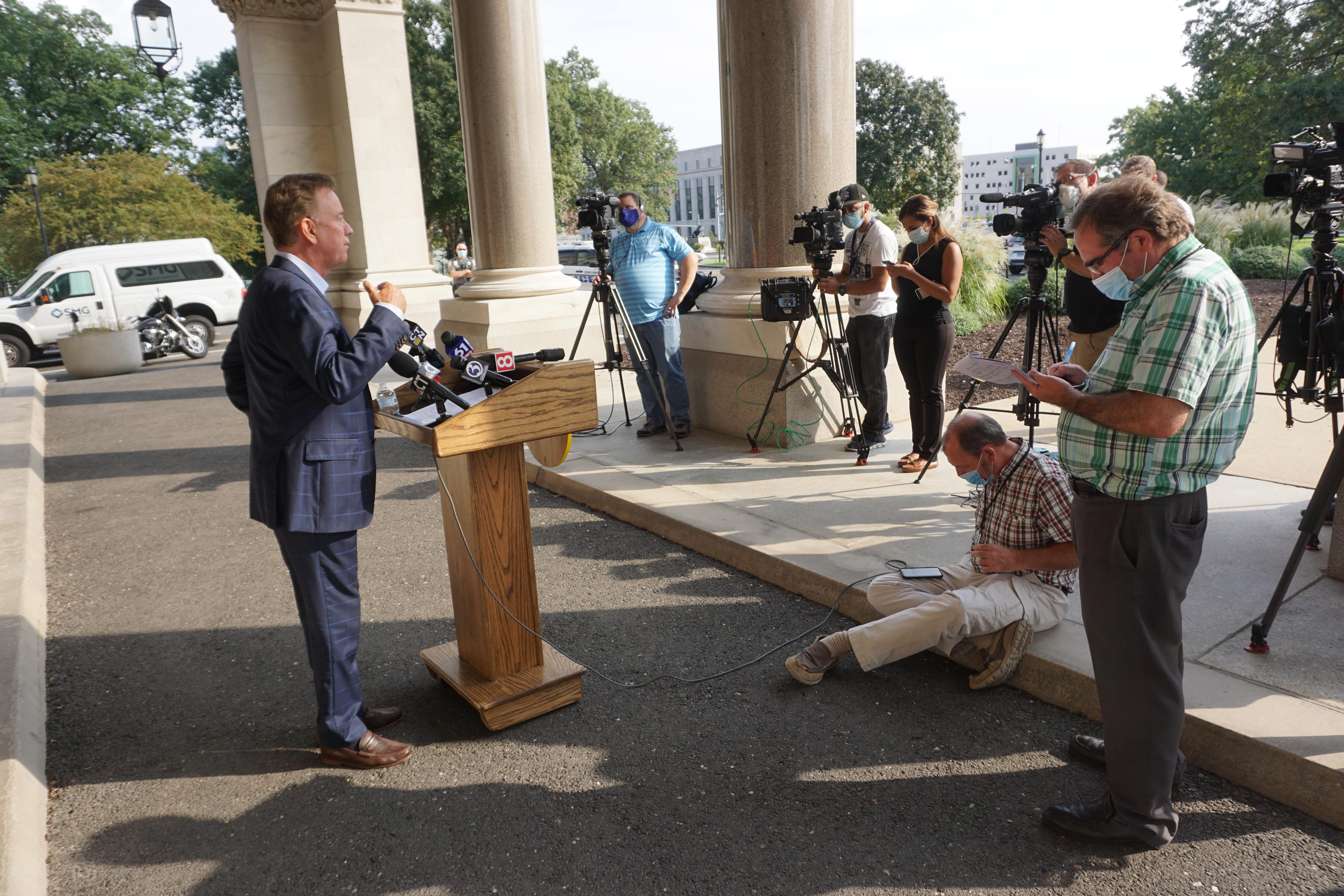 Gov. Ned Lamont issued a call Friday for the General Assembly to return next week for a limited special session, primarily to set new performance-based standards for calculating electric rates and to approve about $500 million of dollars in borrowing for school construction.

The special session is expected to take only two days, but negotiations over the agenda consumed far more time as rank-and-file lawmakers pressed leaders to include favored bills that died without a vote in a regular session curtailed by COVID-19.

“It’s been quite complicated,” said House Speaker Joe Aresimowicz, D-Berlin. “It feels like Groundhog Day at times, going over the same list of bills.”

The school construction package was reduced after it grew to a level the Lamont administration saw as too generous, given the fiscal uncertainties facing the state as it tries to rebound from the COVID-induced recession.

“There were some hiccups along the way,” said Paul Mounds, the governor’s chief of staff. “But working in close consultation with legislative leaders we’ve been able to deal with many of the concerns that were raised by our administration on various issues, particularly on the fiscal side.”

Other than school construction, Lamont said he asked that any proposal with a significant budget impact wait to be considered by the next General Assembly, which takes office and convenes on January 6.

“What we wanted to do was really focus on those bills that were timely, we had to do now, couldn’t wait until January,” Lamont said.

Lawmakers would be hard-pressed, however, to argue that all 10 items in the governor’s call require immediate attention, probably including the marquee topic: energy.

Prompted by the widespread outages caused by a tropical storm last month, the energy legislation would freeze electric rates while directing the state’s Public Utility Regulatory Authority to craft new “performance-based regulations” and rates by September 2022.

PURA already had suspended an Eversource rate increase, and it does not need legislative authorization to explore performance-based rate approval.

With widespread anger at Eversource, the bill has a political appeal for lawmakers seeking re-election. They have tabbed the measure “The Take Back Our Grid Act.”

“The Take Back Our Grid Act promises to begin the overhaul Connecticut utilities and ensure the people of our state receive the services they pay for, ensuring that corporations focus on the people they serve instead of the profits they earn,” the Senate Democratic leadership said in a statement.

“There is nothing on the agenda dealing with the pandemic, public health or the immediate needs in the middle of the crisis,” Fasano said. “I am honestly surprised that Democrats want to bring so many people to the building to vote on bills that are not fully vetted by the public and that can wait for the regular session – at the same time they have objected to much smaller meetings and legislative business taking place in the same building.”

Other topics included in the call are measures intended to ease the counting of absentee ballots, codify in state law how the prevailing wage is calculated in public works projects, redefine the extent liability for pollution stays with property when it is sold, and clarify that condominiums are eligible for coverage under a program to aid homeowners with crumbling foundations.

The elections bill would allow local officials to begin processing absentee ballots before Election Day, but not open or count them. The local officials must check the signature on an outer envelope before an inner envelope is eventually opened and the ballot is fed into an optical scanner to be counted.

For the first time in a general election, any voter can use an absentee ballot — a temporary measure during the COVID-19 pandemic.

“There’s going to be 10, 20 times more absentee ballots than we’ve ever had before, and we want to put everybody’s mind at ease and give the registrars all the flexibility they need and make sure  we can count these votes on a timely and accurate basis,” Lamont said.

Sen. Cathy Osten, D-Sprague, the co-chair of the Appropriations Committee, said none of the school projects in the bill require immediate funding, but Lamont said in a hastily called press conference Friday afternoon that it was important to lock in the size of the school bonding now.

Osten has an item on the list: A measure to codify state rules for hemp agriculture. Temporary regulations are expiring, and businesses must shut down without state or federal legislation by Oct. 31, she said.

A farm in Ledyard, part of her district in eastern Connecticut, was the first permitted to grow hemp. About 50 others have followed suit, she said.

“It’s not a booming business yet, but it’s not going to be booming at all if we shut it down in its infancy,” Osten said.

Under a separate call, lawmakers also are expected to confirm the judicial nominations of a Supreme Court justice and three Appellate Court judges. All four are serving on an interim basis after being appointed in July, when the legislature was not in session. A vote before the regular session was not necessary.

The legislature’s Judiciary Committee is expected to meet Wednesday on the four judicial nominations: Christine E. Keller to the Supreme Court and Joan K. Alexander, José A. Suarez and Melanie L. Cradle to the Appellate Court.

The House is expected to come in on Wednesday and the Senate on Friday.

The prevailing-wage measure is a new version of a bill that died from inaction when the General Assembly suspended its regular session in March and never resumed before its constitutional adjournment deadline in May.

It would codify in state law how the prevailing wage is calculated in Connecticut, essentially by giving the state some distance from federal control.

The Connecticut Department of Labor updates the prevailing wage rates every July 1st, but they must be finalized by the U.S. Department of Labor. Trade unions and contractors both supported the measure, saying federal inaction has led to administrative delays and confusion.

“It’s not meant to arbitrarily raise wages. It’s meant to simply protect the law as it is in practice today as a preventive measure,” the Berlin Steel Construction Company told lawmakers in written testimony in March.

But the the Connecticut Conference of Municipalities and the Council of Small Towns, who complain that the prevailing wage drives up the costs of construction in public works, viewed the measure less benignly.

CCM asked the legislature to complete a detailed fiscal analysis of how the bill would affect cities and towns, and COST declared itself in opposition.

“Under this proposal, prevailing wage rates must be in lockstep with wage rates dictated by union contracts, which will significantly increase costs for state and municipal projects,” said Betsy Gara, the executive director of COST.