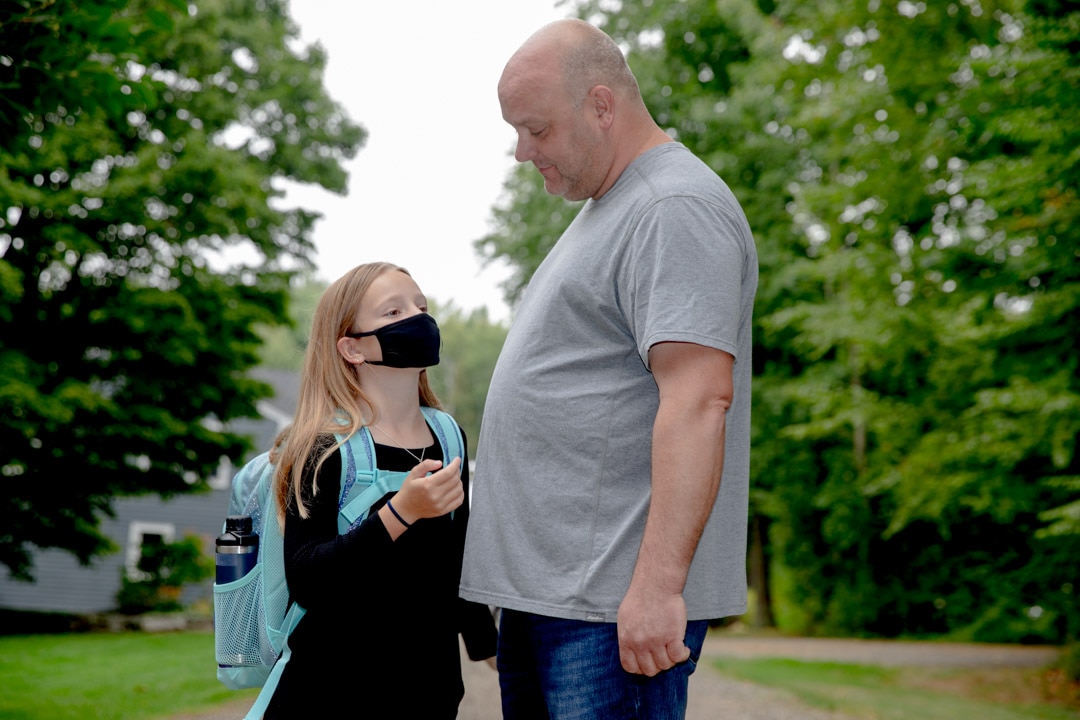 The CT Freedom Alliance is arguing that mandating mask wearing in schools is harmful – and unconstitutional.

The CT Freedom Alliance’s ongoing legal fight against mask-wearing rules in the state’s schools hit a roadblock Tuesday: the judge hearing the case ruled that their “expert witnesses” were unqualified to weigh in on the issue.

Superior Court Judge Thomas Moukawsher said that psychologist Andrew Kaufman and James Meehan Jr., an Oklahoma-based ophthalmologist, lack specific expertise and hold anti-science views that make them unsuitable to testify in a case that “would require the Judicial Branch to seize from the Executive and Legislative Branches power over a matter of public health,” he wrote.

The decision followed a hearing on the issue Monday after a motion was made by the state last week to dismiss the lawsuit. There, Darren Cunningham, an attorney for the state, questioned the qualifications of both doctors, saying their work presents them as ideological advocates for one side of the issue rather than experts on whether wearing masks can cause harm.

Their testimonies revealed that Kaufman believes viruses do not exist and that COVID-19 is a hoax, while Meehan authored a blog post saying that herd immunity will protect vulnerable members of society and prevent pandemics.

“There’s case law that says when an expert becomes an advocate for a cause, he, therefore, departs from the ranks of an objective expert witness and any resulting testimony would be unfairly prejudicial and misleading,” Cunningham said during Monday’s hearing. “And I’m seeking to show that [Meehan] is that, an ideologue, who has very set views when it comes to this topic.”

The court ultimately decided that while Meehan is an expert ophthalmologist, he was not credible to testify on the subject at hand since he has not done any work related to COVID-19. As for Kaufman, the court said they “will not accept as an expert advisor to it on a matter of life or death a man who defies science so firmly established as to be beyond rational dispute.”

Moukawsher has given the Alliance’s attorneys until Monday to propose new expert witnesses and will figure out from there how, and whether, to move forward with hearing the case.

CT Freedom Alliance, with four Connecticut families as co-plaintiffs, filed the lawsuit in August, arguing that requiring children to wear masks while in school is not only harmful but that the department of education violated state law by improperly implementing the regulation. The plaintiffs are also arguing that requiring masks violates the state constitution by impinging on the right to an education.

During the hearing on Monday, the attorneys representing the CT Freedom Alliance, Doug Dubitsky and Craig Fishbein, said that their clients “are being compelled to wear masks, even though they are having very serious reactions” – like trouble breathing, panic attacks and behavioral changes – “to those masks.”

Although the state has issued guidelines for districts to follow when it comes to who can be exempt from wearing a mask in school, the plaintiffs also argued that the guidance in place is too restrictive, since the exemptions listed are specific to certain severe illnesses.

For example, the attorneys said on Monday, one child got a doctor’s note that said they should be exempted from wearing a mask but that the school refused to acknowledge it.

Cunningham responded that the state does not disagree that there are cases where students should not have to wear a mask, but that he does not see the guidelines as being as restrictive as the plaintiffs claim since it states that schools must consider and assess appropriate accommodations for students with disabilities who are unable to wear a mask.

In an instance like those the plaintiffs provided, he added, the matter should go through the district’s board of education or the state Department of Education, so that they can try to resolve the issue.