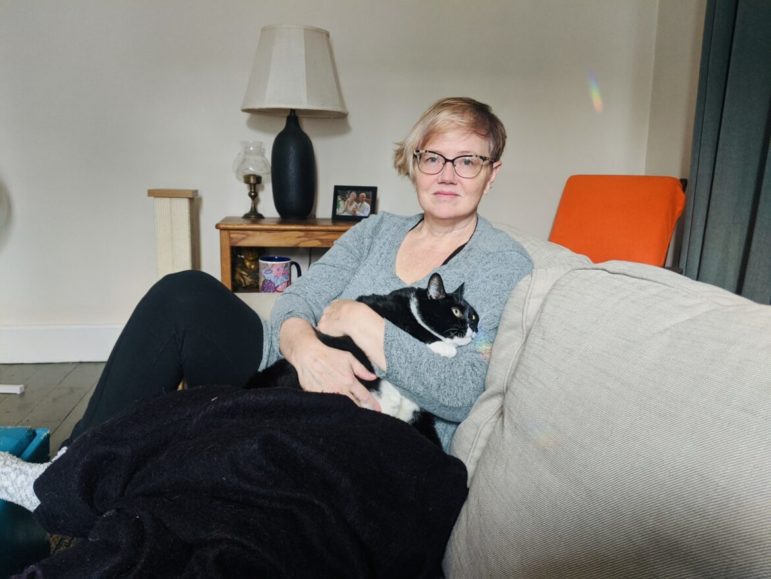 Kelli Custer, 52, of New Milford, is on medical leave from work

In April, Rhonda Eigabroadt, 53, showed up at the ER at MidState Medical Center in Meriden, struggling to breathe. Doctors did not expect her to survive the night, she recalled.

Ten days earlier, she had tested positive for COVID-19 and was recovering at home in Bristol before taking a turn for the worse. An occupational therapist at the Litchfield Woods Health Care Center in Torrington, she, along with scores of staff and residents, had contracted the virus during an outbreak. Eigabroadt beat the odds, though. “The discharging physician said I could get back to work in two weeks,” she said.

Two weeks turned to 23, and Eigabroadt is still sick. So sick that she lost her job because she was unable to return to work. She is dipping into retirement savings to meet expenses.

Now, she is a member of a club that nobody aspires to join: long-haulers—patients who experience lasting symptoms and health problems long after contracting COVID-19. 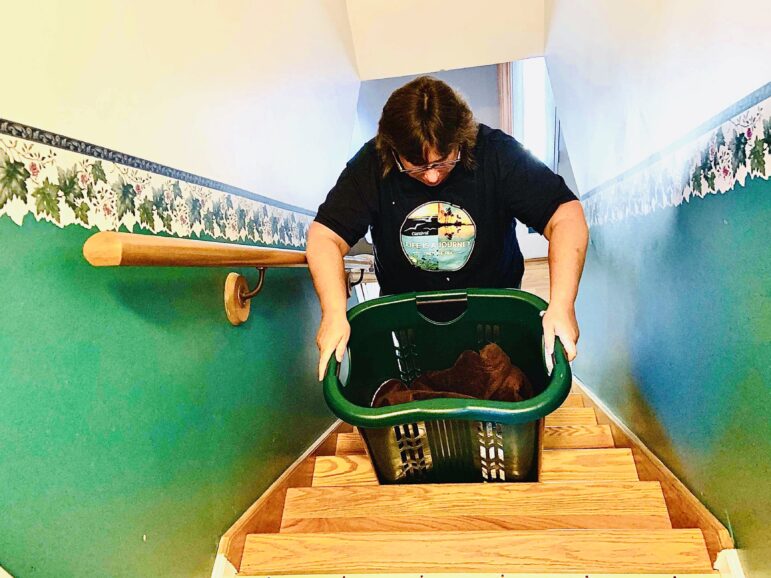 Rhonda Eigabroadt, 53, of Bristol, struggles to carry the laundry basket up the stairs 23 weeks after testing positive for COVID. (Photo Provided by Eigabroadt.)

Another study in EClinicalMedicine, also published in August, found that some COVID-19 survivors had abnormal lung scans and reduced lung function three months after discharge in China. This week, Reuters reported that a preliminary study by South Korea found that nine in ten coronavirus patients experienced side-effects such as fatigue, psychological after-effects and loss of smell and taste after they recovered from the virus.

“For this reason, we collaborate with a network of other subspecialists across Yale,” she said. “We hope that what we learn from one patient will help us with the next.”

Kelli Custer, 52, of New Milford is one of the clinic’s newest patients. Even though she tested negative for COVID-19, her physician and specialists treat her as a long-hauler based on her symptoms, which began in March. “It started with a weird pain in my chest,” said Custer, an associate professor at the Department of Writing, Linguistics, and Creative Process at Western Connecticut State University.

Headache, cough, tachycardia, chest pain, pulmonary embolism, and a “mystery pain” on one side of the body make up her list of symptoms. Then there is the exhaustion. “A lot of my identity is wrapped up in my job,” said Custer, who is on medical leave. “I feel invisible.”

Experts find that testing too soon, or too late, can affect test performance.

“Early in the pandemic, patients did not have easy access to testing, and oftentimes when they were finally tested after weeks of persistent symptoms, this was well outside the window for expected PCR [polymerase chain reaction] positivity,” said Dr. Denyse Dawn Lutchmansingh, the clinical lead physician of the Post-COVID Recovery Program at Yale Medicine. “There is also the false-negative rate of the actual test, given that PCR testing is operator dependent,” Lutchmansingh said. Adding to the complexity is that doctors must rule out the possibility that symptoms may be due to other underlying conditions.

Like Custer, Eigabroadt also struggles with exhaustion, sometimes sleeping for 18 hours a day. She sees a pulmonologist for shortness of breath and a rheumatologist for “excruciating” joint pain. Cognitive difficulties might require a neurologist down the road. “I need to watch a movie four times before I understand the plotline,” she said. The tachycardia is intense, with her heart rate spiking as high as 160 at rest.

Dr. Jared Selter, medical director of Interventional Cardiology at Hartford HealthCare’s St. Vincent’s Medical Center in Bridgeport, said cardiologists now know that SARS-CoV-2, the virus responsible for COVID-19, can cause myocardial injury resulting in the death of individual heart cells, as well as myocarditis, in which the heart muscle cells become inflamed. Both can result in tachycardia.

“We had typically considered patients to fall into one of several categories,” Selter explained. “Those with either mild or no symptoms and who quickly recover. Those who were critically ill and take somewhat longer to recover. Those who passed away from the virus.

However, there is a growing population that appears to have more chronic symptoms lasting many months. In otherwise healthy individuals with a relatively strong heart, a faster heart rate can be tolerated for periods of time. In extreme examples, particularly in patients with a weaker heart, medications that can slow the heart if necessary can be utilized.” 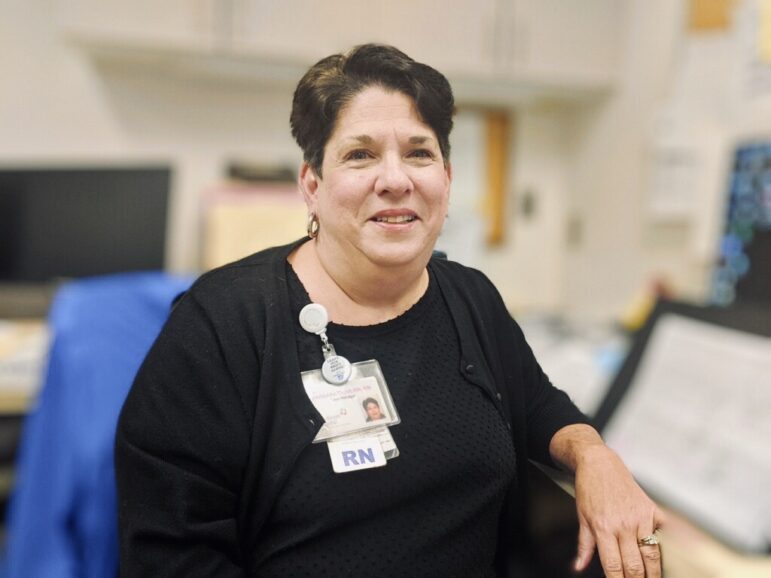 A nurse at Windham Hospital, Barbara Oliveira, 64, of Danielson, tested positive for the virus in March. (Photo Provided by Oliveira.

In contrast, there were only two cases of MERS in the U.S., Selter pointed out. “The cardiovascular experiences were far more limited. However, patients did suffer from similar symptoms, including tachycardia and chest discomfort.”

Barbara Oliveira, 64, of Danielson tested positive in March. Her symptoms were mild, and she resumed her job as a nurse at Windham Hospital when she no longer had the virus. Then one day in May, “I felt like somebody had dropped a concrete block on my chest,” she said. “I couldn’t breathe.”

After a battery of tests at the ER at Windham, Oliveira, who has no pre-existing cardiac condition, was advised to take large doses of the anti-inflammatory drug Ibuprofen. After waiting nearly four months for an available time slot for an MRI of the heart, Oliveira is finally scheduled to get one to check for myocarditis.

Looking back, some COVID survivors question whether their suffering was preventable.

Eigabroadt, who worked in the Torrington nursing home, said, “In the beginning, we did not have enough personal protective equipment to protect our residents or ourselves. By the time we were supplied with what we needed, we already sick. I don’t know where the chain broke down. But it broke down.”

The long-haulers symptom survey was conducted by Indiana University School of Medicine. It is a non-peer reviewed survey of over 1,500 self-reported patients on Facebook. View the report at: https://precisionhealth.iu.edu/news-multimedia/_news/lambert-covid-symptom-study-doc.pdf

This story was first published Sept. 30, 2020, by the Connecticut Health Investigative Team.