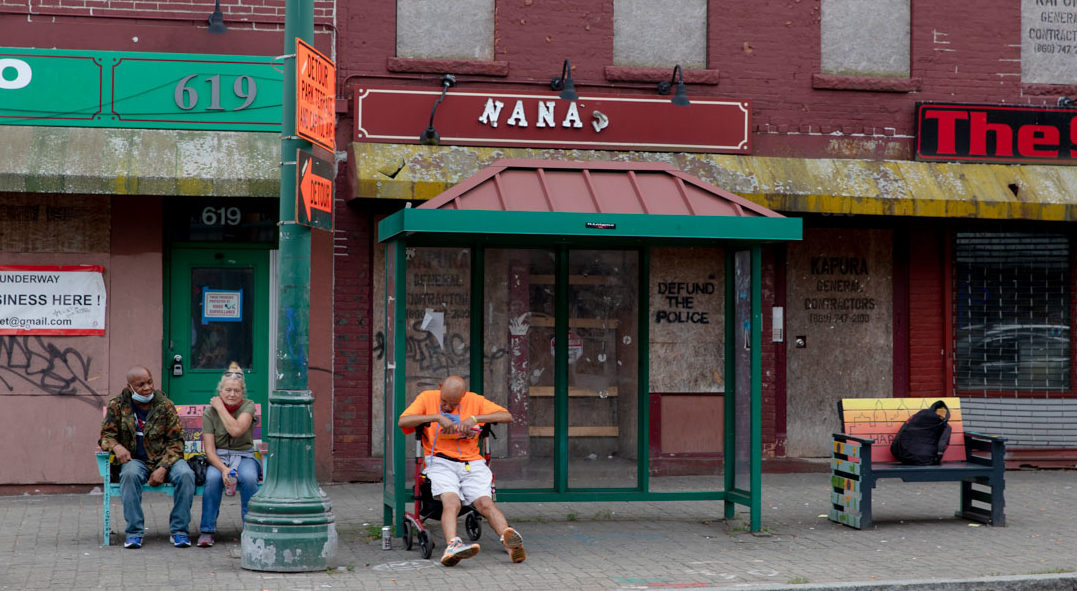 People wait for the bus on Park Street in the Frog Hollow neighborhood of Hartford.   |   photo by: Yehyun Kim :: ctmirror.org

In the time now referred to as “pre-COVID,” cities were coming back to life.

Young people and some retiring boomers were moving in, here and across the country, enjoying new apartments, restaurants, entertainment venues and transit options. Cities were reclaiming their historic role as the economic and social centers.

But this urban revival was uneven. Many downtowns flourished but nearby neighborhoods still struggled with poverty, unemployment and crime. In response, some cities initiated policies aimed at including the distressed areas in the downtown revival, a notion called “inclusive growth.”

Connecticut was more than ready for such policies; it was — and is — one of the most dramatically unequal states in the country. By almost every metric, from employment and housing to health care and life expectancy, the predominantly minority urban poor were getting the short end of the stick. Nearly 20% of Black and 23% of Hispanic residents lived in poverty before the pandemic, compared to 6% of whites, according to a major report by the New Haven-based nonprofit research firm DataHaven. 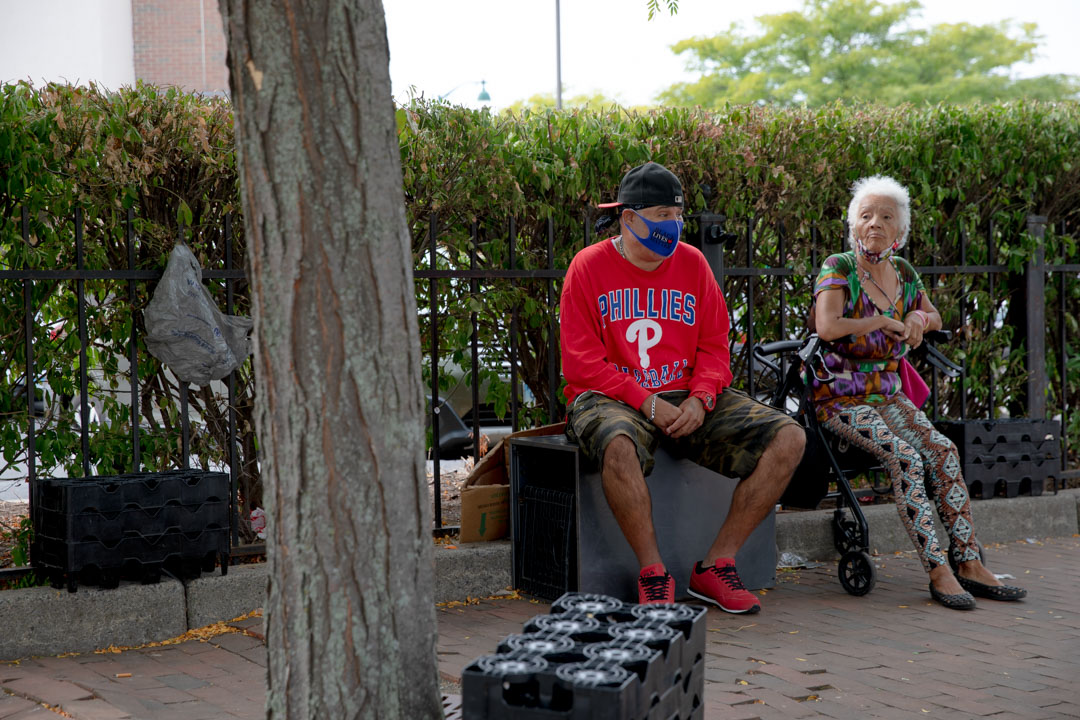 Gilberto Pereira, left, and Carmen J Sanchez hanging out on the sidewalk in Frog Hollow on Sept. 18. 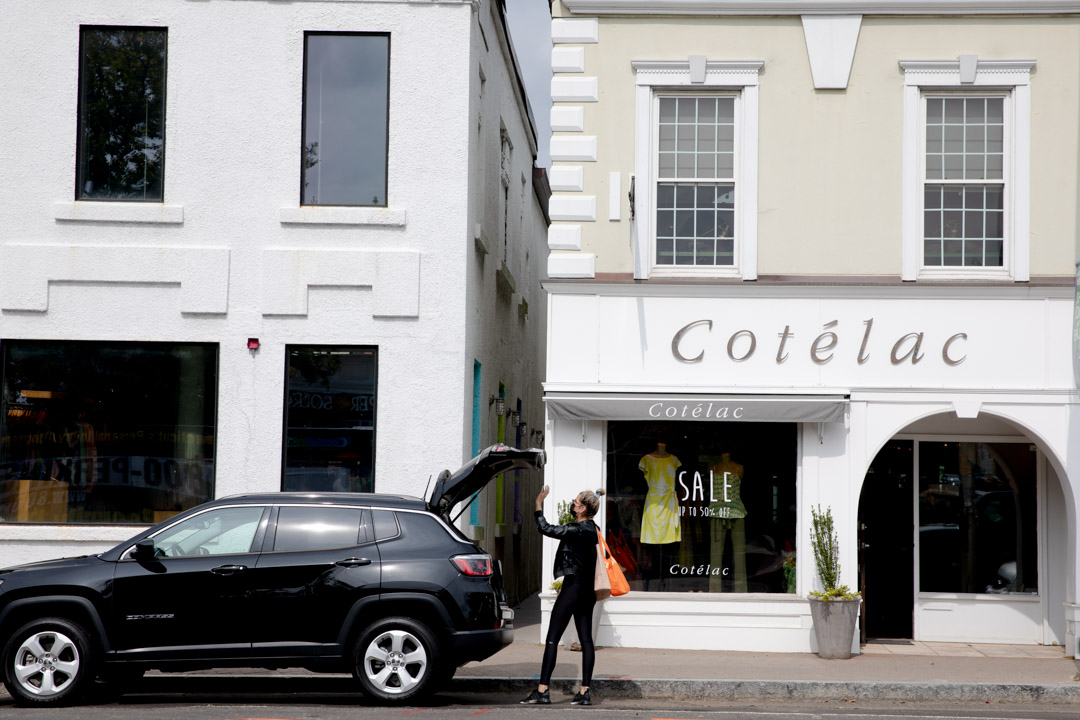 A customer at one of Westport’s posh stores loads her trunk.

The COVID-19 pandemic and its attendant economic recession made a bad situation worse.

Black and Hispanic residents have contracted COVID-19 and died from it at much higher rates than whites, according to the DataHaven analysis. The reasons include inadequate access to health care, preexisting conditions, crowded housing and risky face-to-face jobs.

The economic downturn hit the minority communities the hardest as well. Through mid-June, 23.5% of Black workers in the state had applied for unemployment benefits, compared to 21.7% of Hispanics and 16.7% of whites, according to a report from the CT Data Collaborative. Black- and Hispanic-owned small businesses also suffered disproportionate losses.

From the Civil War to the Great Depression, to 9/11 and the Great Recession, societal upheavals have opened doors to major change. With the pandemic and recession framed by massive national protests against racist police violence, this would seem to be such a moment. State Sen. Douglas McCrory, D-Hartford, said: ”If we don’t do it now, we’re never going to get it done.”

Part of “it” is police and criminal justice reform, about which much has been written and proposed. Another part is inclusive growth, now perhaps better phrased as “inclusive recovery.” It is defined by The Urban Institute as “overcoming economic distress in a way that provides the opportunity for all residents — especially historically excluded populations — to benefit from and contribute to economic prosperity.” It is a huge challenge. 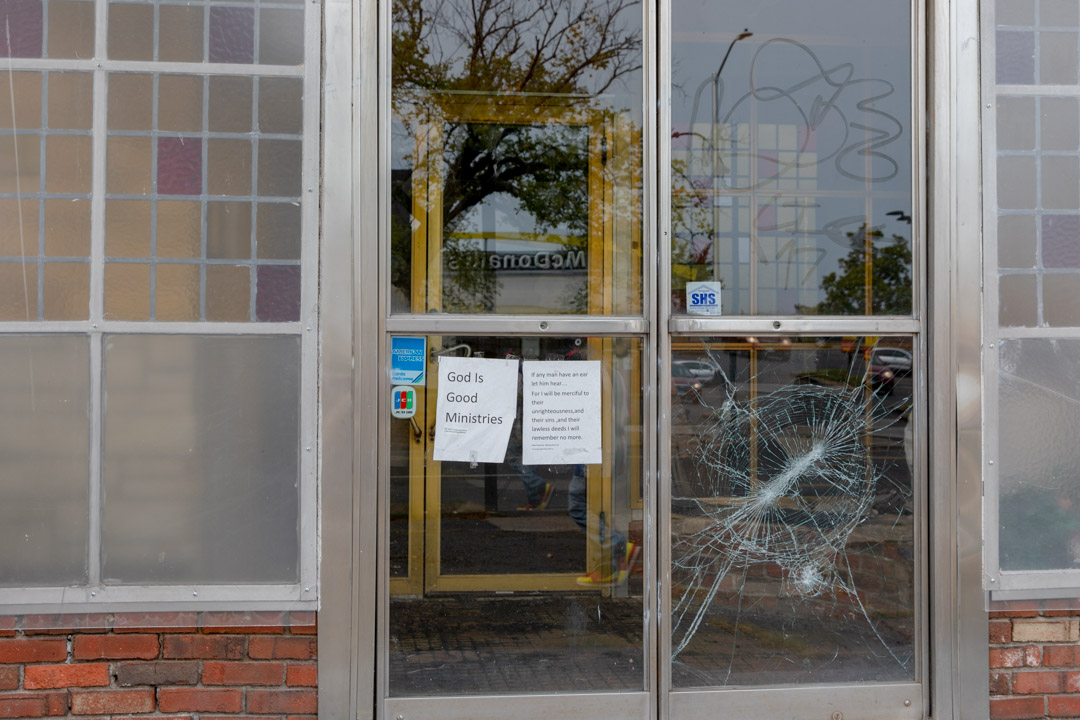 A damaged storefront in Frog Hollow. Food waste, old clothes and caps of injection needles litter the street in front of the store. 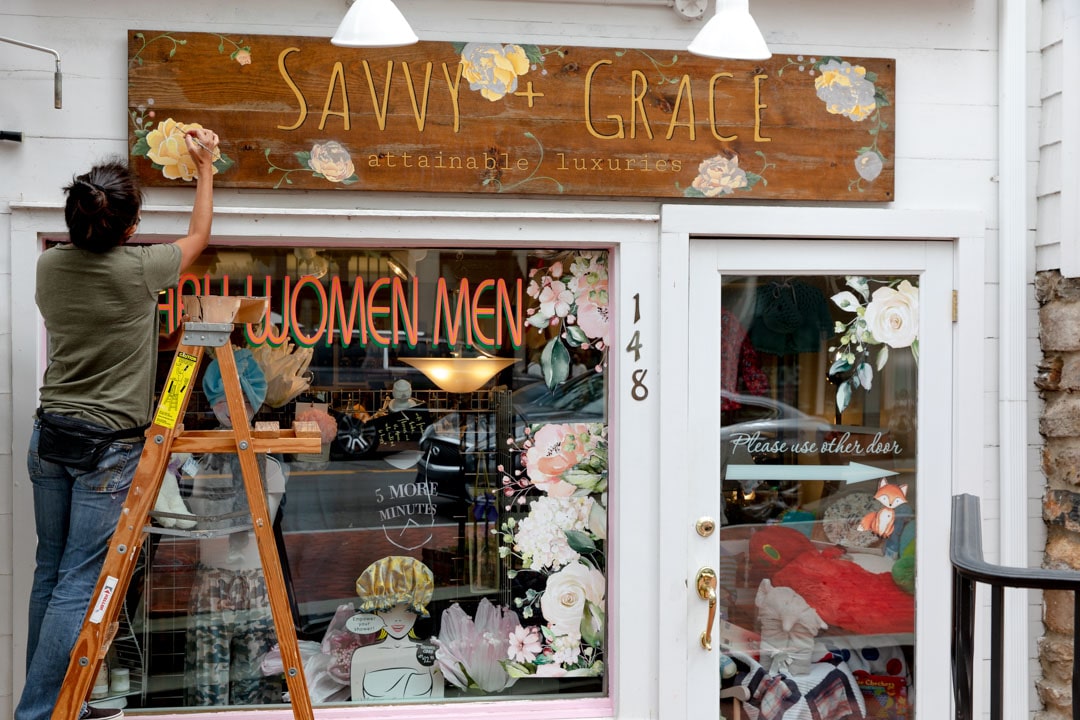 Through the fall, The Mirror will present a series of stories on various aspects of inclusive recovery, from jobs and education to housing, transportation and minority enterprise. The series, titled “A Better Deal,” will search for bold steps and different approaches Connecticut can take to diminish the state’s de facto caste system.

Inclusive growth or recovery is about “fairness and economic potential,” said Prabal Chakrabarti, senior vice president of the Federal Reserve Bank of Boston, in a telephone interview earlier in the year. His organization has launched a grant program to promote inclusive growth in mid-sized New England cities. He said cities only reach their potential when “all neighborhoods participate” and “everybody can access opportunity.”

Another Fed official, Jeff Fuhrer, elaborated on “fairness” at a forum in Hartford last fall titled “The Business Case for Inclusion.” He observed that luck plays a major role in our lives; where we are born, how we are raised, where we go to school and who we know all affect our progress — or lack of same. This raises a duty, if not an obligation, to help the less fortunate (i.e. less lucky). 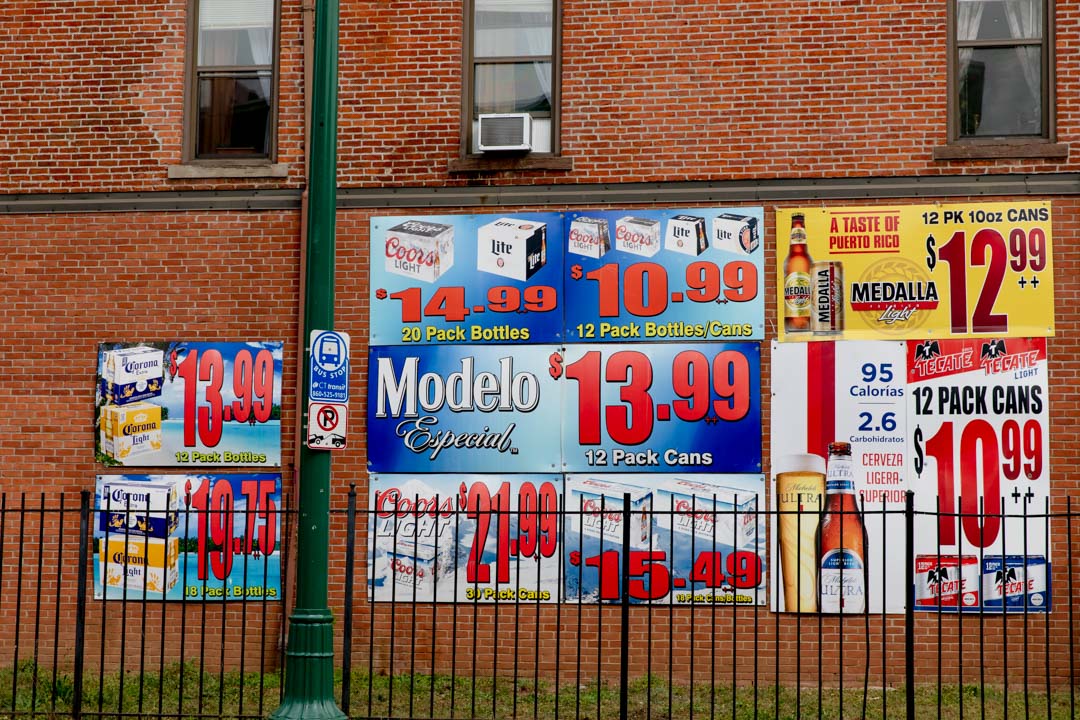 Affordable prices are advertised in Frog Hollow, whereas having a good experience is touted in Westport. 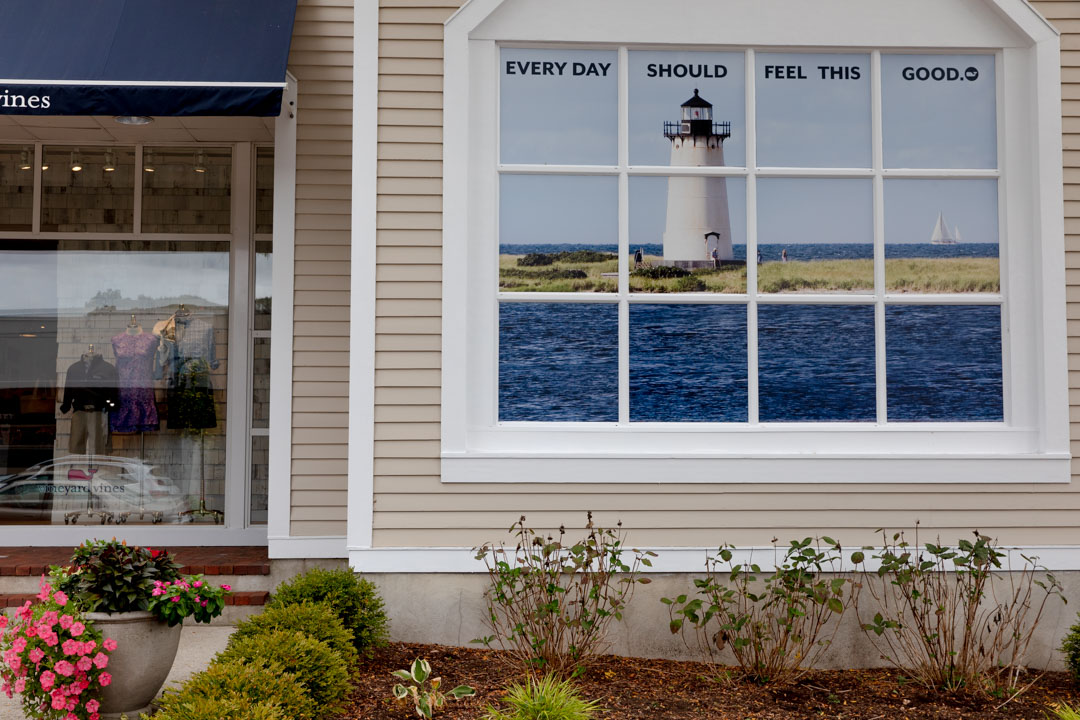 An advertisement for clothes in Westport.

This need is particularly acute when thousands of the state’s urban residents are enduring food insecurity.

And, fairness dictates that the many city residents doing risky “essential” jobs that make pandemic life bearable for the rest of us are owed more than a sign on the lawn.

There is also an economic incentive to pursue inclusive growth — or perhaps they are two sides of the same coin. Fuhrer, who has since retired, said inclusive growth is not a zero-sum game. He said that when more people are brought into the workforce, the overall economy grows: “The pie gets bigger.”

He said if people have jobs that earn decent wages, they can afford to buy what the economy produces and don’t need to rely on government programs. Everybody wins. Failing to bring city residents into the workforce “is a huge loss of economic and human potential,” he said.

Inclusive growth is a way of lessening income inequality, a fact of life in Connecticut. It has been tolerated as long as people near the bottom of the ladder had the opportunity to climb it, to get ahead. The problem today is that for many enduring debilitating poverty, cities are no longer places of opportunity, according to author and planner Alan Mallach in his 2019 book The Divided City – Poverty and Prosperity in Urban America.

The challenge today, Mallach writes, is to make the new economy work for the disadvantaged, to revive cities in such a way that they become “the places of hope and opportunity they once were.”