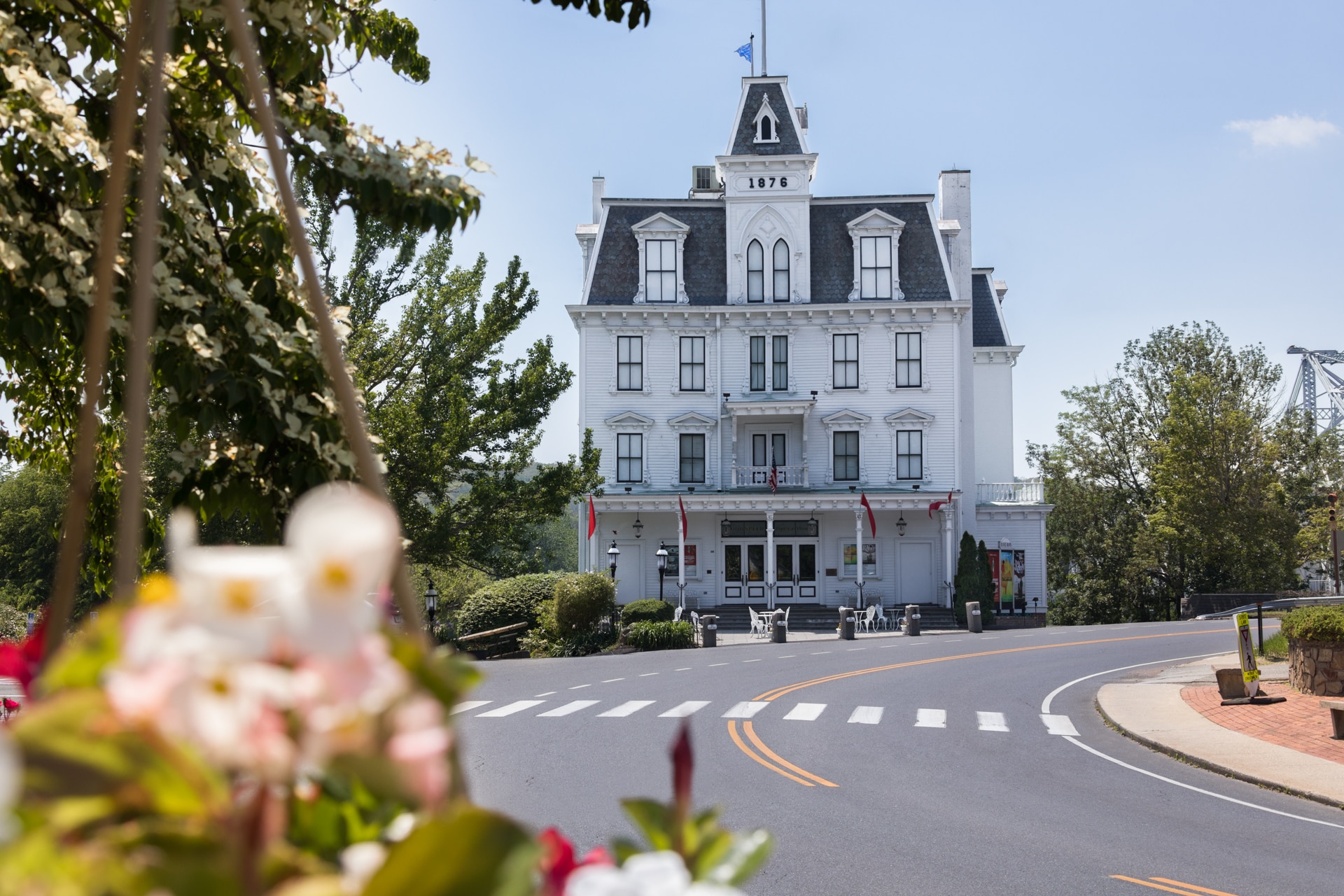 On March 16, as coronavirus cases first spiked in Connecticut, Goodspeed Musicals Production Manager Erica Gilroy walked through the East Haddam theater to tell employees that they’d be working from home for at least a week.

“At five o’clock, everyone left,” she said, “and we haven’t been back.”

After seven months, the reality is setting in that without federal assistance, some theaters will never reopen again. Last week, The Broadway League announced its theaters would remain closed through May 2021 – a date that is projected to be extended again. And last month, The Metropolitan Opera announced it would remain dark for a second consecutive season.

Connecticut is facing its own performing arts crisis: in the state with the most regional theaters per capita and the second highest number of Regional Theater Tony Awards, behind only California, it’s unclear when it will be safe to reopen, whether audiences will feel safe returning, and how many theaters will be able to weather an open-ended closure.

“We are built to create the theater – we don’t just present it,” explains Kit Ingui, managing director at Long Wharf in New Haven. Alongside Long Wharf and Goodspeed, four other Connecticut Flagship Producing Theaters (CFPT) – the Eugene O’Neill Theater Center in Waterford, Hartford Stage, Yale Repertory Theatre and Westport Country Playhouse – build productions from the ground up in-house, rather than provide a stage for an outside act or a New York-based national tour, which gives the state a uniquely prestigious theater culture – but comes with steep expenses.

“What we do takes months to plan, weeks to rehearse, weeks to build; we’ve put in anywhere from $125,000 to a million dollars into one production before somebody steps foot into the theater with a paid ticket,” Ingui said.

These theaters have originated hundreds of world premieres, including Annie, which premiered at the Goodspeed in 1976, as well as several plays that went on to win the Pulitzer Prize. The O’Neill was awarded The National Medal of the Arts in 2016 by then-President Barack Obama.

“I have been to each of these six theaters,” said Sen. Richard Blumenthal. “They are the cultural jewels of Connecticut.”

Connecticut’s proximity to New York City is how these ‘cultural jewels’ originally came to be. In the early 20th century, theater professionals flocked to New England when Broadway closed during the summer months. 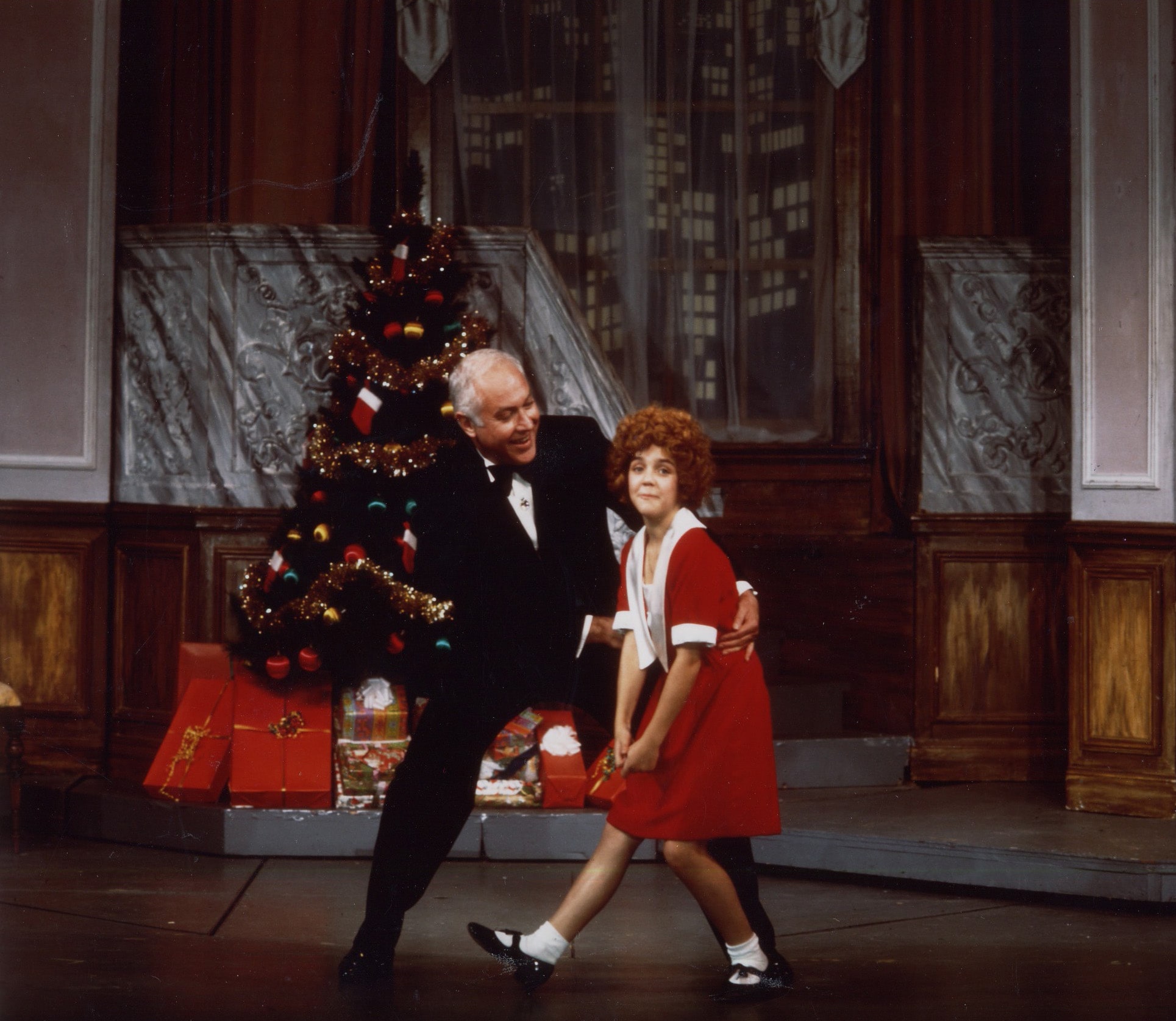 Andrea McCardle, as Annie, and Reid Shelton, as Oliver Warbucks, starred in Goodspeed’s 1976 premiere production of the musical, which went on to win seven Tony Awards, including the trophy for best musical in 1977.

“Connecticut is one of those states that has this highly educated, reasonably affluent population that can sustain regional arts organizations,” explains Michael Barker, managing director of the Westport Country Playhouse. It is the state’s support of – not just appreciation for – the arts that has allowed for theater of this caliber to flourish; Long Wharf and Yale Rep, both in New Haven, have operated successfully within a mile of one another for 54 years.

Though Connecticut moved into phase three of reopening on Oct. 8, which allowed theaters to reopen at 50% capacity with masks and social distancing, those rules have very different impacts on different spaces.

While some venues in the state, like the Bushnell in Hartford, can seat almost 3,000 patrons when filled, the producing theaters are physically smaller spaces, and many can seat only around 500 at full capacity. None of them have plans to reopen before next year at the earliest.

Ticket sales comprise, on average, about 40% of annual revenue at the CFPT, and the six have sustained total pandemic-related losses of nearly $12 million. Four received Payroll Protection Program loans and have continued to receive donations. But, as Barker puts it, “This isn’t sustainable fundraising.”

As the ‘cultural jewels’ of this state – the organizations, the art form, most adept at building bridges in our crumbling infrastructure of humanity right now – the state needs to support us.”— Kit Ingui, managing director, Long Wharf

The Westport Country Playhouse was the first to publicly sound the alarm, announcing that if the organization cannot raise $1.6 million by the end of the year, it will close.

“As the ‘cultural jewels’ of this state – the organizations, the art form, most adept at building bridges in our crumbling infrastructure of humanity right now – the state needs to support us,” Ingui said.

On Monday Gov. Ned Lamont announced that certain nonprofit arts organizations can apply to receive up to $750,000 in federal funding.

“It’s disappointing inasmuch as it’s not the amount of money we were hoping for, but it represents a sea change in terms of investment in the arts,” says Barker. 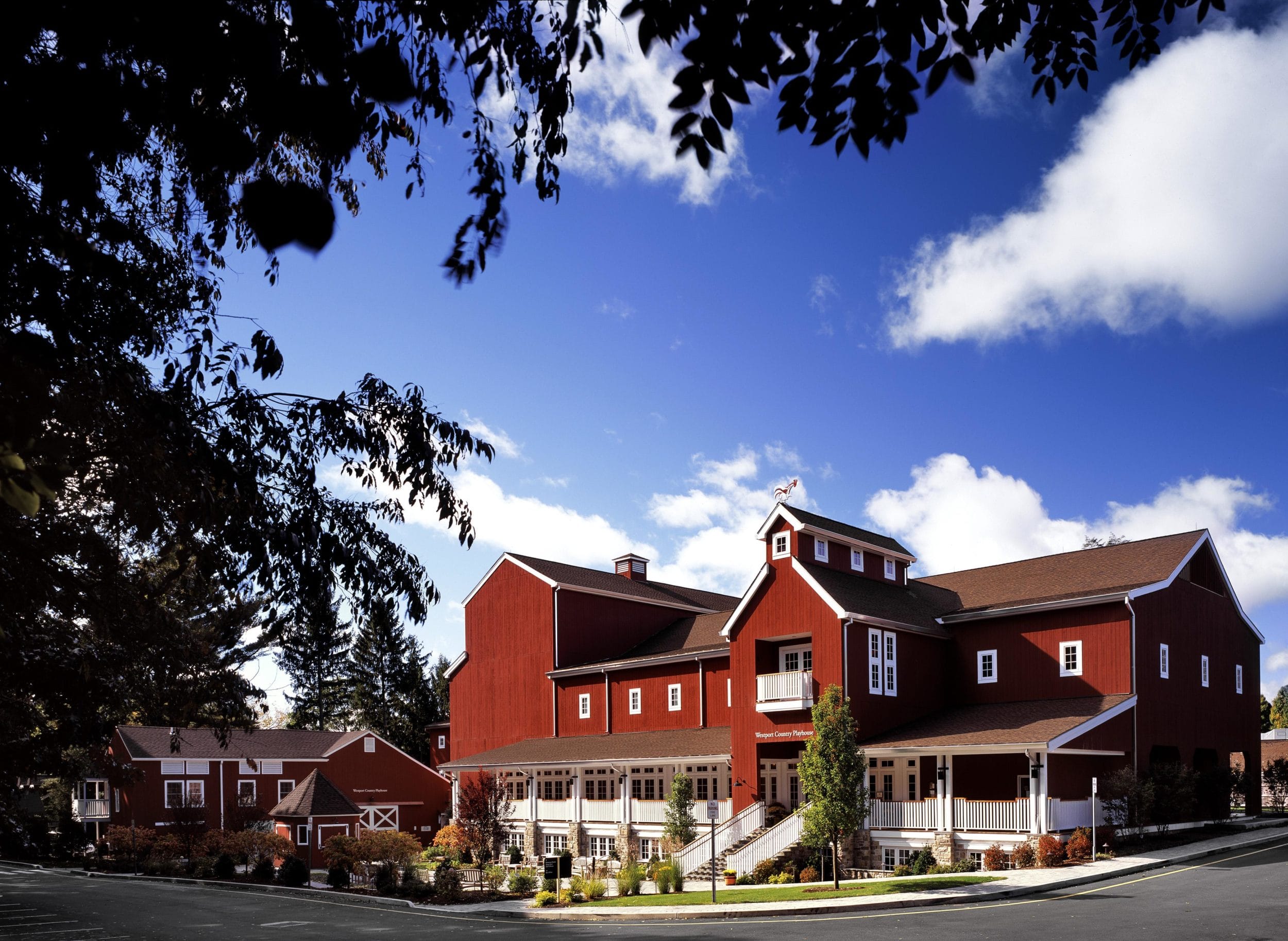 Additionally, the CFPT banded together back in mid-July to request $12 million in CARES Act funding and has joined the broader effort to obtain national arts funding from the Save Our Stages Act. The bipartisan bill in Congress, currently stalled in the Senate, would authorize the U.S. Small Business Administration to issue grants of up to $12 million to any live venue affected by the pandemic.

But Goodspeed’s executive director, Michael Gennaro, wonders whether the theater audiences will return even if federal aid gets them through the near term.

“Is there going to be a vaccine?” he worries. “How fast will it be able to get distributed? How many people are actually willing to get it? That puts us months and months away from now.”

Professional theater is one of the most exclusive and impermeable industries in the world; to secure employment at any of these Connecticut theaters is to reach the top of the profession. The six theaters account for 1,700 jobs in the state and have a collective payroll of $26 million. That’s costume designers, theater administrators, technical theater professionals, and many more now out of work.

“I have employees who have devoted their lives to specializing their craft to do this very specific kind of art form,” Gilroy said. “Then all of a sudden there’s no one hiring for what you have devoted your life and your training to, and so it’s not so easy just to pick up and find a new job.”

Beyond the struggles of those at the top of the profession, young theater professionals find themselves with no opportunities in a field where there already were very few, even before COVID-19.

“I hear the story over and over again, of young performers struggling with mental illness or substance abuse as a result of the rug being pulled out from under them,” says Donna Lynn Hilton, lead producer at Goodspeed, who started in the props department in 1987.

James Bundy, dean of the Yale School of Drama and Artistic Director of the Yale Rep, made the extraordinarily difficult decision to delay the school’s admissions cycle an entire year.

All of a sudden there’s no one hiring for what you have devoted your life and your training to, and so it’s not so easy just to pick up and find a new job.”— Erica Gilroy, Goodspeed production manager

“We’ll start admitting people again in the fall of 2022 and, quite frankly, this is a roll of the dice,” he said.

As careers in live theater have come to a halt, the future is equally grim for the production of new works. The six theaters have developed an unparalleled number of shows that succeeded in making the arduous journey to Broadway and have gone on to become staples in the theater canon.

Man of La Mancha, best musical winner in 1966, first played at Goodspeed. The Shadow Box, which won best play in 1977, started at Long Wharf. The winner of the 2014 Tony Award for Best Musical, A Gentleman’s Guide to Love and Murder, premiered at Hartford Stage.

In 2002, after a disastrous first performance of a new musical about R-rated hand-puppets premiered at The O’Neill, writer Robert Lopez stayed up all night to rework the piece, Avenue Q, which went on to win Best Musical, Book, and Score at the 2004 Tony Awards.

As we think about the future of the American theater, we have to bring more chairs to the table and create pathways for audiences who haven’t always felt like the theater is a place for them.”— Jacob G. Padrón, artistic director, Long Wharf

Goodspeed was set to launch an impressive catalogue of new musicals before cancelling its 2020 season. One new work, Johnny and the Devil’s Box, was originally pushed to the 2021 season, but ultimately cancelled. For 2021, the theater only plans to perform more established work, because taking a chance on new work is a financial gamble it can no longer afford.

“At a certain point, I’m concerned that the real talent will leave the field and that will make it really, really hard to rebuild,” said Florie Seery, associate dean and managing director at Yale Rep.

While the CFPT is not able to perform onstage this season, they are continuing to innovate with virtual programming and education initiatives.

“We have to stay emergent, we have to stay flexible, and that’s what we’re trying to do to keep our community, subscribers, and supporters engaged in our work,” says Jacob G. Padrón, artistic director of Long Wharf, who said that he is taking this time to re-imagine storytelling and inclusivity in the arts. “As we think about the future of the American theater, we have to bring more chairs to the table and create pathways for audiences who haven’t always felt like the theater is a place for them.”

Padrón expressed excitement over the potential of a new artistic future, but warned, “If we’re not able to weather the storm, our doors will close and we won’t be able to move forward.”