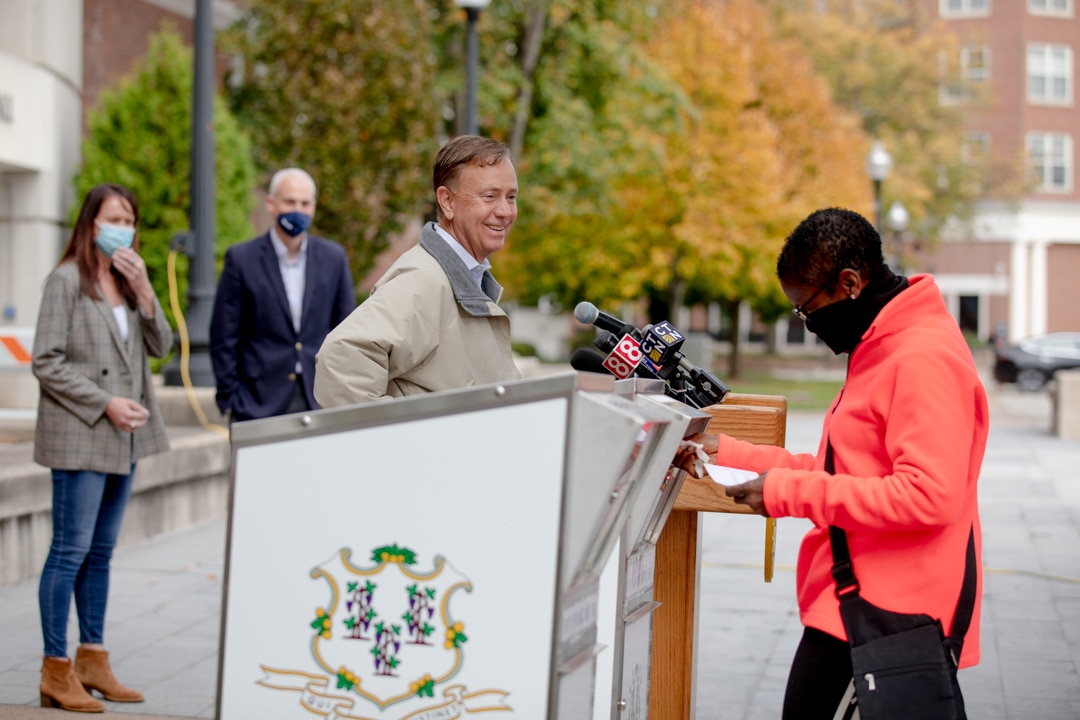 Gov. Ned Lamont smiles as Anna Emannuel, of West Hartford, drops off her absentee ballot during a press conference on Tuesday at West Hartford Town Hall.

Gov. Ned Lamont said Tuesday that the daily positivity rate for COVID-19 has “scooted up to 4.1%” in the latest batch of 13,039 tests, the highest one-day number since early June. The new seven-day rolling average is 2.5%.

“That’s not unexpected, but it still wakes you up like a cold shower,” Lamont said.

Hospitalizations for COVID-19 increased by 22 to 292, following a bump of 37 on Monday, though the previous day’s report covered the weekend and Monday. There were six deaths, bringing the toll to 4,595.

Lamont mentioned the new positivity rate at a midday press conference in West Hartford to publicize how voters still can get an absentee ballot and the safety measures that will be in place for those who vote in person when the polls open at 6 a.m. next Tuesday.

He joined Secretary of the State Denise Merrill, state lawmakers, and local officials outside West Hartford Town Hall, addressing reporters from a spot next to two ballot drop boxes. A steady stream of voters cast ballots while Lamont spoke.

“Thank you for voting,” Lamont said, turning to one voter.

Lamont intends to vote in person in Greenwich, wearing a mask and maintaining a social distance. But 673,811 voters have taken advantage of a new state law that allows every voter to vote by absentee for the first time, a temporary change due to the pandemic.

“We have hundreds of these around the state making it easier for you to vote and vote safely,” Lamont said, gesturing to the ballot drop boxes. In West Hartford, ballots can be dropped at Town Hall and two libraries. 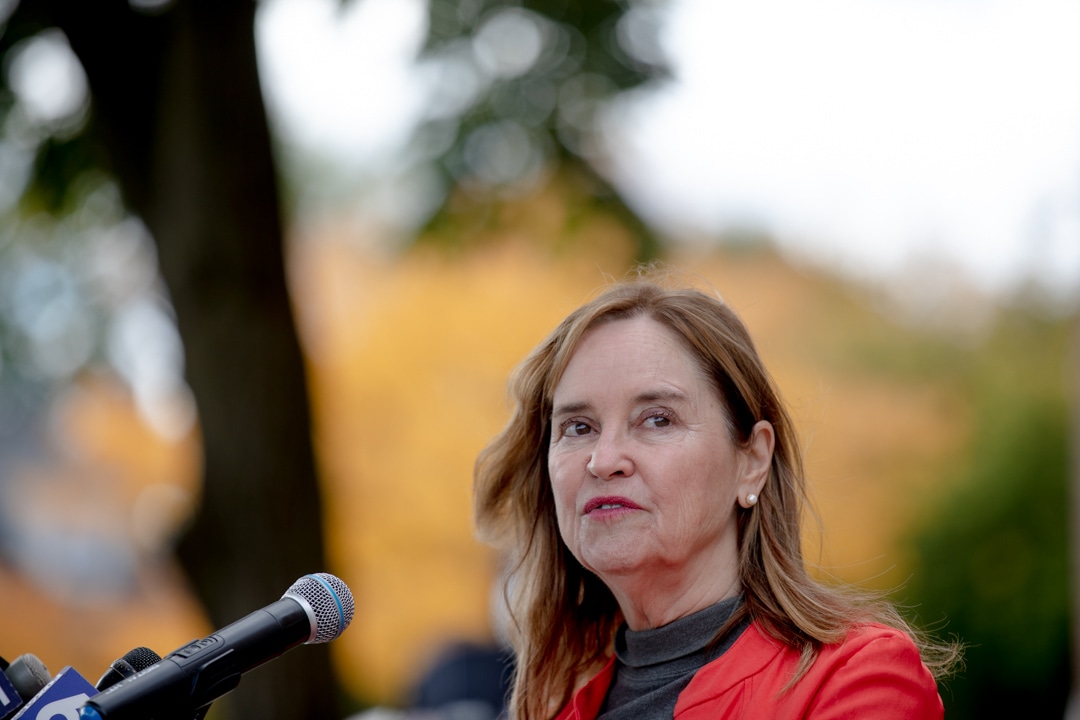 Connecticut Secretary of the State Denise Merrill strongly encouraged people to wear masks when voting in person next week.

Merrill said a record 2.3 million people are registered to vote. The deadline for registering online and at local town halls is midnight Tuesday. After midnight, the only option will be to use election-day registration.

“We have seen a surge of new voters,” Merrill said.

Masks will be encouraged at the polls and offered to those without them, but they cannot be required.

“We, by law, cannot refuse anybody their right to vote,” she said.

Her office has distributed protocols for local election officials to handle voters who refuse to wear a mask. Options include curbside voting or ushering maskless voters to a separate room or space at the polls.

Ballots must by submitted by 8 p.m. next Tuesday or arrive in that day’s mail to be counted.