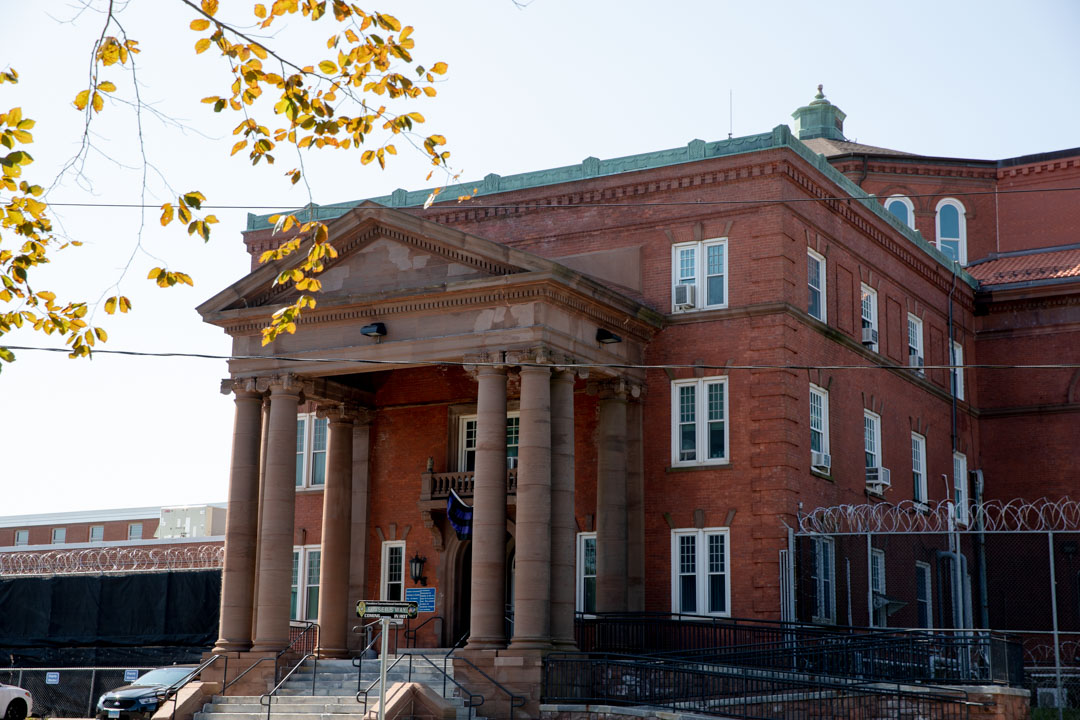 The state must turn over information from 2016 on the medical cases of roughly 25 people incarcerated in Department of Correction facilities whose treatment represented the worst instances of potential medical malpractice in the prison system, a federal judge ruled Tuesday.

The order came as part of a lawsuit filed by a family member of William Bennett, who died of cancer in DOC custody on Nov. 11, 2017.

Bennett told prison officials in 2015 that he was coughing frequently at night and having trouble swallowing. After being denied a request to see an ear, nose and throat specialist, Bennett went without treatment for months.

His condition worsened. He was approved to see an ENT at the end of 2016, but the approval remained pending until Jan. 2017, when he was admitted to the emergency room at Day Kimball Hospital with trouble breathing. Doctors there diagnosed a large, malignant tumor in his throat. He died 11 months later.

Jeanne Imperati, Bennett’s aunt, sued several DOC officials, including former Commissioner Scott Semple, in Nov. 2018, for failing to ensure health care in correctional facilities was up to community standards of care and for acting with deliberate indifference to her nephew’s serious medical needs.

One of Imperati’s allegations is that Semple knew health care in the state’s correctional facilities was inadequate, and that he failed to fix the problems in time to help Bennett. One of the ways Semple knew of the substandard medical care, the suit claimed, was through a report compiled by Criminal Justice Institute, Inc. The report, discovered by her lawyers through a Hartford Courant story by Josh Kovner, contained information on serious inmate medical cases likely to draw legal challenges.

On Nov. 14, 2019, Imperati served Semple a deposition notice seeking 24 classes of documents. Semple did not turn them over or file an objection by Dec. 16, 2019, despite being required to do so by law.

“For now, it is sufficient to note that Semple has been given more than the usual number of chances to support his privilege claims,” Judge Thomas O. Farrish wrote in his 53-page ruling Tuesday. “When he submitted his brief and final privilege log, Semple could not have been under any illusion that he could be casual or careless in his description of the agency decision under consideration.”

Despite citing the state’s “willful” non-compliance with court procedures, evidenced by its attorneys’ improper logging of the CJI report, and their shifting reasons for why the assessment was not subject to disclosure, Farrish ruled that the report is protected by attorney-client privilege.

But, he continued, the state must release its audits of inmate health care and documents that contain information on medical cases included in the report. Officials can redact inmates’ identifying information, except for Bennett’s, from the documents, and can redact passages from the section of the analysis that would disclose the CJI report’s findings.

The state is required to turn over the documents by Nov. 10.

A spokesperson for the Attorney General’s Office said said they are “reviewing the decision and will respond in court as appropriate.”

Attorneys for Imperati, who represent a number of inmates in other lawsuits alleging substandard medical care by the DOC, said the information could be enough for them to identify the cases.

“We’re going top see what they identified as problems in the system, and when they identified them,” said Ken Krayeske, who is representing Imperati alongside DeVaughn Ward.

Krayeske said legislators could use that information to better understand the incarcerated population’s needs so the prison health care system could be more adequately funded.

This isn’t the first time Farrish has chided the state for its responses to document requests. In a ruling issued on July 16, the judge accused Semple and his counsel of playing games after Imperati requested documents relating to cases the former corrections commissioner had discussed with the DOC’s medical director.

Three months after the request, in mid-February 2020, Semple said he didn’t have possession of the documents since he was no longer DOC commissioner. In May, he claimed they were protected documents not subject to disclosure, withdrawing his claim the documents were unavailable to him since he had retired from the state.

“Forced to abandon his unmeritorious objection, Semple did not then produce all responsive documents; instead, he withheld some under new privilege claims that he could have asserted – but did not assert – in his written response months before,” Farrish wrote, describing Semple’s responses as “shifting objections and now-you-see-it, now-you-don’t privilege claims.”

The Imperati lawsuit is reflective of an ongoing problem within the DOC, Krayeske said.