CT education commissioner: If schools can stay open, they should 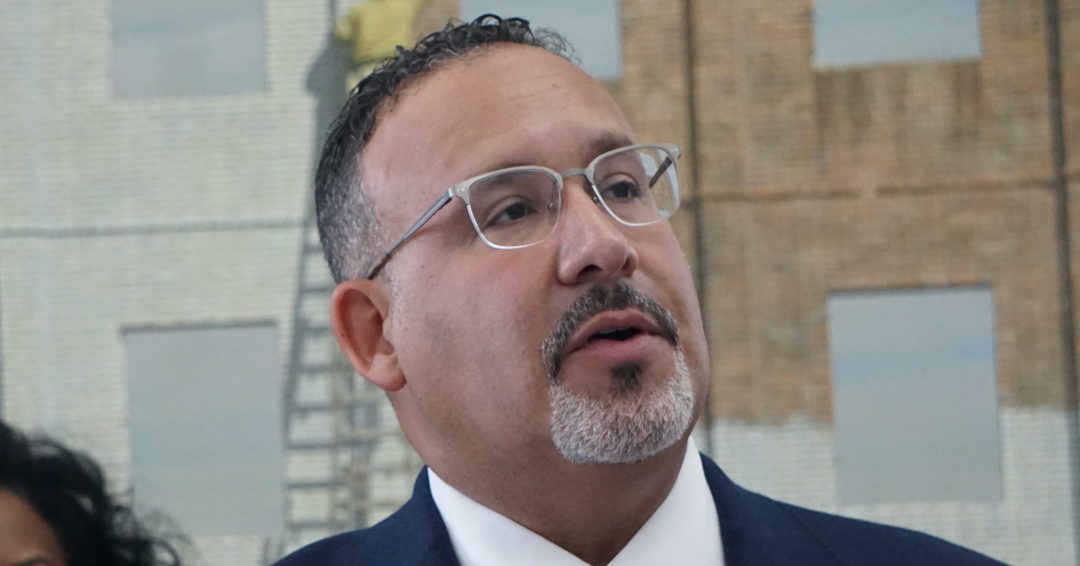 Education Commissioner Miguel Cardona says it’s still up to schools to decide whether to change learning models to adapt to rising COVID-19 rates.

As the rate of positive COVID-19 cases increases in Connecticut, the state’s commissioner of education is encouraging school districts to stay open, if they can.

Education Commissioner Miguel Cardona said Thursday that the department will continue guiding districts on their best options, rather than mandating them to remain open or to close.

“We recognize that, in many cases, having to go remote is needed, and we’re not certainly against that. But … we’ve learned that the first several months of school have been positive for so many of our students who have had the opportunity to go in,” Cardona said.

He added that he believes it’s dangerous for him to decide to have a district close because district leaders know their communities best, and that schools should continue to make decisions in consultation with local health departments.

“The idea of having local control, I still stand behind that 100%,” he said. “My job is really to provide some of that state-level guidance … and be responsive to what the needs are.”

Some of the state’s largest districts, Bridgeport, Waterbury and Hartford, announced changes to their learning models on Thursday as well.

Waterbury middle schools and high schools, with the exception of Waterbury Arts Magnet Middle and High School, will switch from hybrid to distance learning starting Nov. 30.

Hartford’s K-9 students will begin hybrid learning on Nov. 16, while pre-K students stay in-person four days a week and students in grades 10-12 remain in the hybrid model they’ve been in since the start of the school year.

Cardona said that if the pandemic gets to where it was in March and statewide closures need to happen, closing schools would not help reduce the risk of getting the virus. He recommended that any closure plans be done “in conjunction with other mitigation strategies” that would lessen the possible risk for community exposure.

Closing schools alone would not reduce the mitigation strategies, would not reduce the transmission risk in other places,” he said, adding that transmission might even worsen if thousands of kids are at home or in the community. “In school, we know that students have their mitigation strategies, like distancing and facial coverings. There’s no way to assure that’s happening outside of school when they’re not with us.”

The state department of education recently published data systems that track attendance, learning models and COVID-19 cases in districts throughout the state. One thing the department has learned, according to the reports, is that student and staff infections are happening outside of school buildings.

But the rise in positive cases in communities is not the only issue districts are facing. Cardona said some superintendents have told him that they are having staff shortages for in-person learning because teachers have had to quarantine.

Cardona said the state allows school districts to be flexible in how they respond to staff shortages. A para-educator, for example, could serve as a substitute for a long period, or a teacher who may have certification for a certain grade level could teach another grade level without penalty.

But, he acknowledges superintendents are feeling pressured when it comes to making a decision about changing the district’s learning model.

“When a superintendent tells me, ‘Miguel, my staffing is so bad that I have to close the school because I don’t have enough staff to keep it safe,’ I respect that decision,” Cardona said. “And I know that they’ve done everything in their power to keep schools open.”