At least 13,000 residents are expected to lose access to relief 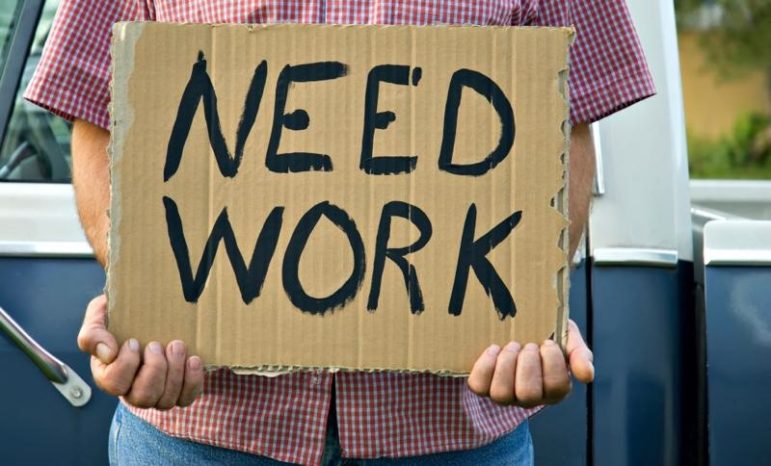 At least 13,000 residents are expected to lose their ability to collect extended federal unemployment benefits by mid-December because of a drop in Connecticut’s jobless rate, state labor officials announced Thursday.

The state’s unemployment rate fell for a third successive month in October and now stands at 6.1% — a decrease that effectively cancels jobless residents’ eligibility for seven weeks of extended federal benefits.

That’s because the lower rate pushed Connecticut’s three-month average — covering August through October — down to 7.8%, which is problematic because any rate below 8% cancels a state’s eligibility to provide its unemployed residents with an additional seven weeks of federally funded benefits in times of financial crisis.

Most unemployed people in Connecticut are eligible for 26 weeks of state benefits; Congress authorized an extra 13 weeks of federally funded payments earlier this year in response to the coronavirus-induced recession. The average weekly benefit in Connecticut is $270.

But there’s a second type federal relief , which pre-dates the pandemic — called the High Extended Benefits Program. It provides still another seven weeks of federally funded benefits — but only for as long as a state’s three-month unemployment rate remains below 8%.

Connecticut became eligible for high extended benefits in August, but the October numbers reversed that. According to state labor officials, no one new will qualify for those benefits, unless the job situation worsens again, and all current recipients will have lost them by Dec. 12.

“We expect the U.S. Department of Labor to notify us shortly that the High Extended Benefits period has ended,” said state Department of Labor Commissioner Kurt Westby. “In turn, over the next few weeks we will notify the claimants who will begin to lose benefits.”

Labor officials estimate that by mid-December, about 2,700 people who already have been receiving high extended federal unemployment benefits will lose them, and another 10,300 who would have become eligible in the near future now will be unable to collect any of this enhanced aid.

Further complicating matters, though, state labor officials say the job situation in Connecticut, though improving, is not as healthy as the October unemployment rate suggests.

“A falling unemployment rate is generally good economic news, however, like all things in 2020, this situation is far more complex,” said Westby, who called Connecticut’s 6.1% unemployment rate for October “artificially low.”

But since the pandemic began in March, state labor officials effectively have not required any residents to demonstrate they’re searching for work to qualify for benefits.

Federal agencies, which conduct the labor surveys used to determine states’ unemployment rates, initially removed those who are not seeking work from their calculations. So federal agencies decided that those jobless residents who had taken a temporary leave from work, or who’d suspended their job searches in March or for health safety reasons, were no longer part of the labor force.

State labor department economists project the effective rate for Connecticut is closer to 11%. About 188,000 people currently are collecting jobless benefits weekly in the state.

The state added an estimated 14,100 jobs in October, with the trade, transportation and utilities, and hospitality and leisure sectors recording the most gains.

Patrick Flaherty, acting director of research for the labor department, said the October improvement was driven by a resilient restaurant industry.

“Among the hardest hit during the pandemic, restaurants are coming back and have gained more than 70% of the jobs lost over the past seven months,” Flaerty said. “People will always want to go out to eat, so it’s likely that the industry will fully recover.”

The retail sector, by comparison has not bounced back as strongly, Flaherty noted, adding that it was challenged even before the pandemic by a surging online shopping industry.