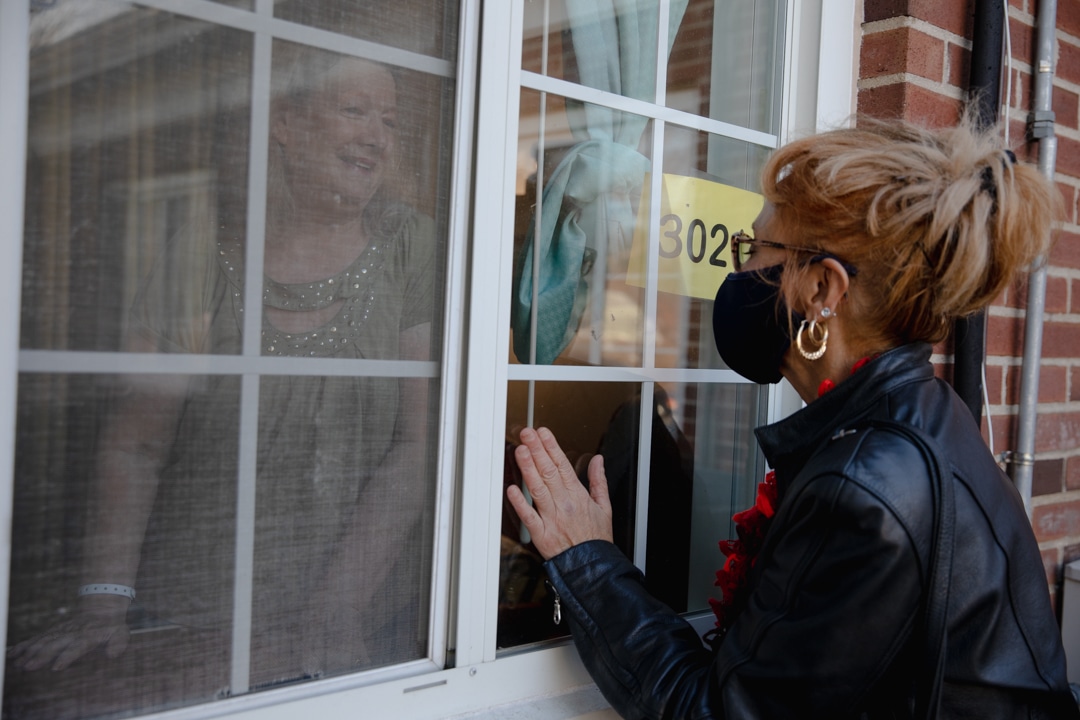 As COVID-19 positivity rates creep up in communities across the state, nursing homes – whose fatalities represent 63% of the state’s overall coronavirus deaths – are under pressure again to test staff more frequently.

In counties with positivity rates of 10% or higher, the facilities are required to test staff twice per week, according to rules outlined by the Centers for Medicare and Medicaid Services. The state currently is paying for every home to test its workers once a week.

State leaders have not said whether they plan to foot the bill for a second weekly PCR test for nursing homes in high positivity areas. Officials at the public health department and Gov. Ned Lamont’s office did not respond to questions about the testing Wednesday.

As of Nov. 20, Connecticut had about $196 million left of the $1.4 billion in coronavirus relief funds it received from the federal government, according to the state Office of Policy and Management. It was not immediately clear Wednesday how much of the remaining funds were already committed to other endeavors. Several other entities, including the state’s cash-strapped hospitals, have asked for financial support.

New Haven and Fairfield counties recently crossed the 10% threshold – with positivity rates of 11.1% and 10.9%, respectively – and must now test every employee twice a week. Hartford County, with a positivity rate of 8.9%, is not far behind. Industry leaders say the state has advised them to use the antigen testing machines and materials provided by the federal government. But there are drawbacks.

The rapid antigen tests, whose results can be reported within 15 minutes, are considered less accurate than a PCR test. The PCR test, which detects ribonucleic acid and is dubbed the “gold standard” of COVID-19 tests, typically produces results within 48 hours. The state is paying for PCR tests in nursing homes as part of the once-a-week testing strategy.

Some nursing home operators have questioned how effective the antigen devices would be as they prepare to increase staff testing to twice a week.

“They’re not quite as good,” said Paul Liistro, who owns the Manchester Manor and Vernon Manor nursing homes and is keeping an eye on Hartford County’s positivity rate. The state’s Public Health Department “has told us that there’s a higher propensity of false negative tests with those antigen machines,” he said. “They’re not as reliable as the ‘gold standard’ PCR test.”

The Wall Street Journal reported that thousands of coronavirus rapid-testing devices are sitting idle at nursing facilities across the country. The federal government spent $100 million to send the equipment to the majority of U.S. nursing homes over the summer, the paper reported, but industry executives have been wary of the accuracy and the staff time involved in using them.

For some of the smaller nursing homes or those not part of a larger chain, the antigen tests can be time consuming. Unlike the PCR tests, which are processed by “care partners” – local hospitals or other facilities that work with the homes – the antigen tests are handled by workers at each building.

Liistro has 360 staff members across his two buildings, and he estimated that employees at each building could run only about 10 tests an hour.

“It becomes a challenge,” he said.

Depending on how often the machines are used, the materials can also become costly. David Skoczulek, vice president of business development for the iCare Health Network, which owns 11 nursing homes in Connecticut, estimated his company has spent hundreds of thousands of dollars on antigen testing supplies. iCare uses the machines to trace outbreaks and for proactive testing measures. Officials there are also preparing to use devices for a second round of weekly staff testing once community spread tops 10% in the greater Hartford region, where most of their facilities are located.

Nursing home residents are expected to be among the first in Connecticut and elsewhere to receive a COVID-19 vaccine. An advisory panel to the Centers for Disease Control and Prevention voted Tuesday in favor of giving health care workers and residents of long-term care facilities the first doses of the immunization once it’s approved for public use, which could be as soon as this month. Drug makers Pfizer and Moderna both have applied for emergency use of their coronavirus vaccines.

But for the remaining weeks before those shots are administered, nursing home operators say they’re trying to remain vigilant.

“We would support the state paying for a second test,” Skoczulek said.