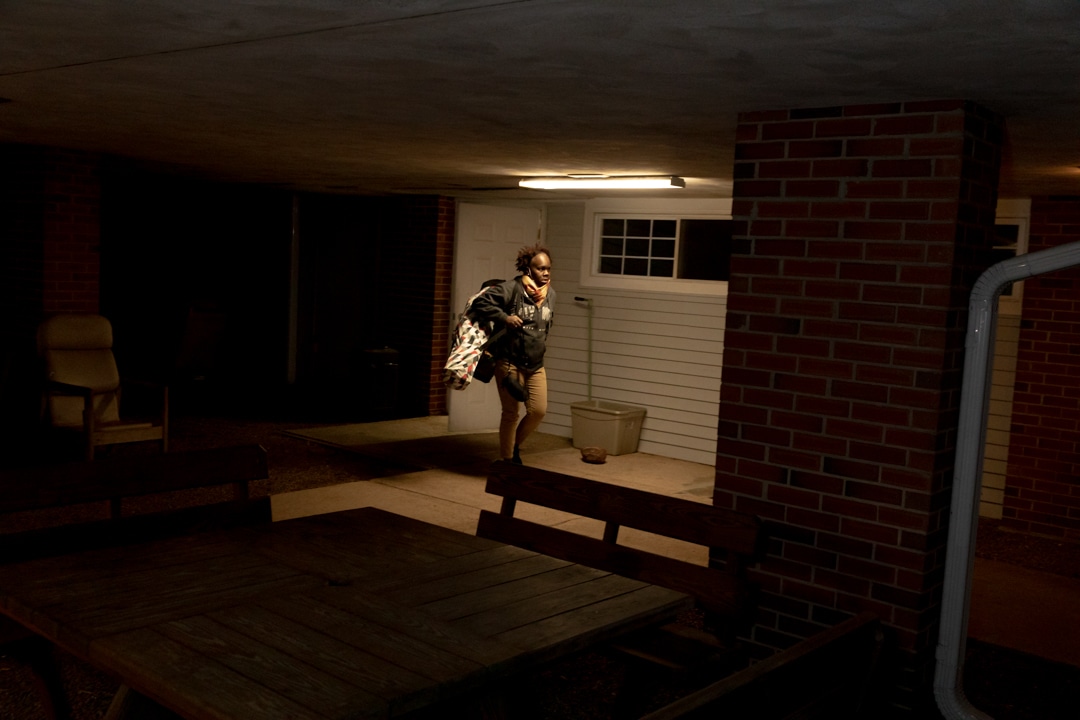 Minority businesses: Wounded by COVID, but key to inclusive revival

Tia Woods leaves her job at a residential facility at 6 a.m. last week. Her small business closed in the spring. Woods uses her daytime to help her children with distance learning and prepare to open her business online.  |   photo by: Yehyun Kim :: ctmirror.org

Tia Woods had been the coordinator of a dance program. It closed but left her with space in East Hartford. She had a business idea: Woods, who is Black, knew many minority artisans needed space to show and sell their products.

So in February 2019, she created what she called a “modern consignment boutique” called “ITS the Room,” a kind of mini-mall where minority entrepreneurs, crafters and artists could set up shop. After a year, things looked promising. She had as many as 18 vendors, and people were coming in the door.

“We were doing well. I was learning marketing, figuring it out,” she said in a recent telephone interview.

But then the coronavirus arrived. She “didn’t have the capital to pay the rent” without income and closed in March. She is now working at a residential care facility in Hartford.

She is a local example of a deeply troubling national trend. Black-owned businesses, which are vital to inclusive growth, have taken a much harder hit from the pandemic than companies overall, according to a study released in July by the Federal Reserve Bank of New York.

An earlier Stanford University study reached about the same conclusions.

“It has been devastating for many Black-owned businesses,” said Anne-Marie Knight, executive director of the Black Business Alliance, a nonprofit that offers a variety of programs to promote and enhance small and medium-sized Black and minority -owned businesses in the state.

Many could not gain access to the Paycheck Protection Program, the federal government’s major pandemic relief program for small businesses. These loans reached only 20 percent of eligible firms in states with the highest densities of Black-owned businesses, the report found. 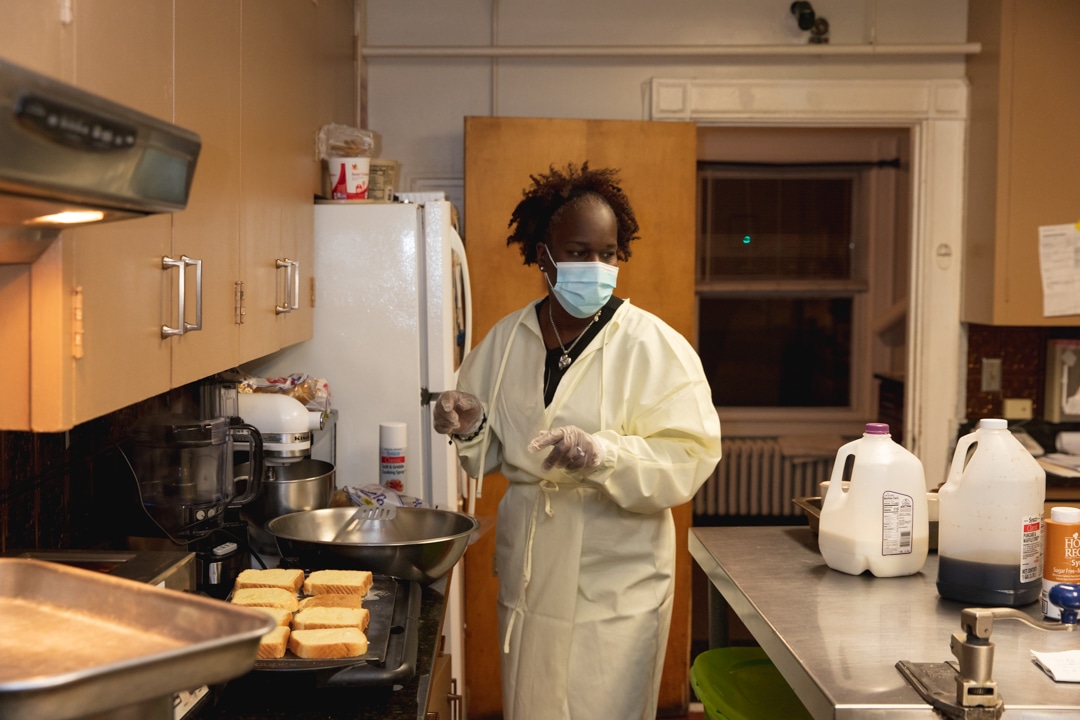 Tia Woods makes a breakfast during her night shift. She now has a mentor helping  her learn how to improve her business when she opens online. “What can I do better to make sure that my business doesn’t close again?” Woods asked herself.

Another reason Black-owned business took such a hammering, said Knight, is that a majority of them are located in Black neighborhoods, which have been the hardest-hit by the pandemic.

This doesn’t just hurt Blacks. A study released in September by Citibank estimated that racism has cost the broader U.S. economy $16 trillion in the past 20 years, the largest chunk of which — $13 trillion — was lost because, as Knight said, Black entrepreneurs are not getting equal access to business loans and have less capital to work with.

When they have what they need, Knight said, minority businesses make a substantial contribution to the overall economy. This is supported by a 2019 economic impact study by the New Haven-based Greater New England Minority Supplier Development Council, which advocates for more than 250 minority-owned businesses in the six-state region. Its companies added $4.3 billion to the region’s GDP, supported $1.9 billion in income at 32,789 jobs, 19,691 of which were at certified minority business enterprises, the study concluded. Connecticut’s share was a $745 million contribution to GDP and $296 million in income through 4,239 jobs, 2,200 of them at minority-owned businesses.

The New York Fed study said closing the investment gap, as well as gaps in housing, education and wages, could add $5 trillion to the national GDP in the next five years.

If the state is to achieve an inclusive recovery from the crippling pandemic, minority-owned businesses must be a part of it, said Peter F. Hurst Jr., president and CEO of the supplier development council. “You can’t have a successful economy where a whole portion of folks can’t participate.”

New businesses will be vital to the nation’s economic recovery.  “Our cities won’t revive until we create new businesses to replace those lost,” writes Victor W. Hwang in Bloomberg CityLab. He heads a campaign called Right to Start that promotes entrepreneurship.

Countless minority entrepreneurs have met the challenge of starting and running their own businesses, but it’s not easy.

“It’s the hardest thing to do. It boils down to work ethic, drive and ambition, being passionate,” said Paige Parker, who speaks from experience.

Two decades ago, she had opened a health food store, and her husband Ted was working in corporate marketing and sales. At a health foods expo in 2002, they met the producer of a nutritional supplement that Ted was taking and swore by.

“I always wanted to work for myself. My dad started his own business. I like the autonomy. It’s hard, but it’s worth it,” said Paige.

There are different ways to start businesses. Mark Nisbett, a former corporate real estate executive, started a commercial office furniture and workplace design business, People, Places and Spaces LLC, with a shared service partnership with a larger company. This, he said, “provides tremendous support with the back-office operations” and gives his Hartford business access to regional and national markets via affiliates in Boston and Providence.

The lull in office work has caused him, like countless others, to innovate; he is working on return-to-work configurations that are safe, flexible and functional, he said.

I always wanted to work for myself. My dad started his own business. I like the autonomy. It’s hard, but it’s worth it.”— Paige Parker, co-owner of Vibrant Health in Shelton

Another business model gaining interest is the employee-owned co-op, one of the best-known examples of which is the Evergreen Cooperatives in Cleveland. It consists of two industrial laundry facilities that serve “anchor institutions” such as the Cleveland Clinic and Case Western Reserve University, plus a hydroponic greenhouse and an insulation company, and has more than 250 employee-owners.

New Haven officials have talked about replicating this model.

The Elm City has a number of entities that support business startups and this year began an effort to weave them together into an “equitable entrepreneurial ecosystem” to help Black, Latinx and women entrepreneurs.

The two-year effort is a partnership between the Community Foundation for Greater New Haven, which has made inclusive growth a priority;  a North Carolina-based nonprofit called Forward Cities, which promotes minority entrepreneurship in cities across the country; and Caroline Smith and Margaret Lee, co-founders of a local nonprofit called Collab that assists early-stage entrepreneurs, particularly Black and Latinx entrepreneurs (a recent Collab success is “Peels & Wheels Composting,” a composting service that uses bicycle-pulled trailers for pickup). The partners hope the new project “gets deeper into the neighborhoods” to tap the entrepreneurial spirit, Smith said.

In addition to start-ups, Hurst and others urge support for existing minority-owned businesses, both by the public and private sectors. “Minority suppliers need the same things other businesses need: access to capital, access to markets, access to talent. But most importantly, they need contracts.”

Those can sometimes be elusive.

Ed Rodriguez is president of Penmar Industries of Stratford, which manufactures pressure-sensitive tapes and graphic labels and also sells warehouse supplies. He said the company, founded in 1967, has a strong balance sheet and top products. But he said that while he sells to some of the state’s large industries, he doesn’t sell to all of them.

“I don’t really understand why,” he said in a recent telephone interview. “Everybody needs tape.”

With regard to doing business with minority-owned businesses, large companies can generally be divided into three categories, said Hurst. Some just “check the box” and pay lip service. Some follow whatever regulations might be in effect. The third takes it seriously, understands that it is important, and they “make it part of their DNA.”

He cited CVS Health, Blue Cross Blue Shield of Massachusetts and the University of Connecticut as entities that walk the talk with purchasing from minority suppliers.

There are a number of government programs that support small and minority-owned businesses. The best-known federal programs are in the U.S. Small Business Administration — the Parkers used an SBA loan to buy their business.

On the state level, the Department of Economic and Community Development has two streams of support for small and minority-owned businesses, said Deputy Commissioner and Chief Operating Officer Glendowlyn Thames. One is direct financial assistance, in programs such as the Minority Revolving Loan Fund and others. The other is funding for nonprofits such as the Spanish American Merchants Association, Black Business Alliance and the Women’s Business Development Council, which then provide services to small businesses.

Here’s where it gets dicey. The statutory definition of a “minority” includes, along with ethnic minorities, women. There’s a feeling among some ethnic minorities that businesses owned by white women are getting the lion’s share of state business.

Some of these programs have been on the books for years, and things change. There hasn’t been a disparity study in years.”— DECD Deputy Commissioner and COO Glendowlyn Thames

In fiscal 2020, according to the state Department of Administrative Services, state agencies spent $300,658,632 with small businesses, and of that, $88,016,272 went to minority-owned businesses. The state doesn’t break out how much of the “minority” spending went to businesses owned by Blacks and Hispanics and how much went to those owned by white women.

“Do a disparity study,” said  Jennifer Little-Greer, executive director of the Minority Construction Council, which provides technical assistance and other services for more than 160 minority contractors in the state. Such a study would determine who is getting the work and whether the state’s race-and gender-based contracting policies need to be adjusted, said Little-Greer. Interestingly, the number of businesses owned by women, including minority women, has dramatically increased in recent years.

Commissioner Thames agrees it is time for a fresh look at the state’s small- and minority-business incentive programs. “Some of these programs have been on the books for years, and things change. There hasn’t been a disparity study in years,” she said.

The department has proposed a bill to move the state from direct lending to loan guarantees, a step she believes will induce private lending and provide more cash for entrepreneurs. Thames said the shuttering of so many Black-owned businesses “keeps me up at night.” Many of those businesses will not reopen, often sapping jobs and vitality from urban neighborhoods. For that reason, “there has to be a focus on supporting new businesses.” 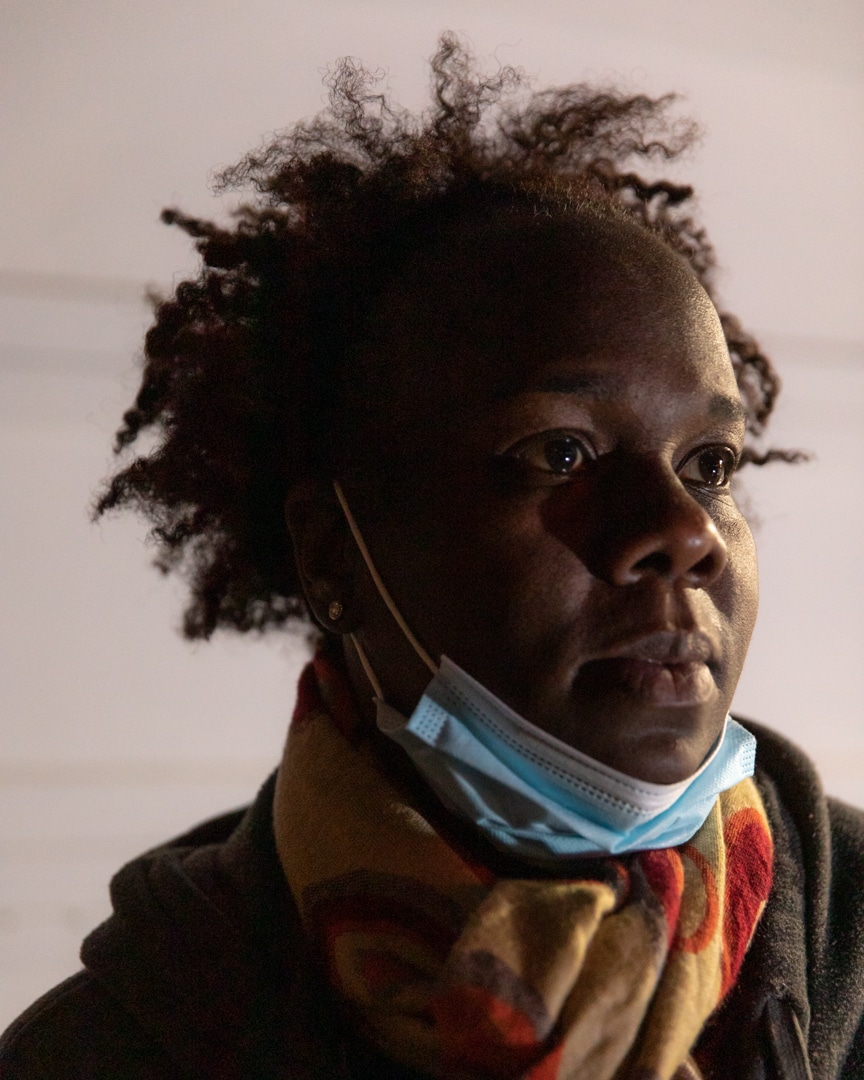 On the plus side, there is a growing recognition of the need to incubate and support small and minority-owned businesses. In addition to the New Haven programs, four entities in Hartford — the city, the Hartford Foundation for Public Giving,  HEDCO, Inc., and Capital For Change — in March created an emergency small business grant program. Nationally, the U.S. Chamber of Commerce this year began an “Equality of Opportunity Agenda” to — among other things — reduce the entrepreneurship gap.

The goal is more minority entrepreneurs, and Tia Woods hopes to be one of them. Having gotten her feet wet with her East Hartford boutique and now with a mentor and an awareness of the assistance that is available, she’s looking for another opportunity, maybe with an online business.

For a list of Black-owned businesses in the state by town, see shopblackct.com.