With the Food and Drug Administration poised to authorize the emergency use of the first COVID-19 vaccine, Gov. Ned Lamont said Thursday that Connecticut expects to administer the first doses on Tuesday to front-line medical personnel, with nursing home patients to follow a week later.

Lamont called the distribution of the vaccine an incredibly complex undertaking, with challenging logistics and difficult policy decisions about who will get priority among medical providers and vulnerable residents.

Less than an hour after Lamont’s briefing, an expert advisory panel at the FDA voted 17-4 to recommend final emergency approval of the Pfizer vaccine, the Associated Press reported. The FDA is expected to follow the panel’s recommendation, providing the first measure of protection against a disease that has claimed nearly 300,000 lives in the U.S., including 5,327 in Connecticut.

The first-term governor sounded very much like a besieged commander trying to keep up the troops’ morale as they await promised relief, but he also cautioned that the impact of the vaccine developed by Pfizer might not be felt for a month.

Nursing home patients, the other priority population targeted for the vaccinations, can expect inoculations starting on Dec. 21, Lamont said. Connecticut expects to vaccinate 240,000 people by the end of January.

The worst of the COVID-19 hotspots in the country is next door to Connecticut in Rhode Island. Over the past week, the small, densely populated state has had an average daily caseload of 123.8 per 100,000 people — by far the highest per-capita rate in the United States.

The per-capita rates of Connecticut and Massachusetts were 76.5 and 69.4, respectively, both significantly above the U.S. rate of 63.3, according to the Centers for Disease Control and Prevention data dashboard. Over the summer and early fall, caseloads were low in New England

Connecticut reported 2,431 new confirmed cases among the 36,659 tests returned Thursday, a positivity rate of 6.63%. There were 42 fatalities in the state and 2,566 nationally.

Hospitalizations in the state dropped by 48 to 1,214 patients, with 78% of all hospital beds and 59% of beds occupied in intensive care units, but four hospitals had significantly higher occupancies.

St. Mary’s Hospital in Waterbury and Stamford Hospital each were about 90% full, while the highest ICU occupancies were 92% at St. Francis Hospital and Medical Center in Hartford and 90% at Manchester Memorial Hospital. Statewide, COVID patients accounted for 36% of all occupied ICU beds.

The governor announced no new restrictions, while the state Department of Consumer Protection said it had suspended the liquor license of a Hamden club where authorities said 100 people crowded on a dance floor. Michelle Seagull, the commissioner of consumer protection, said the suspension was only the third in the state.

Lamont has used a mix of moral suasion and the threat of $10,000 fines to enforce the COVID restrictions. No one has been hit with the maximum fine.

“Rules are only effective if people understand them and to want to follow them and obey them,” Lamont said.

Connecticut limits indoor dining at restaurants to 50% of capacity, after briefly raising the limit to 75% in early October before the current wave of new cases. The state has similar limits on retail. Bars never reopened after Lamont ordered them closed in March.

None of Connecticut’s neighboring states have closed restaurants, though Rhode Island and Massachusetts have tighter limits, and New York City restaurants could close as early as next week, depending on hospitalizations.

Rhode Island, which saw cases rise faster than anywhere else in the northeast in the second wave of cases, declared a two-week pause in its reopening on Nov. 30, limiting restaurants to 33% of capacity for indoor dining, with a rule of one household per table. Gyms, bowling alleys and other indoor recreation venues are closed, as are the two casinos in Tiverton and Lincoln.

Effective this Sunday, Massachusetts is rolling back capacity for indoor dining, retail and pretty much all commercial activity to 40%. Table limits at restaurants will be six diners. Its casinos remain open, as are Foxwoods Resort Casino and Mohegan Sun in Connecticut. 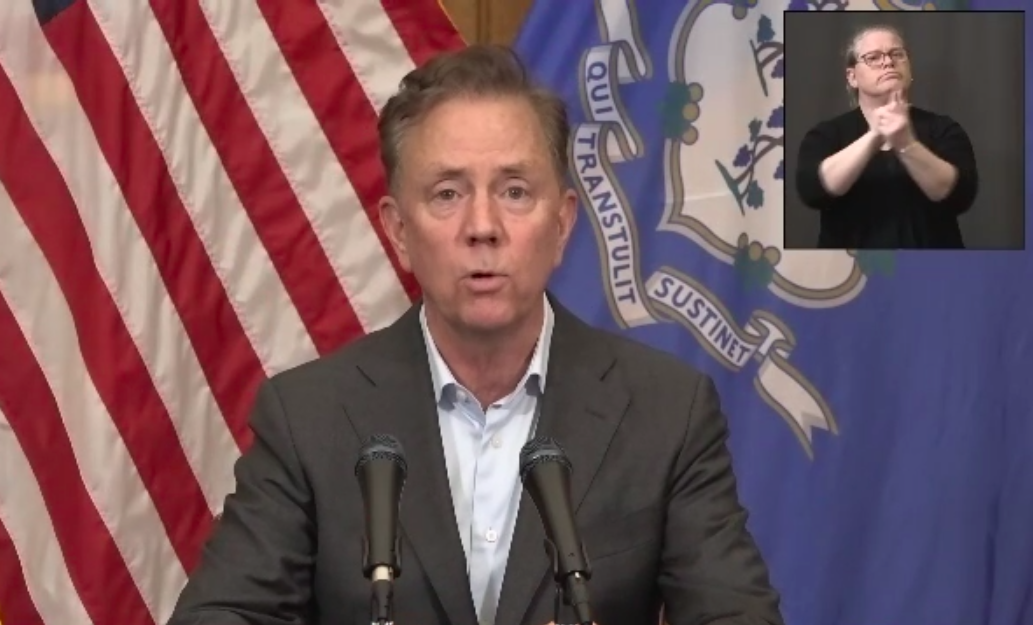