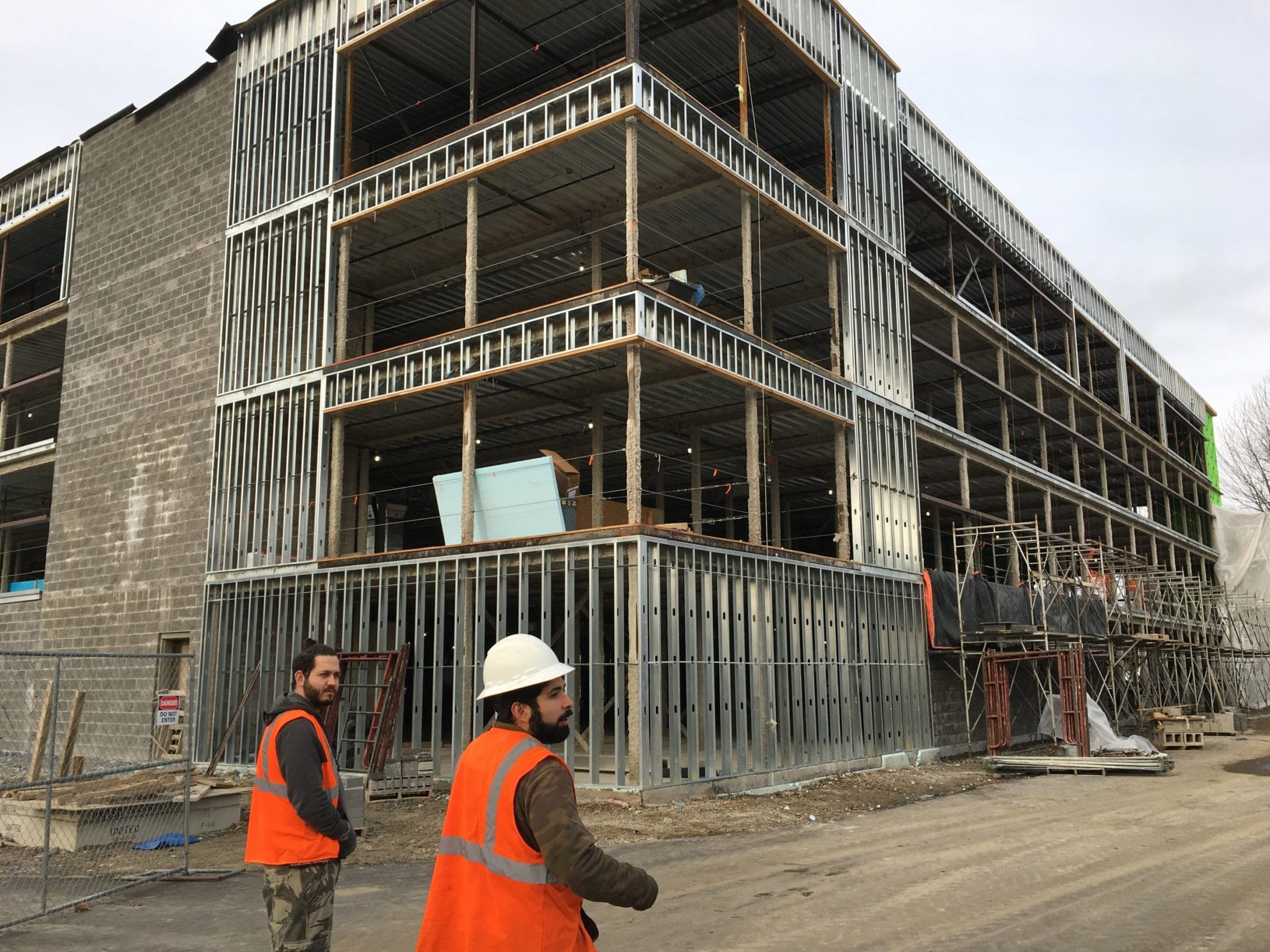 A large self-storage building under construction last winter in a New London Opportunity Zone. Officials say it will add property tax revenue but not many jobs.  |   photo by: Tom Condon

In early September, Brian Marois, a Republican on Manchester’s board of directors — its governing body — proposed a redevelopment project for a vacant school building, saying it was ideal for attracting private investment because it sat in one of the town’s two Opportunity Zones.

The idea was rejected by the board’s Democratic majority for other reasons, according to the Hartford Courant, but Marois did bring up a program that’s been somewhat forgotten in the pandemic, at least until President Donald Trump claimed it during the campaign as one of the ways he aided the Black community.

Opportunity Zones are a federal tax incentive intended to draw private investment to distressed neighborhoods. A year ago it was one of the hottest ideas around. The state created a website and appointed a coordinator of the program. Last October more than 400 town officials, planners, developers and investors packed a conference in New Haven on Opportunity Zones. Officials saw the incentive as a tool for inclusive growth, a way to plan and organize investment in underserved communities.

A year later, the program is, as U.S. Rep. Jim Himes, D-4th District, said in a recent telephone interview, “in desperate need of tweaking.” One of its incentives has lapsed, it’s been touched by scandal in some parts of the country, it has no public reporting requirement and may be benefiting rich investors more than distressed communities.

But Marois is not wrong. Despite issues that Rep. Himes and others would like to see improved or corrected, Opportunity Zones still can work.

Finally, if the investment — it can be in residential, commercial or energy projects — is held for 10 years, there is an additional benefit: the capital gains tax on the profits from the Opportunity Zone project is eliminated.

The zones themselves are — or are supposed to be — low-income census tracts as measured by federal poverty metrics (see here ). States were allowed to nominate up to 25% of their low-income census tracts. Connecticut has 72 Opportunity Zones in 27 municipalities (see here ). Most are where a student of the state’s wealth distribution would expect them to be: 10 in Hartford, seven each in New Haven and Bridgeport, etc.

Major investment funds were created to take advantage of the tax incentive investments; but individuals can create their own funds.

Long term, this is a net benefit to the city.”— Felix Reyes, New London development director

So, what can go wrong?

Turns out, quite a lot.

A loose definition of “need”

The point of the exercise is to lure capital to distressed communities. Early reports indicate this is starting to happen in some places, such as Buffalo, N.Y., Erie, Pa, and Birmingham, Ala.

But as the New York Times reported on Aug. 31, 2019, developers are putting billions of untaxed investment profits into high-end apartment buildings and hotels in trendy downtown sections of Miami, Houston and New Orleans, as well as storage facilities that employ only a handful of workers, and student housing in bustling college towns. Many of these projects were already underway, the Times reports, suggesting they didn’t need a tax incentive.

How is this happening?

For one thing, some poor census tracts have pockets of wealth.

Also, the legislation allows some census tracts adjacent to poor tracts to be designated as Opportunity Zones, on the theory that they would draw workers from the poorer neighborhoods.

In addition, the selection criteria used data from the 2010 census. Some Opportunity Zone tracts, including one in downtown Stamford, have prospered since then.

Finally, there is political subterfuge.

The only formal duties for the states was to designate the zones, which are supposed to be areas of need. But apparently some governors defined “need” rather loosely. For example, ProPublica reported that lobbying by the wealthy and influential Huizenga family got Florida Gov. Rick Scott to designate an Opportunity Zone around a “superyacht marina” in West Palm Beach, where the family plans to build a luxury condominium development. In doing so, Scott rejected requests to designate other, less affluent areas. 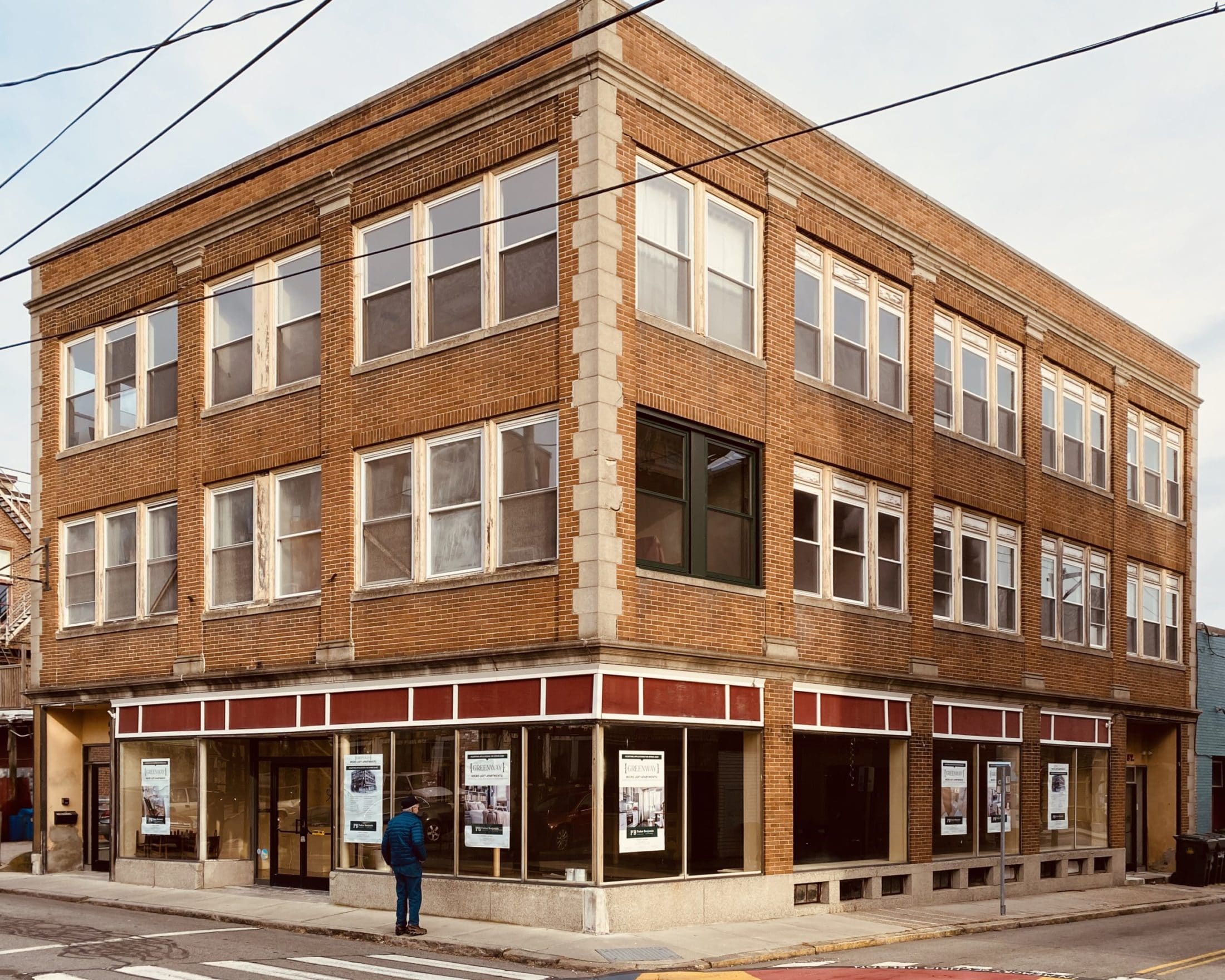 A building in downtown New London’s Opportunity Zone that is planned for mixed-use redevelopment. City development director Felix Reyes says restoration of a small building can revive a whole street.

The Times reported that Treasury Secretary Steven Mnuchin personally intervened to designate an opportunity zone in Nevada that includes a 700-acre industrial park. One of the park’s main investors is erstwhile “junk bond king” Michael Milken, a friend of Mr. Mnuchin’s. Planners originally concluded the area was too affluent to qualify, but Mnuchin reversed that decision (he and Milken denied any untoward activity).

Similar stories of influence peddling have popped up in a few other cities.  Also, the law has no reporting requirements, so it is hard to tell who has invested in what, and what the impact is.

The Urban Institute issued a report in June critical of Opportunity Zones. The report found that while there have been “compelling examples of community benefit, the incentive as a whole is not living up to its economic and community development goals.”

One reason for that, the report found, was that while Opportunity Zones “were designed to spur job creation, most … capital is flowing into real estate and not into operating businesses.”

But there are proposals working their way through Congress to, as Rep. Himes said,  “tweak” the Opportunity Zone incentive.

A bill to keep Opportunity Zone projects out of affluent areas, prohibit investments in such things as stadiums, luxury apartments and casinos, and to create public reporting requirements, has been introduced by Sen Ron Wyden (D-Ore).

Another, from U.S. Rep. Scott Tipton (R-Col) and others, would extend the timeline for the incentive program. The ability to defer capital gains from the sale of the original asset, as long as the gain is invested in an Opportunity Zone project, now sunsets at the end of 2026.

This means that to have gotten the 15% capital gain reduction for holding an investment for seven years, the investment would have had to have been made by the end of 2019. Tipton wants to push the end date back to 2030, citing the Covid-related slowdown. The other incentive — elimination of capital gains on the Opportunity Zone project if the investment is held for 10 years — continues past 2026. 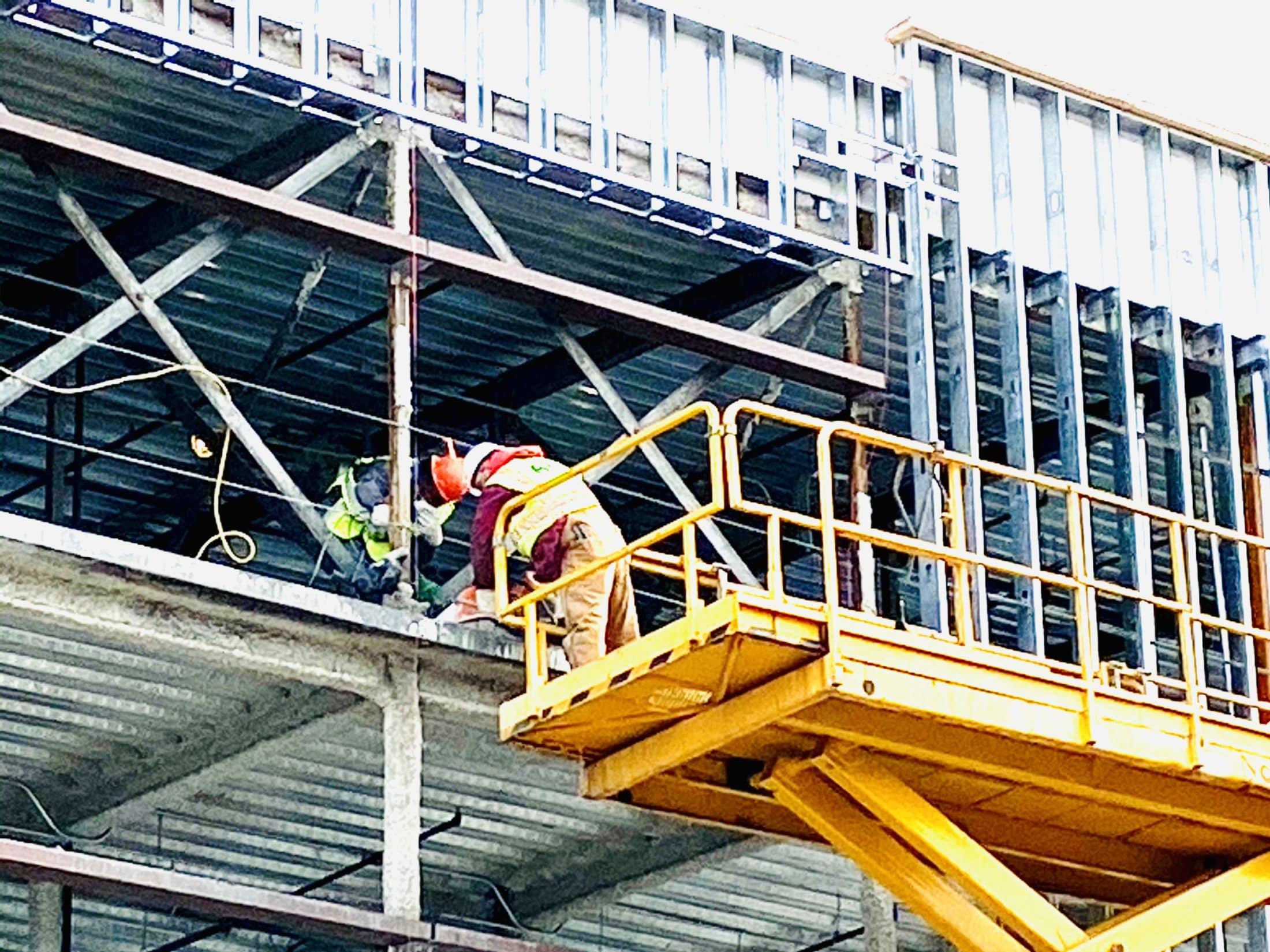 A New London self-storage building under construction last winter in an Opportunity Zone.

The Urban Institute proposes that the program be more focused on supporting small business, base the tax incentive on impacts, such as job creation, and allow a broader class of investors, such as foundations or pension funds, to participate in the incentive.

But for all of the negative issues, the evidence shows Opportunity Zones still can help struggling communities. A smattering of projects got underway in Connecticut Opportunity Zones before and during the pandemic. New London has three.

One is a large self-storage building (apparently a booming industry) in a commercial area along I-95. It won’t produce many jobs, but it puts a tax-paying entity on what had been vacant land with infrastructure already in place, said Felix Reyes, the city’s development director.

“Long term, this is a net benefit to the city,” he said.

Another of the city’s Opportunity Zone projects will be a 200-unit, market-rate apartment complex southwest of downtown near a large General Dynamics engineering center and two medical centers. It builds on neighborhood strength, Reyes said, with construction expected to begin next year.

The same for a single building on Green Street, a quiet downtown side street mostly known as the home of the historic Dutch Tavern. The target is a former commercial building, which is being converted into micro loft apartments with a restaurant, said Reyes.

For communities such as Manchester that might be considering Opportunity Zone investment, a few guidelines from Reyes and others:

For one, the project itself has to be sound.

A city’s staff and governing body must be willing and able to work with developers and business owners. For example, they have to know how to layer different grant programs — brownfield remediation, facade improvement, historic tax credits, etc. — to make a project financially viable.