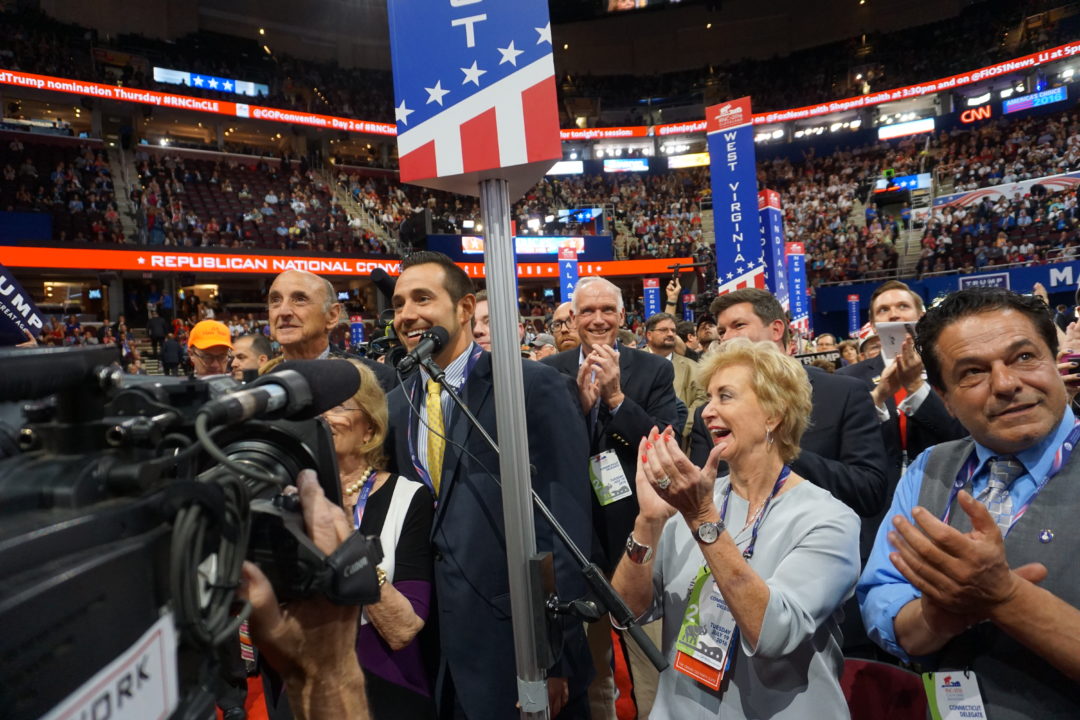 On a night when a Republican president faced the inevitability of an impeachment vote, J.R. Romano abruptly resigned as chair of the Connecticut Republican Party in an email sent at 7:15 p.m. Tuesday to members of the party’s State Central Committee.

“This decision is what’s best for the organization to move forward,” wrote Romano, who already had announced he would not seek re-election in June. “It’s time for a new voice to be heard from Connecticut Republicans.”

His email made no mention of his unflinching support for President Donald J. Trump, the shocking siege of the U.S. Capitol, the unsuccessful House call for the vice president to invoke the 25th Amendment and strip the president of his authority, or the prospect of the House now moving to impeach Trump with the support of the House GOP’s third-ranking leader, Liz Cheney of Wyoming.

Former state Sen. George Logan of Ansonia, who captured a Democratic seat four years ago, then lost re-election last year in a rematch with Democrat Jorge Cabrera, is among the potential successors. If elected, he would be the first Black state GOP chair in Connecticut.

“I am considering it, along with other opportunities for me to best serve Connecticut residents in the near future,” Logan said in a text.

Romano was re-elected in June 2019 to a third two-year term as state chair, surviving a challenge over the degree to which he bore responsibility for a disastrous 2018 election cycle in which the GOP lost state legislative seats and every statewide and congressional office.

With no statewide or congressional office holders, Republicans in Connecticut rely on the state chair as a fundraiser, organizer and spokesman — all jobs that have become more difficult in New England during the Trump administration. 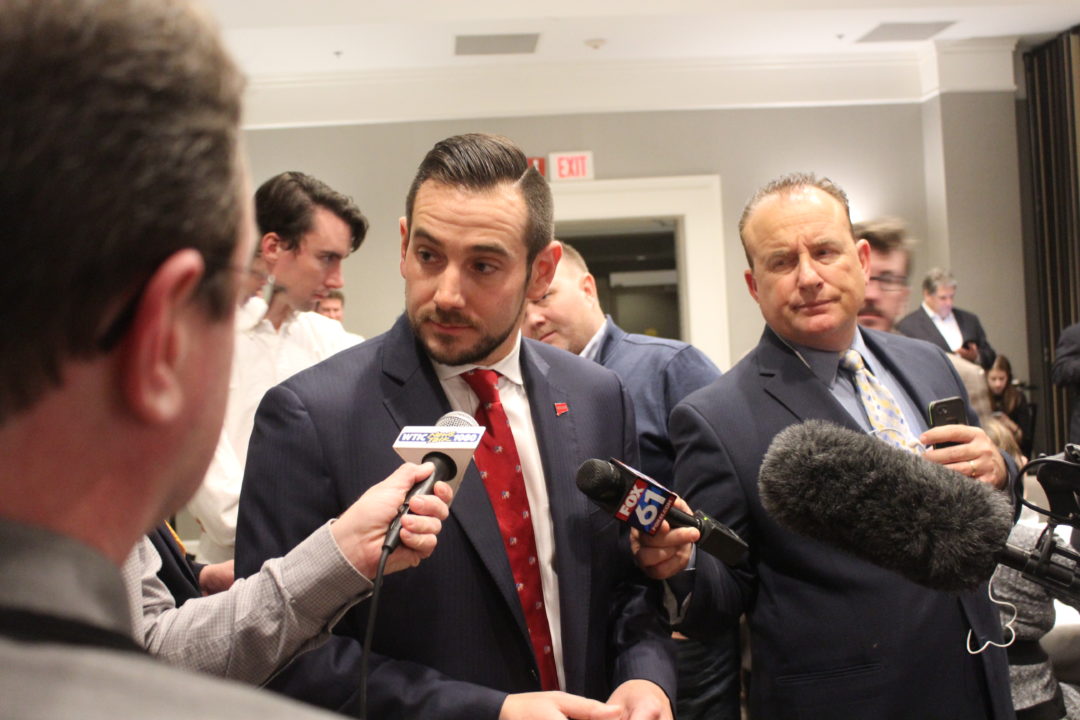 J.R. Romano answers questions from the media on election night in 2018.

Susan Hatfield, the vice chair of the party, said she will ask the State Central Committee at its next meeting on Jan. 26 to schedule the election of Romano’s successor at the following meeting on Feb. 23.

That turns a five-month campaign into little more than a five-week scramble.

Hatfield said she is not seeking the chair, nor does she plan on running for another term as vice chair in June.

“With respect to the Connecticut Republican Party, we have some great staff members that are very dedicated. They are staying on,” Hatfield said.

But the party already has a key vacancy: Its executive director left a month ago. The party reported less than $100,000 cash on hand in its most recent state and federal finance filings.

Logan would be a strong contender. Chris Lancia of Milford, who managed Margaret Streicker’s congressional campaign last year, recently informed committee members he will run. Ben Proto of Stratford, an elections lawyer and longtime GOP operative, said he is exploring a campaign.

Alex Plitsas, the Republican chair in Fairfield, said he most likely will run for vice chair.

The challenge facing the GOP is unchanged from 2015, when Romano was first elected: Can a chair re-energize, reorganize and re-brand a party that holds no statewide or federal offices and is barely clinging to a 20% of registered voters?

Romano’s re-election in 2019 was only the fifth contested race for GOP chairman since the 1980s. From 1995 until 2011, when Republicans John G. Rowland and M. Jodi Rell were governors, the committee typically deferred to their choices for chair.

“Our greatest strength is our greatest weakness — we are individuals at our core. So we often compete and fight over ideas and direction,” Romano said after his last election. “It’s what makes us great leaders, and it also can cause problems when we’re talking about organization.”