CT House moves up session out of ‘abundance of caution’ 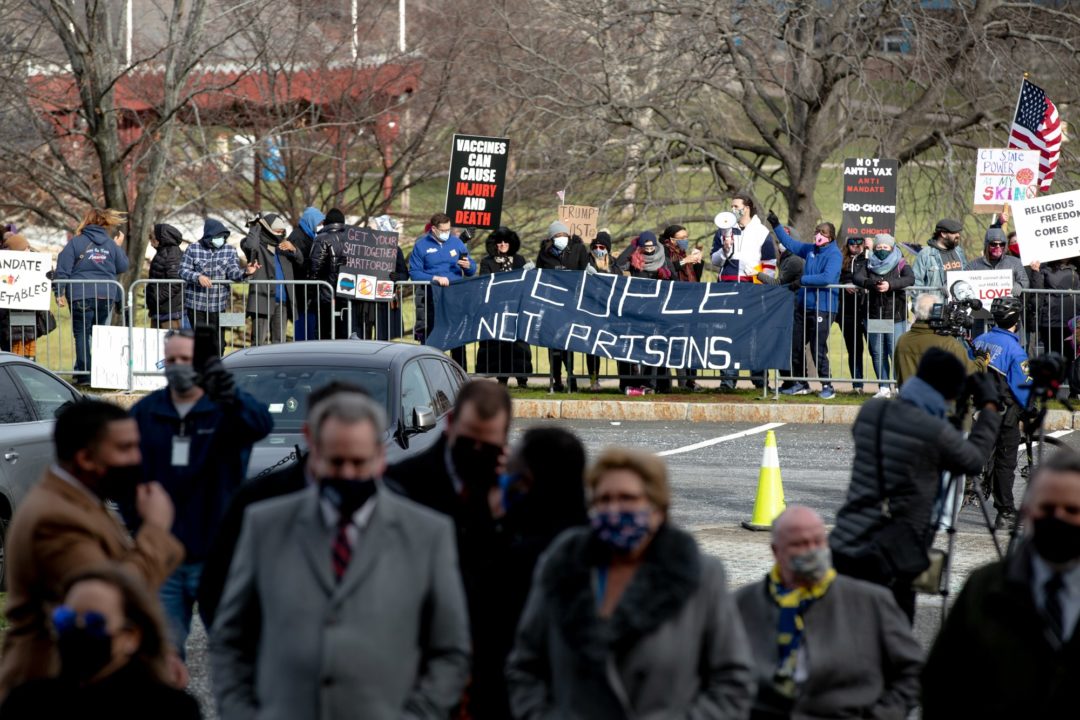 The mob attack on the U.S. Capitol last week and concerns about potential unrest next week prompted Connecticut House leaders Wednesday to abruptly move up to Thursday a session necessary to act on expiring judicial appointments.

The move is prompted by “an abundance of caution” and not specific threats of disruption next week in Hartford, the House leaders said. The state lawmakers had been expected to meet next Wednesday, Jan. 20, the same day as the inauguration of Joe Biden in Washington.

“We have a responsibility for the safety of legislators, staff, Capitol Police and the general public – and we take that responsibility seriously,” the leaders said in a joint statement. “Given the current uncertainty and unpredictability, we want to act on the judicial nominations that are before us as soon as possible.”

Judges are appointed to eight year terms, subject to re-nomination and legislative confirmation. With the end of the judicial terms rapidly approaching, a delay next week could have forced them, at least temporarily, from the bench, Ritter said.

Supreme Court Justice Andrew J. McDonald is the most prominent of the jurists up for reappointment. The confirmations of four Superior Court judges and senior judges and eight trial referees also are on the House agenda.

“The speaker and I discussed it late last night and made the final decision this morning at 6 a.m.,” Candelora said.

There is concern about protests and disruption in state capitals across the country as the inauguration approaches.

“So, we’re just trying to get our work done sooner,” Candelora said.

On that day, the biggest threat to state lawmakers was deemed to be COVID-19. The state House and Senate convened outside the Capitol to take the oath of office and elect Ritter as the new speaker by acclamation.

“We would not have been able to do that on Wednesday had that incident at the U.S. Capitol occurred prior to that,” Ritter said.

The legislature’s top six leaders and a representative of the Office of Legislative Management were briefed on security issues Wednesday by: Paul Mounds, the governor’s chief of staff; James Rovella, the commissioner of emergency services and public protection; Francis J. Evon Jr., the adjutant general of the National Guard; and Luiz Casanova, chief of the Capitol Police.

The State Capitol remains closed to the public due to COVID. Legislative committees are working virtually, their meetings and hearings carried live through links of the legislature’s web page and on the public affairs network, CT-N.

But lawmakers must be at the Capitol or in their offices at the Legislative Office Building to cast floor votes on legislation and nominations. Access to the chambers is limited to lawmakers who are lined up to debate.