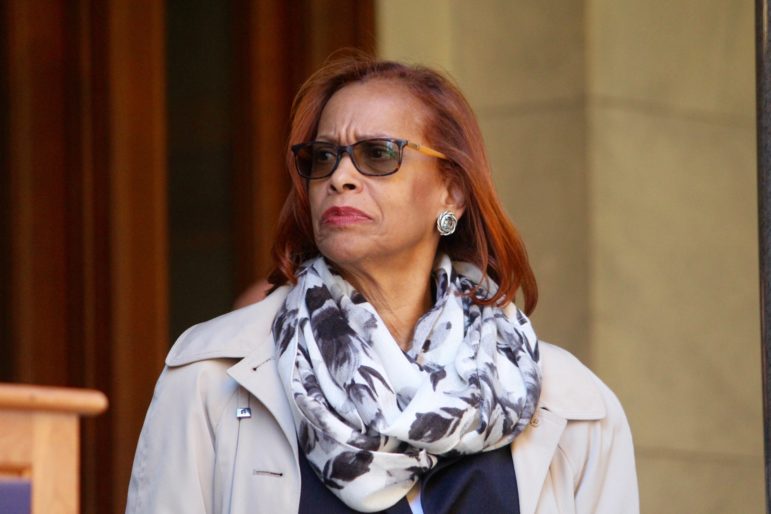 House Speaker Matt Ritter of Hartford and Rep. Toni E. Walker of New Haven said the measure would end an outdated procedure that amounts to a “poverty tax.”

“We treat it like a debt and not the temporary hand up it’s meant to be,” Ritter said during a mid-afternoon, live-streamed press conference. “These liens are the ultimate dream-crushers.”

Connecticut is one of 12 states that place liens on the property of recipients of any form of public assistance, according to a 2020 report from the nonpartisan Office of Legislative Research.

And it is one of just two — along with New York — that places liens on the recipients of cash assistance offered through welfare.

Ritter said this process pre-dates the welfare reforms Connecticut and many other states enacted in the 1990s, when new requirements were established to limit fraud and to require recipients with addiction problems to seek assistance.

Connecticut’s statute is an outdated, unnecessary measure that stops many of those it’s trying to help from building wealth, he said.

Renee Blake, 61, of Stratford, needed public assistance more than 40 years ago when she was raising her son.

Blake, who participated in the press conference, said she eventually was able to save, build a career, buy a home and help others in need by becoming a foster parent.

Now, as she hopes to sell her house and retire to Georgia, she’s learned she faces $37,000 in state welfare liens. This would consume much of the profit — and retirement security — she hoped to get by selling her house.

“I got on my feet, spent my life working and helping the state by being a foster parent, and now – the state is going to knock me off my feet again with this lien because of this unjust policy,” Blake added. “It just doesn’t make sense.”

“It is important that we start to bring humanity back to government assistance,” said Walker, who co-chairs the legislature’s Appropriations Committee, which will raise the bill. Few parents in need who seek public assistance are aware at the time they are committing themselves to liens that could follow them for the rest of their lives if they later save enough to buy a home, she said.

A survey of outstanding liens over five years showed about $18.3 million owed to the state.

That represents a fraction of the annual budget’s General Fund, but Walker said those dollars are critical to those who are trying to build a career and a home in Connecticut after once struggling.

While the measure would prohibit liens in most cases, Ritter and Walker added, it would not bar authorities from pursuing child support payments.

The legislation was endorsed by the Greater Hartford Interfaith Action Alliance — a coalition of 38 congregations and institutions across the region promoting social justice issues.

The Rev. Isaac Lawson, a representative of the alliance, said the current system preserves systemic racism and injustice in Connecticut society and ultimately traps many in “a vicious self-defeating cycle of entrenched poverty.”

While Lamont’s plan provides short-term stability, it also could leave Connecticut with challenges after the 2022 elections.