Connecticut has nearly $1B in new federal relief. Legislators and municipalities want to know how Lamont plans to divvy it up. 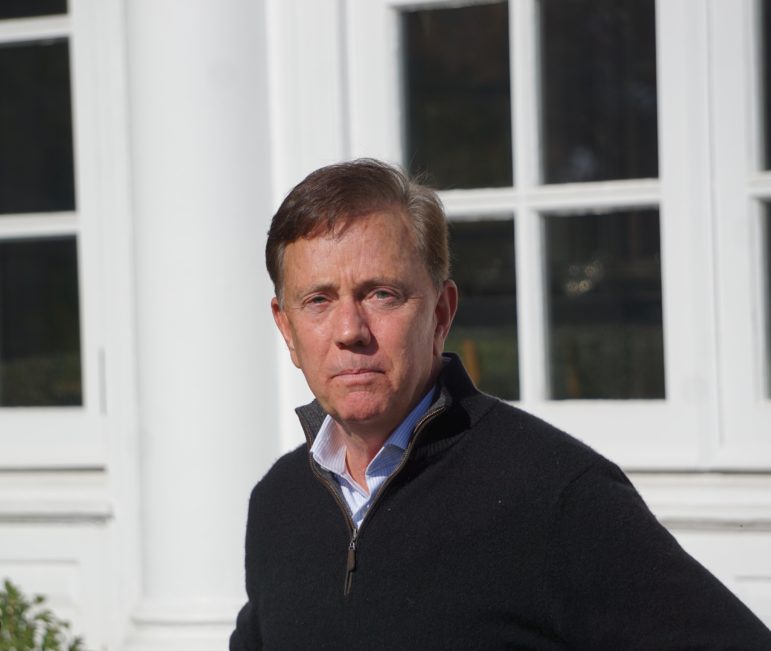 Fresh off extending Gov. Ned Lamont’s emergency powers, state legislators are pressing Lamont on how and when he will divvy up nearly $1 billion in new federal relief earmarked for education and housing — and they aren’t alone.

The largest lobbying group for cities and towns also wants to know when more than half of that money — approved by Congress more than a month ago — will go to local school districts.

And behind those questions is another big one:

Can Lamont, whose emergency powers to handle the coronavirus pandemic recently were extended until April 20, make those decisions by himself — even though he insists he won’t?

“We should know who has the ability to draw this [federal money] down. We should know the exact time frame — all of that,” said Rep. Toni E. Walker, D-New Haven, co-chair of the budget-writing Appropriations Committee. “We are finding this by going to other sources rather than from the administration, and that is very concerning.”

The committee’s other co-chair, Sen. Cathy Osten, D-Sprague, added, “We should be getting information out to local school districts so they can properly reset their budget.”

The linchpin of this new money was $492 million for elementary and secondary schools. Another $225 million was earmarked for higher education, and $28 million for emergency education needs identified by the governor.

But since then, the Lamont administration has said little about this.

The administration responds that things aren’t as simple as they seem. Federal guidance for much of this funding wasn’t released until January, and some details didn’t come out until just one week ago. And Paul Mounds Jr., Lamont’s chief of staff, said that while the administration isn’t legally compelled to work with legislators to craft a funding distribution plan, it nonetheless has pledged to make it a collaborative process.

“I can tell you this, this administration will be putting forth a [plan] that will take that into account,” he said.

Senate President Pro Tem Martin M. Looney, a New Haven Democrat, said Wednesday that legislative leaders’ decision to endorse extending Lamont’s emergency powers until April 20 was with the understanding that all spending decisions must go through the legislature.

“The legislative branch will continue to exercise its constitutional and statutory authority to appropriate any and all funds distributed to the state of Connecticut where federal law allows for such discretion,” he said. “We of course will continue to work with Gov. Lamont and his staff over the coming months to draft a budget all sides can agree to.”

But some questioned whether the governor isn’t rushing funds to local school districts now so the administration can grab bigger headlines in a few more weeks.

Lamont will submit his next two-year budget proposal to legislators on Feb. 10. And if the rollout plan for this federal money is released then, some say it could give the appearance the Democratic governor — and not Congress — is channeling this much-needed relief to Connecticut’s schools.

“I would be very disappointed if I find out this money is incorporated into his biennial budget proposal — to give the governor personal accolades,” said state House Minority Leader Vincent J. Candelora, R-North Branford, adding school districts already are developing their budgets for the next fiscal year and already should have received details on what to expect.

Max Reiss, Lamont’s communications director, responded that the governor has been consistent in protecting education throughout the pandemic.

“The Lamont administration has supported institutions across the state, large and small, through the use of federal funds since the start of the pandemic,” he said. “The approach has been successful, as it’s led to hundreds of thousands of school children having an in-person experience this year. The next round of funds, as prescribed by federal guidance, will focus on continued support for safe in-person learning and to focus on educational recovery and learning acceleration for every student.”

But Joe DeLong, executive director of the Connecticut Conference of Municipalities, said the dearth of immediate details is the latest in a general “lack of transparency” that has typified the state’s handling of federal funding since the pandemic began in March.

The General Assembly, which adjourned the regular 2020 session two months early last March, has been limited largely to virtual committee meetings since.

Lamont declared a six-month public health and civil preparedness emergency that gives him sweeping powers — provided the legislature does not block him. Leaders of the Democratic majorities in the state House and Senate have endorsed two extensions since then.

But DeLong said Wednesday that legislators need to form a special commission to track all federal dollars received, how they’ve been assigned and when they are disbursed, to keep both lawmakers and the public informed.

“Everyone needs to understand where those expenditures are going and why they’re going where they’re going,” he added.

Both Candelora and Senate Minority Leader Kevin Kelly, R-Stratford, said the latest extension was a mistake. The GOP favored limiting any further extensions to 30 days, provided lawmakers also begin an immediate review of all executive orders issued by Lamont during the pandemic.

“Connecticut is where constitutional government was born. The people have a right to know what’s going on,” Kelly said, adding that the lack of information on federal funding “erodes the people’s trust.”

And Candelora added that the stakes in this debate are huge.

President Joe Biden’s new administration has proposed another massive round of stimulus that includes $350 billion in new flexible aid for states and municipalities — meaning it could be used not only to cover pandemic-related costs but also temporarily replace eroding revenues in their budgets.

If such a proposal were to pass, that likely would mean billions of dollars for Connecticut.

“Democratic legislators are in no position to cry about how the governor is spending all of the federal money when they have, time and again, handed the car keys over to him,” Candelora said, adding the legislature must “reassert itself as a co-equal branch of government.”