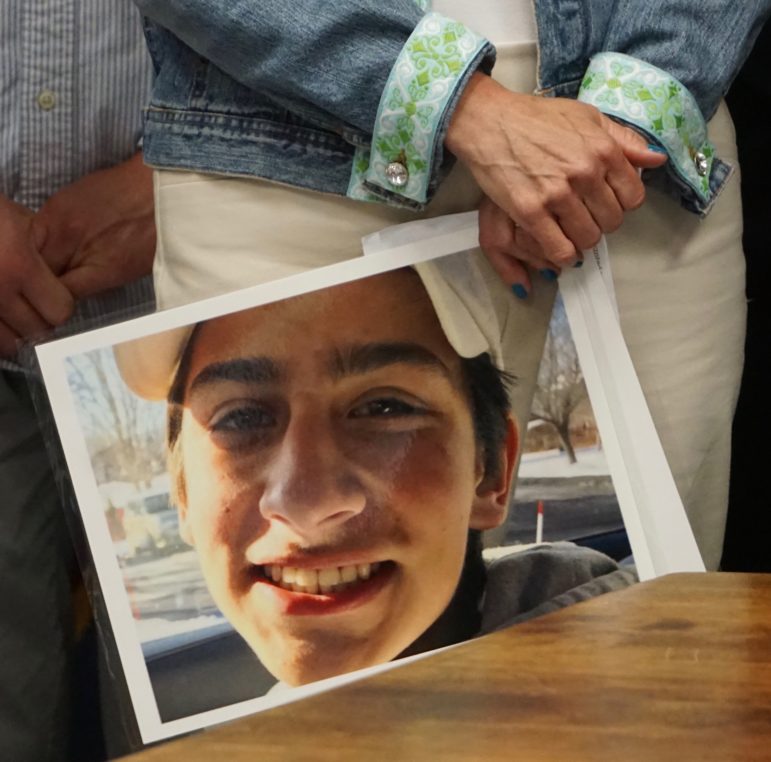 A federal version of Ethan’s Law, a bipartisan gun-storage safety measure that easily passed in Connecticut two years ago, could offer an early test of how gun legislation might fare in the new Congress.

Michael and Kristin Song of Guilford, whose 15-year-old son’s accidental shooting death was the impetus for the Connecticut law, and all seven members of the state’s congressional delegation joined in a video conference Wednesday to renew their campaign for a federal version.

Ethan’s Law made a relatively modest change in state firearms laws, which already had required loaded guns to be safely locked if available to a minor child. It extended the provision to unloaded weapons and expanded the definition of a minor from 16 to 18.

Kristen Song characterized the bill as a child safety measure, not gun control. She likened it to federal consumer safety laws requiring seat belts and car seats — a comparison that might ease passage, while blunting its value as a test of more controversial gun measures.

“We’ve never viewed it as a Second Amendment [issue]. We’ve never tried to get into the mix of all the gun legislation,” she said. “We viewed it simply as a life saving legislation for children, period.”

With Democrats controlling the Senate calendar for the first time in six years, advocates of universal background checks for the purchase of firearms say they will get a floor vote on that issue.

A compromise bill that included background checks attracted 55 votes in the Senate after the Sandy Hook School massacre in 2012 — a majority in the Senate, but short of the 60 votes necessary to avoid a filibuster. 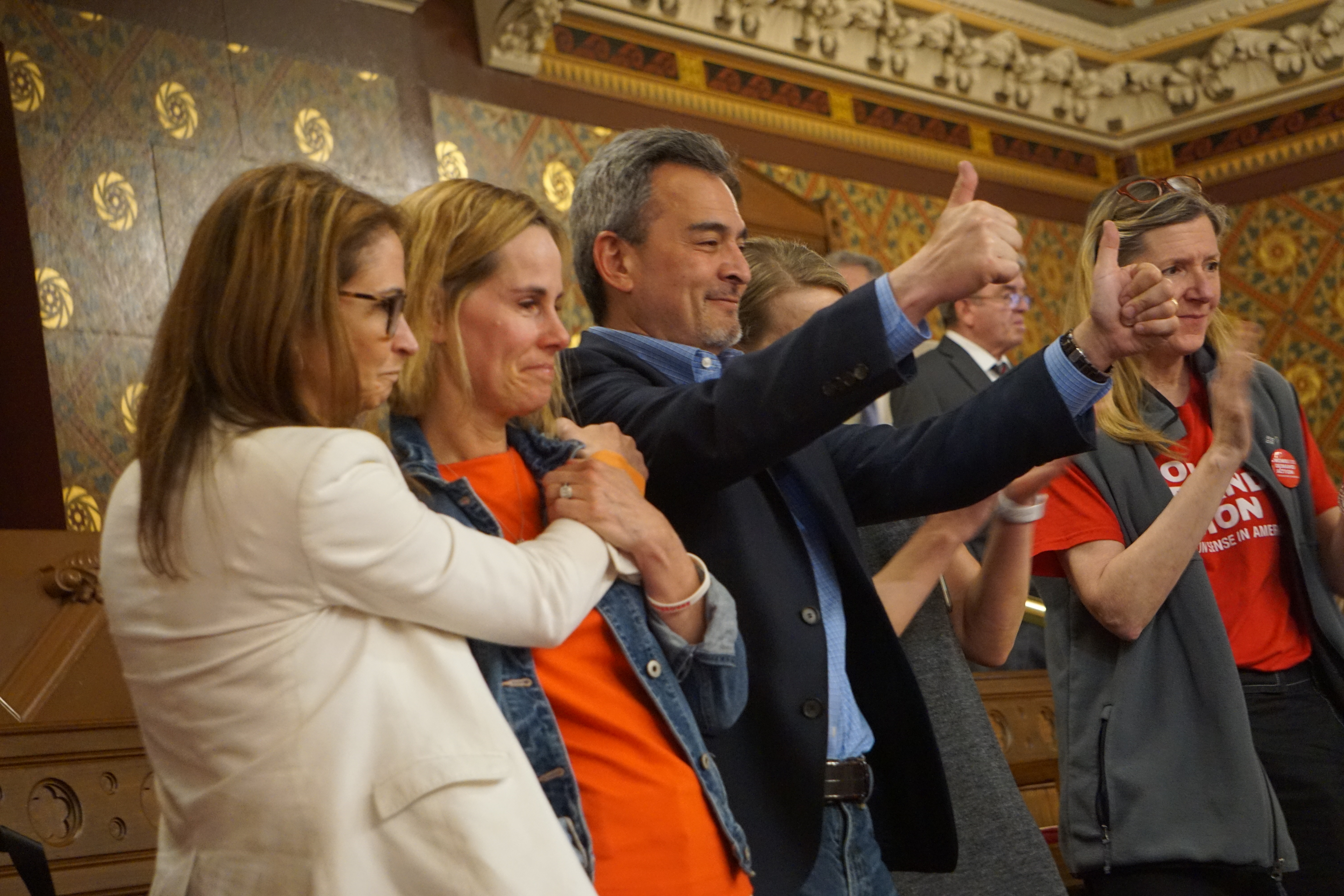 Ethan Song’s parents, Kristin and Michael, gesture to state lawmakers in 2019 after the passage of the bill they sought in their son’s memory.

The Senate is now evenly divided, with Democrats controlling the calendar due to the election of Vice President Kamala Harris as the chamber’s tie-breaking presiding officer.

“Right now, obviously, the focus is on the COVID relief bill,” Sen. Chris Murphy said. “But my hope is that in both chambers we’ll be taking up the issue of gun violence early in 2021, but we’ll be introducing the universal background checks bill very, very shortly.”

Ethan Song accidentally shot himself on Jan. 31, 2018, playing with a .357 Magnum he and a friend knew was kept in a bedroom closet. The pistol was one of three owned by the friend’s father, a private investigator.

The firearms were stored in a cardboard box inside a Tupperware container. The guns had trigger locks, but the keys and ammunition were in the same box. A prosecutor found no evidence the gun was loaded, a necessary element to charge criminal negligence.

Ethan’s Law passed 127-16 in the House and 34-2 in the Senate, lopsided margins celebrated by gun-control advocates in Connecticut.

“There’s a reason why we are moving first on this bill as part of an overall strategy, which is that it should be as non controversial as it was in the Connecticut General Assembly,” Sen. Richard Blumenthal said Wednesday. “And it should have strong bipartisan support, it implicates none of the kinds of controversy that may be raised with respect to other bills.”

Murphy has argued that the politics of gun control have shifted in the past eight years, pointing to polls showing that background checks have broad support even among gun owners, while measures banning types of firearms remain controversial.

Sen. Mitch McConnell, R-Ky., kept gun bills from floor debates while he was the majority leader.

“We face a new day here when it comes to gun violence prevention. And this measure is the first of a series of common sense steps. But it has powerful justification on its own,” Blumenthal said.

In strong terms than Murphy uses, Blumenthal insisted that the NRA, which is facing deep legal and financial issues, is a shadow of its former self.

“To put it very simply, the grip of the gun lobby on Congress has been broken,” Blumenthal said.

A gun industry trade group based in Connecticut, the National Shooting Sports Foundation, had no immediate comment, saying it had not seen legislative language.