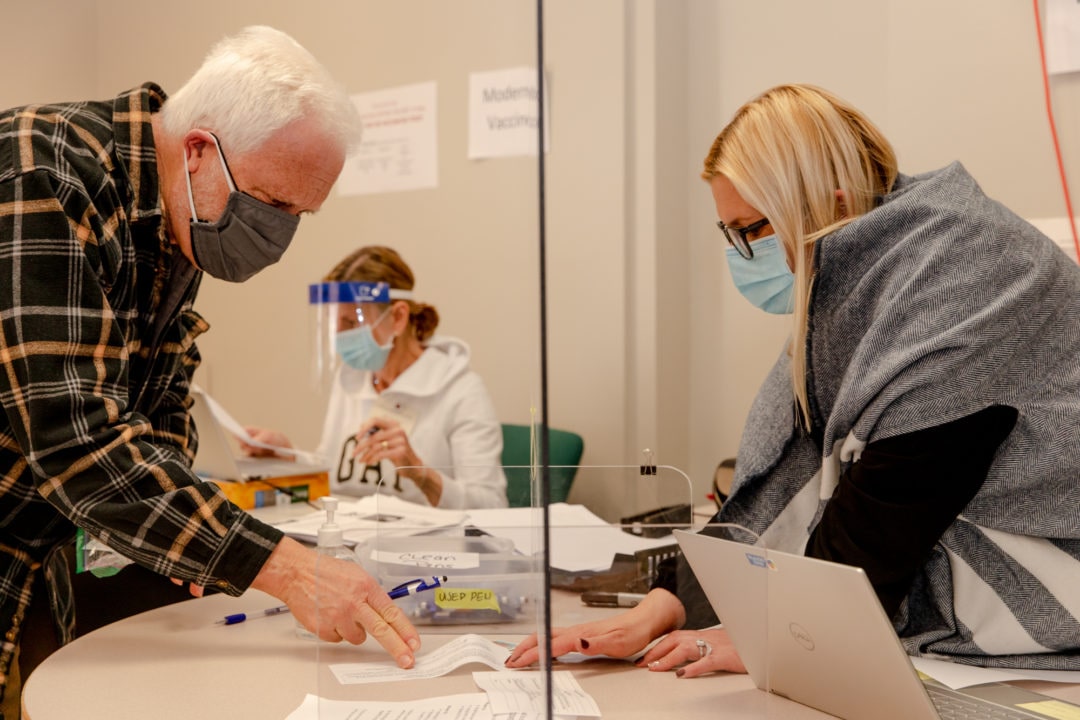 The state is expanding its telephone vaccine appointment system to seven days a week and adding another 125 people to answer them in anticipation of the next wave of residents eligible for the COVID vaccine.

In a press release Friday, the state Department of Public Health announced that the phones will be open from 8 a.m. to 8 p.m. starting Monday. With the additional staff, they can book up to 10,000 appointments per week at 12 locations.

The phone number to call for vaccination scheduling is 877-918-2224. DPH is partnering with the United Way of Connecticut, which operates the Vaccine Appointment Assist Line.

The new sites for appointments are spread out across the state, from Stafford Springs to Stamford. They include sites in Middletown, Bristol and Kent, and three in New Haven. The state is using some of the recent federal funding for vaccine administration to cover the costs.

Connecticut is still in the early stages of category 1B and is currently vaccinating first responders and residents who are over 75 years old. But Gov. Ned Lamont said that will expand likely in the next two weeks to include people in the 65-74 age bracket.

Not too far down the line will be the rest of category 1B, which includes teachers, grocery store workers and other frontline workers. The state has estimated there are as many 1 million in that group.

“Expanding the number of operators, hours each day, and moving to seven days a week shows how seriously we are taking this effort,” acting DPH Commissioner Dr. Deidre Gifford said. “As supplies of vaccine doses increase, we will be prepared to expand vaccinations at a rapid pace.”

Gifford has said the state currently has the capacity to vaccinate at least 150,000 people a week but has been able to do only about a third of that. The state has been getting roughly 50,000 doses of vaccine a week, although that has recently started to increase.

While the state is in the top five nationally in terms of percentage of doses administered, there were many complaints about the original phone system to schedule appointments.

Since many of the people 75 and older aren’t computer savvy, and the 2-1-1 phone line for appointments quickly got overwhelmed. People complained about waiting days to get calls back and that the only place they could schedule a vaccine was Rentschler Field in East Hartford no matter where they lived.

Residents have reported a litany of other issues, including a call-back function that sometimes takes days to call back, if it calls back at all.

And while the phone service offers multilingual support, the main portal for booking appointments online – the Vaccine Management Administration System (VAMS) – only offers forms and instructions in English. That means non-English speakers are being directed to the already busy phone system.

The best place to access information on vaccine priority scheduling is via ct.gov/covidvaccine.com.