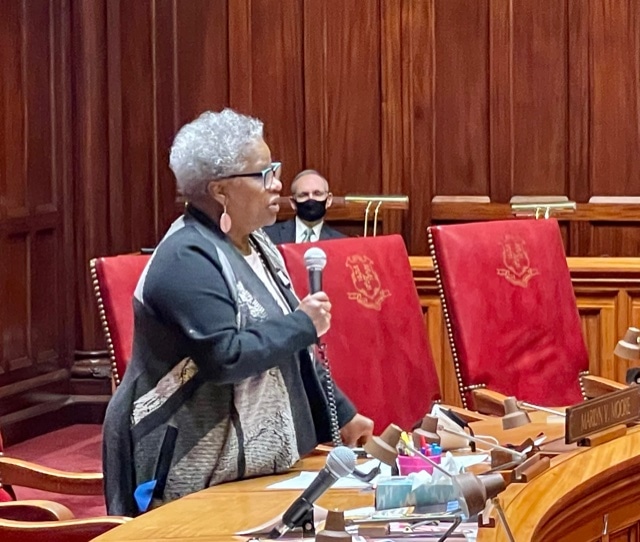 With a unanimous vote Monday by the state Senate, Connecticut became the latest state to adopt legislation that would prohibit discrimination on the basis of hairstyles historically associated with race.

Gov. Ned Lamont is expected to sign the Crown Act, an acronym for “Creating a Respectful and Open World for Natural hair,” a version of a law first passed by California in 2019 and quickly followed by other states and the U.S. House of Representatives

Sen. Marilyn Moore, D-Bridgeport, a Black woman who archly noted that her gray and curly hair are natural in all ways, said the legislation is about a history of oppression and forced assimilation, not fashion.

“Call it for what it is,” Moore said.

The bill expands civil rights protections by expanding, or least clarifying, the definition of race in state law by saying it is “inclusive of ethnic traits historically associated with race, including, but not limited to, hair texture and protective hairstyles.”

The legislation says a protective hairstyle “includes, but is not limited to, wigs, headwraps and hairstyles such as individual braids, cornrows, locs, twists, Bantu knots, afros and afro puffs.”

There is a history of using how Black women protect and care for their hair to define them and discriminate against them, said Sen. Gary Winfield, D-New Haven, who is Black and the father of twins, a boy and a girl.

“Is this really serious?” Winfield said, repeating a question he hears raised when people discuss the bill. “It is serious.”

Winfield said he looks at his young daughter and her natural hair, thinking that one day it might define her in the eyes of a teacher or an employer.

“It’s not just what sits on the top of her head. It’s who she is,” Winfield said.

Sen. Douglas McCrory, D-Hartford, an educator, talked about how the “doll test” conducted by Kenneth Clark, a psychologist who researched how children of all races are influenced by external cues of race. 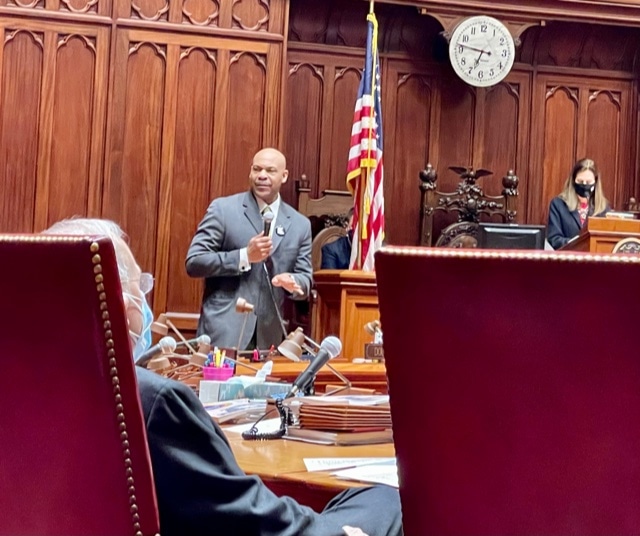 He said the doll test does not get markedly different results in recent years than in the 1950s, when Clark was an expert witness in the landmark school desegregation case, Brown v. Board of Education.

Sen. Julie Kushner, D-Danbury, the co-chair of the Labor and Public Employees Committee, where the bill originated, said the measure was bipartisan. Even though labor is a committee where left and right clash, it cleared the committee by a unanimous vote.

Moore said a legislative staffer recently relayed a call from a 19-year-old woman who was told by her employer to hide her braids under a hat. The woman replied she could not figure out how to make them fit.

“Well,” Moore said, “we’re going to figure it for her when we pass this.”