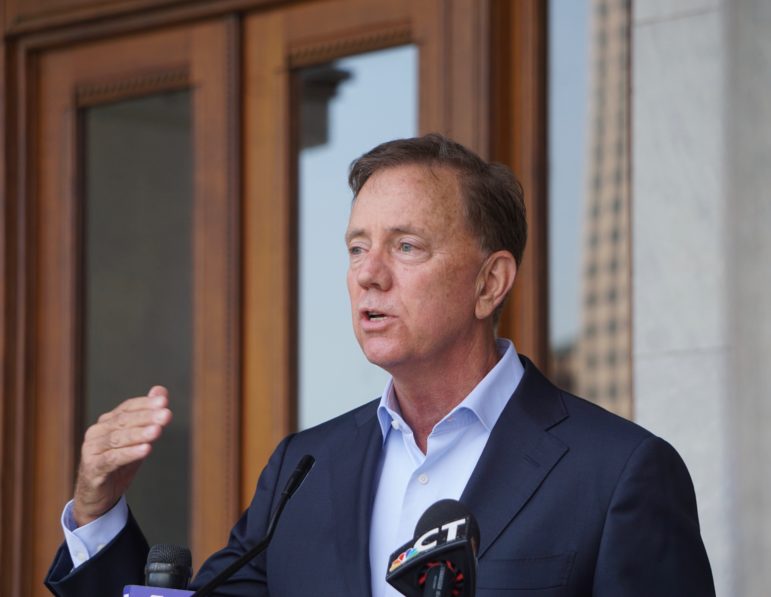 Whenever Connecticut has a hard time balancing its budget, it — ironically — turns to those who have a hard time paying their taxes.

This is another one of those years. Gov. Ned Lamont’s latest biennial budget proposal calls for Connecticut to offer its seventh tax amnesty program since 1990.

Connecticut already is tied with Louisiana and Massachusetts for easing penalties on tax delinquents most frequently over the past three decades, according to the Federation of Tax Administrators, a coalition of states’ top tax offices.

If lawmakers embrace the governor’s proposal, Connecticut would stand alone at the top.

But while Lamont’s fellow Democrats have been quiet about the latest amnesty pitch, which waives penalties and caps interest at 3% over each of the next two fiscal years, Republican lawmakers are asking questions.

“There’s this tendency to look for the money under the sofa cushions” when times get tough, said Rep. Holly Cheeseman of East Lyme, ranking House Republican on the Finance, Revenue and Bonding Committee. But, she added, “are we actually getting the tax dollars in return?”

Cheeseman is referring to Lamont administration projections that if penalties are eased on tax delinquents, Connecticut will collect an extra $40 million next fiscal year and an extra $36 million in 2022-23.

This is a half-century cultural problem.”— Ken Girardin, director of policy and research for the Yankee Institute

Given that history, “could an accountant advise his client: ‘Why don’t you just hold off’ paying your overdue taxes?” asked Sen. Henri Martin of Bristol, ranking Senate Republican on the finance panel. “That could well happen.”

Both Martin and Cheeseman said they would like to see more data from the administration as well as an analysis of past programs. The key question, they added, is whether these programs are primarily helping those in real need or are being abused.

“We’re the land of broken promises and picking winners and losers,” Cheeseman added. “You pick the cliché and you’ve got it, and this may be a very good example of that.”

Mark Boughton, who became Lamont’s commissioner of the Department of Revenue Services just a few months ago, said he understands legislators’ concerns about the relative frequency of the amnesty programs.

But Boughton also said the current administration intends to use this program to ensure greater tax fairness in the long run.

The department estimates that only 60% of people who owe income taxes to the state actually pay their full liability each year. Many underpay and others don’t file at all. Boughton said he did not know how much money owed to the state goes uncollected each year.

“Once we get people’s data and get them into the system” through the amnesty program, Boughton added, “we won’t lose them again.”

In other words, the amnesty program could be an effective tool to build the overall base of compliant taxpayers.

Right now, tax increases effectively only affect those who actually pay taxes, Boughton said. The bigger the pool of taxpayers, the greater the ability to lighten the load on everyone.

“We want to encourage people to be a stakeholder in the system,” he said.

But an official with the Yankee Institute for Public Policy, a conservative fiscal think-tank, said the best thing state officials can do to increase the number of taxpayers is to get a better handle on Connecticut’s spending and tax policies.

“This is a half-century cultural problem,” said Ken Girardin, director of policy and research for the Hartford-based institute.

Connecticut began taxing capital gains, dividends and interest in the early 1970s to complement its sales tax and graduated to a full-blown income tax in 1991.

Surging pension and other debt costs continue to drive annual spending growth while leeching resources away from other programs.

A few months after taking office in 2019, Lamont and the legislature signed a more modest package of tax increases that eliminated a series of tax tax exemptions, placed a surcharge on restaurant food and other prepared meals and added a 10-cent fee on plastic bags.

The governor’s most recent proposal largely steers clear of increases but does recommend canceling about $170 million per year in previously approved tax cuts.

But Boughton added that the administration is doing more than proposing an amnesty program to encourage more people to pay their taxes — the Department of Revenue Services is in the midst of overhauling its analytics division.

The goal, Boughton said, is to use enhanced technology, additional staff and an effective outreach program to inform non-payers of what they owe and to bolster tax receipts every year by $40 million by 2023.

“There is money out there, but how do you get to it?” he said. “We don’t want to be heavy-handed in this, but I think we can be a lot smarter about this.”