Legislator, opposing segregation, claims Asians ‘have never been discriminated against’ 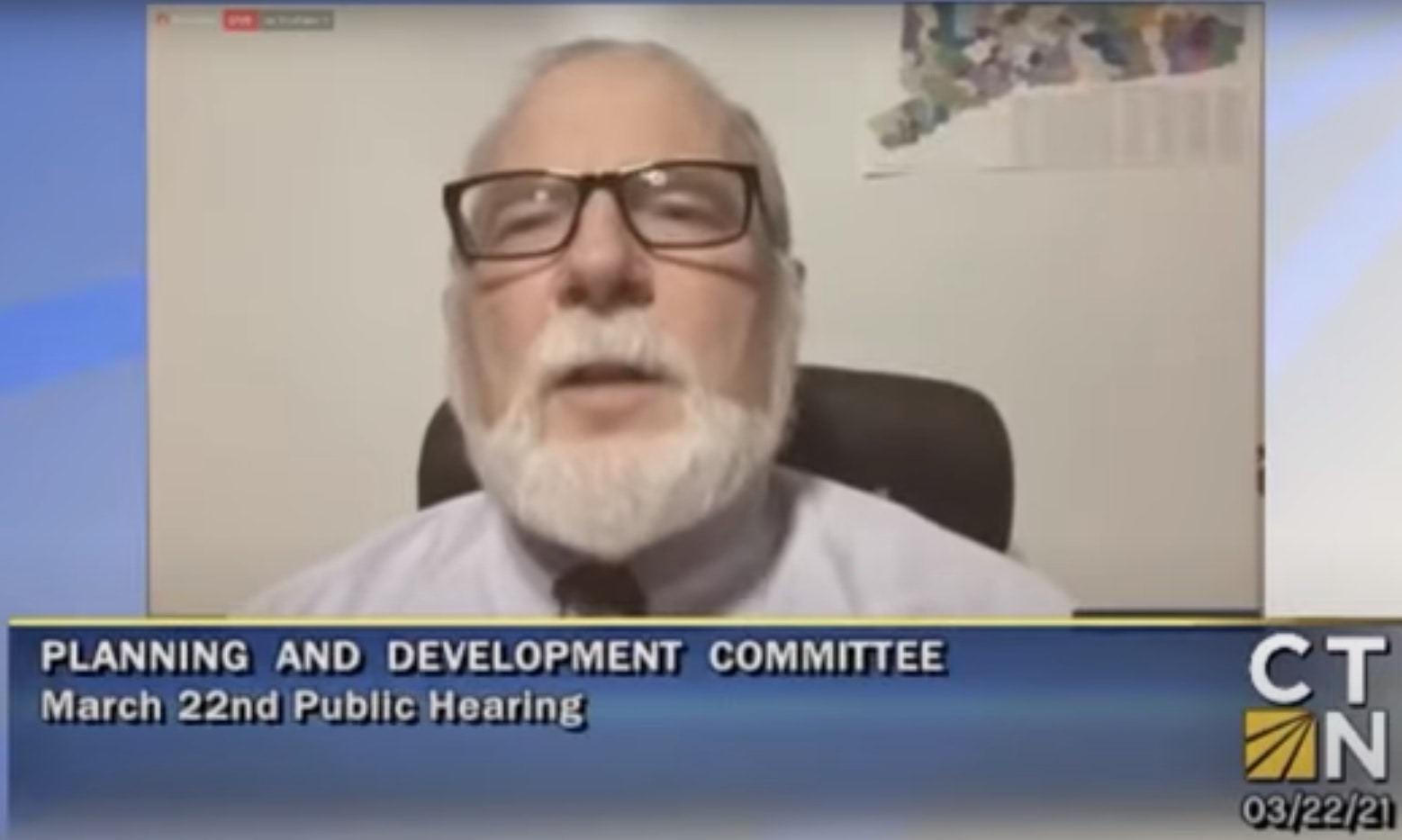 A liberal Democratic state lawmaker apologized Tuesday for dismissing the diversity of Greenwich and minimizing the discrimination faced by Asians.

ln a virtual hearing Monday night that touched on the role of systemic racism in suburban zoning, Rep. Mike Winkler, D-Vernon, ignored recent attacks on Asians and the history of racism directed at Asians in the United States.

Winkler was questioning the chairman of the Greenwich Housing Authority during a hearing on one of the year’s most contentious issues: Whether the legislature should limit the ability of municipalities to restrict affordable housing through zoning.

He asked Sam Romeo, the chairman, how Greenwich, one of the wealthiest communities in the United States, ended up with a Black population of just 3.7%.

“Yes,” Winkler said, “you count Asians and other minorities that have never been discriminated against.” 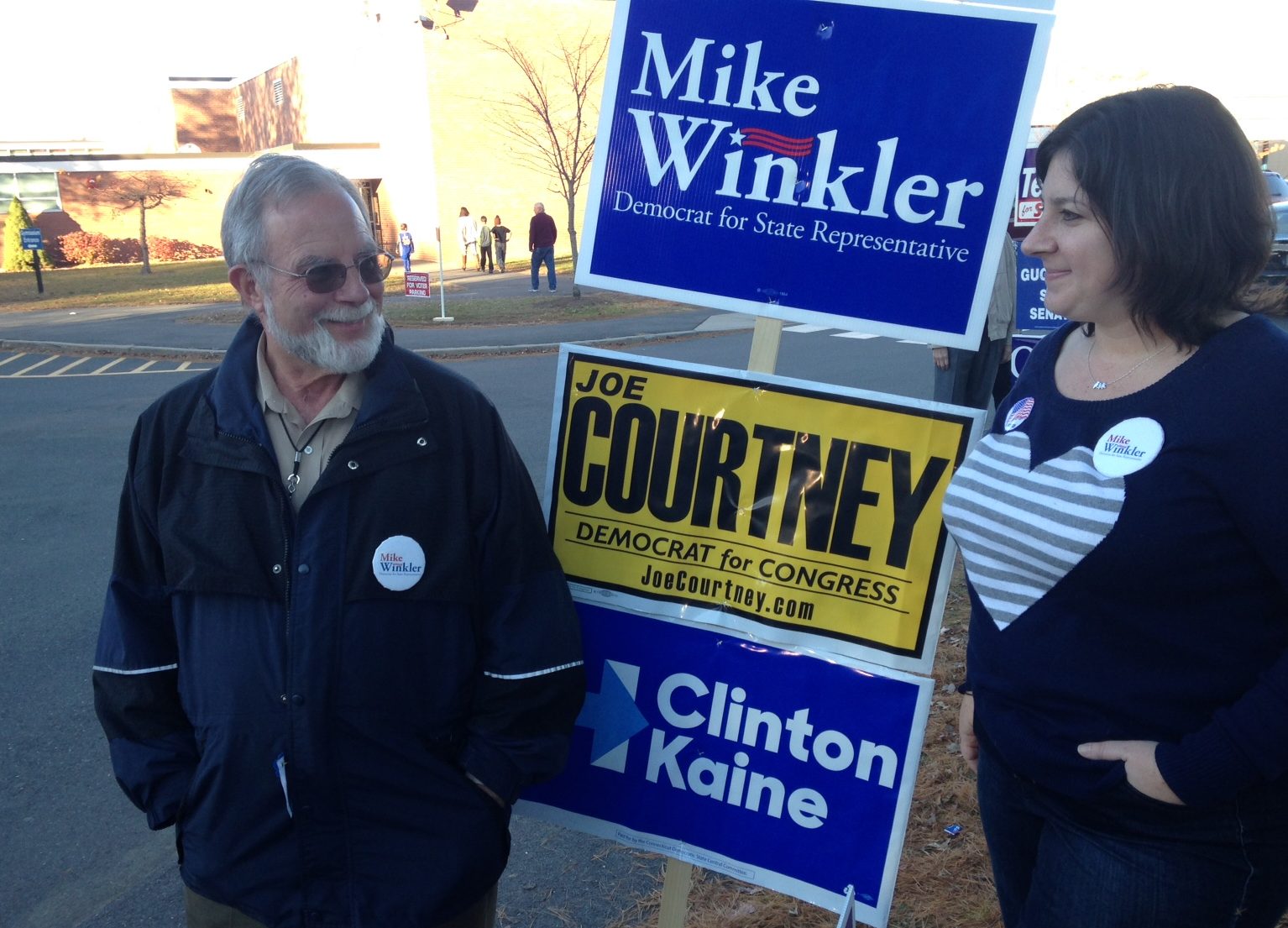 Mike Winkler on election day in 2016.

As Winkler would acknowledge Tuesday, that statement was astonishingly ignorant of current events, as well as dark chapters of U.S. history, including the Chinese Exclusion Act of 1882 and the internment of Japanese-Americans during World War II.

“My comments are inexcusable, especially with the recent rise in violence against Asian-Americans,” Winkler said in a statement. “There is a long, painful history of Asian-Americans experiencing racism in this country, and I sincerely regret that I ignored that history and those experiences in my comments.”

The written apology made Tuesday came after a curt statement of regret during the hearing — after he was publicly challenged by Sen. Tony Hwang, R-Fairfield, and privately admonished by at least one leader, House Speaker Matt Ritter, D-Hartford.

Ritter said Tuesday that Winkler has more to do.

“My hope is he will have conversations with members of the Asian community in Vernon and beyond,” Ritter said.

On Tuesday, there was anger and suggestions that lawmakers other than Winkler had been gifted a teachable moment, even if there was no ready consensus on precisely what lessons to draw. 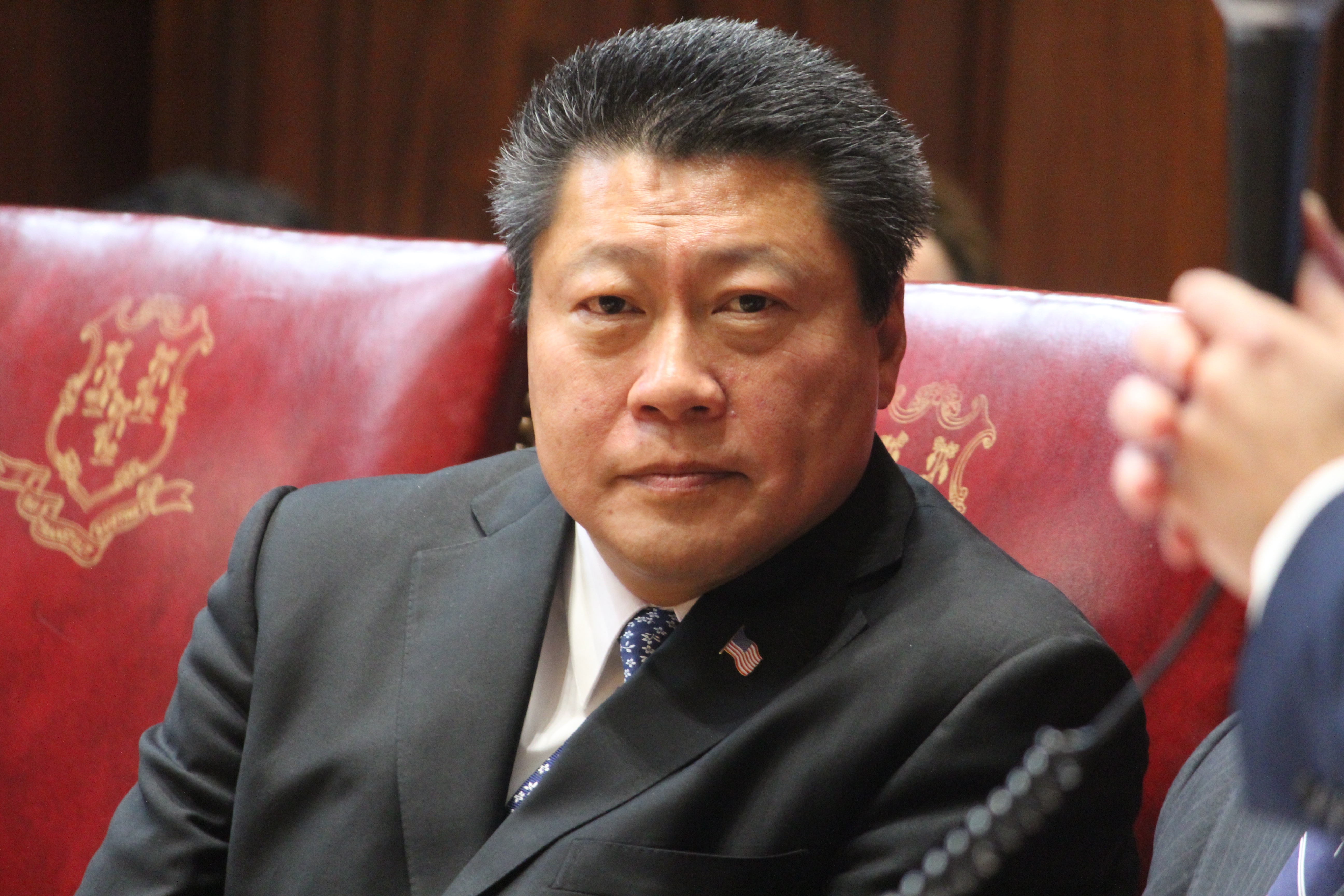 Hwang said he saw Winkler as engaging in a lazy racist trope about Asians as a “model minority,” assimilated and successful in academia and business.

“The ‘model minority’ concept, what does that conjure?” Hwang said. “The same bias that lead Mr. Winkler to say, ‘You’re not discriminated against, because you succeeded.’”

Attorney General William Tong, a Democrat who served with Winkler in the House and who is the first Asian to hold statewide office in Connecticut, said the history of bias and hate against Asian Americans is “long and largely invisible.”

“The myth of the so-called ‘model-minority’ is a dangerous fiction that for too long has allowed this country to erase and ignore this shameful history,” Tong said. “I invite Representative Winkler to seize this moment as a teaching opportunity, to educate himself by speaking to his Asian-American neighbors and colleagues, and to commit to joining me and others in fighting discrimination in all forms.”

House Majority Leader Jason Rojas, D-East Hartford, cast Winkler’s comments as another pointed reminder of the frustrations and missteps that can come with dialogues about race and discrimination.

“This year, the legislature is working on a number of bills to address the legacy that racism and discrimination has had on our communities, and over the past year there has been a particular emphasis on our Black and Latino communities,” said Rojas, the first person of color in House leadership.

“As a country, we have long struggled with how to engage in constructive dialogue on matters of race,” Rojas said. “Every one of us brings our own lived experiences and perspectives to that conversation. It is important we use these as opportunities for reconciliation, rather than look to inflame an already difficult time.”

There has been little dialogue, constructive or otherwise. Instead, the bills Rojas referenced have produced a growing tension between progressives who see systemic racism as a factor in housing segregation and suburban Republicans who deny its existence.

“Laws that were racist have been eradicated in our country,” Rep. Kimberly Fiorello, R-Greenwich, said at the hearing Monday night. “We have multiple layers of legislation to make it so that your natural rights based on your race, sex, color, et cetera, cannot be violated. That racism does exist in the hearts of people, absolutely for sure.”

Winkler’s comments were evidence of that, she said.

At a hearing last week, Fiorello was one of the suburban legislators who resisted the notion that housing policies are shutting out Black and Latino residents from their towns.

The venue for Winkler’s comment was the same as Elicker’s: the legislature’s Planning and Development Committee, an often sleepy panel that has become a battleground over the role of race, income inequality and restrictive zoning in housing segregation.

House Minority Leader Vincent J. Candelora, R-North Branford, drew attention to Winkler’s comments with a press release, accompanied by a link to a video of the hearing.

“I’m disappointed in not just the comments made by Representative Winkler but also his failure to immediately acknowledge the impact of his appalling attempt to minimize the historical discrimination and bias against Asian Americans in our country,” Candelora said.

Rep. Cristin McCarthy Vahey, D-Fairfield, who was conducting the hearing as the co-chair of the committee Monday night, seemed startled by Winkler’s assertion that Asians had never been discriminated against.

‘There have been a number of minority groups who have faced discrimination over time and, procedurally, I think in light of what happened in Atlanta last week, I just wanted to note that,” she said.

Fiorello, who is Asian, said, “OK, thank you Madam Chair for making that comment, so I won’t — I won’t go there.”

“I demand that he apologize and understand what he said was beyond inflammatory, beyond derogatory and beyond ignorant,” Hwang said.

Winkler’s initial response was to double down on his views that discrimination against Blacks was unique and pervasive, unlike what was faced by immigrant groups that struggled.

Before the hearing ended, Winkler asked to be recognized one last time.

“I wanted to apologize,” Winkler said. “Discrimination against Asian-Americans is very real. And I never meant to indicate otherwise. My apologies to all I’ve offended.”

Winkler has represented Vernon, an east-of-the-river suburb of Hartford, since 2017.

Both communities are 73% white.