The risks of getting a J&J shot: What you need to know 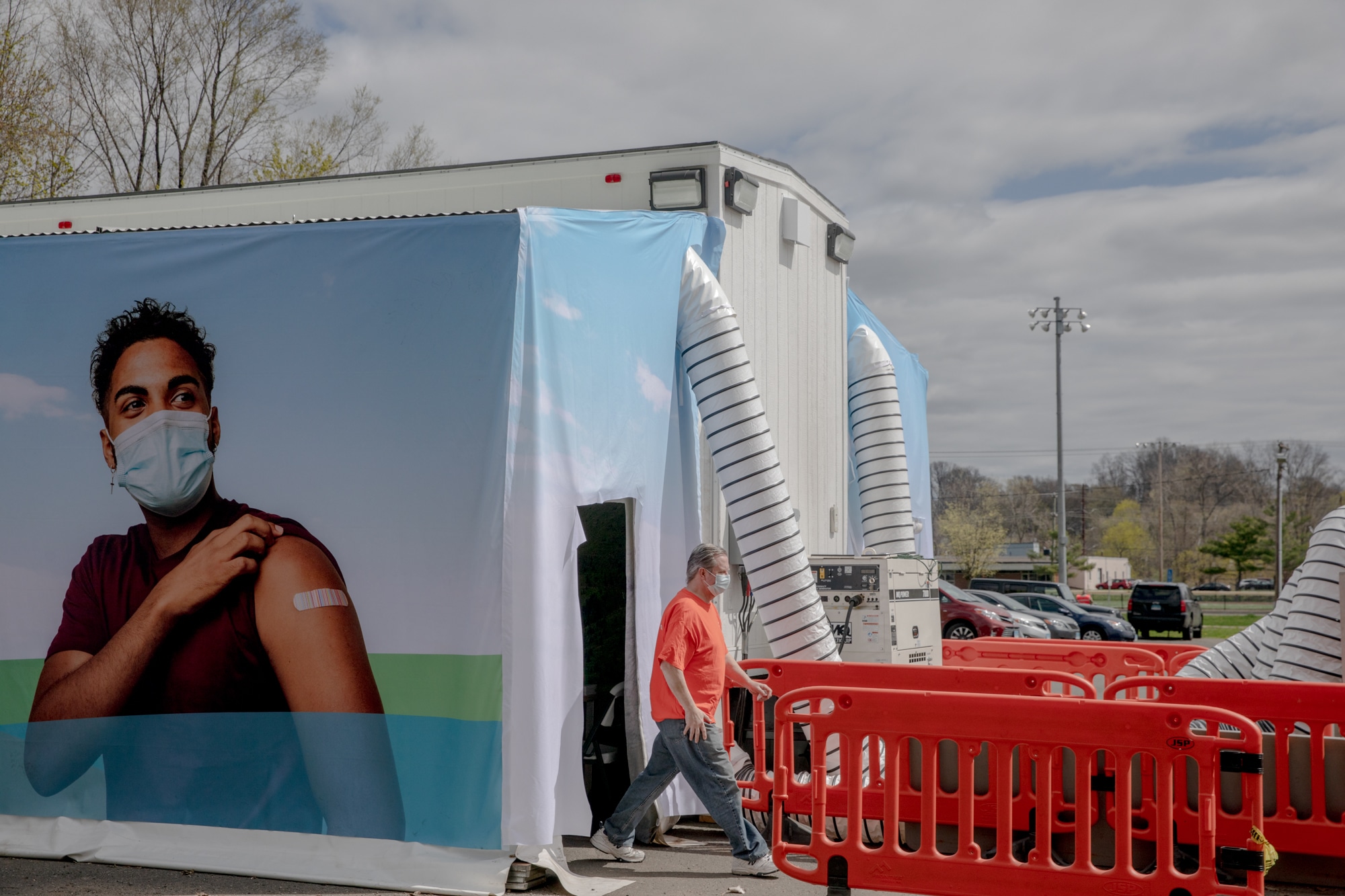 A visitor heads to the observation area at the FEMA Mobile Vaccination Unit in New Britain earlier this month. After federal health officials called for a pause of the use of Johnson & Johnson’s coronavirus vaccine, people at the site received Pfizer vaccine.

In weighing all their options on Friday, federal regulators made the decision to lift their suspension of the use of the one-shot Johnson & Johnson COVID-19 vaccine for a simple reason: It might just save your life.

That’s true even for women aged 18-49. So far, 13 of 15 reported cases of rare blood clotting and low platelets among J&J shot recipients have occurred among that demographic, and regulators believe that it is likely that the vaccine is associated with the condition. Three have died and seven have been hospitalized, with four in intensive care. The remaining five have been discharged.

Connecticut has resumed offering J&J to residents in addition to the Moderna and Pfizer/BioNTech vaccines that have been available to residents since the beginning of the year. With 136,000 J&J doses in reserve and a number of walk-up clinics opening in coming days, residents will have more ways to get the single-shot option.

But will they? Or will the “pause” have scared away people that could benefit from it the most?

“Oftentimes people kind of overread the relative risks,” said Josh Geballe, the state’s chief operating officer, at a press conference on Monday. “So there was a little bit of initial apprehension. I think it will take some time to see how that plays out.”

The Centers for Disease Control and Prevention and the Food and Drug Administration “have full confidence that this vaccine’s known and potential benefits outweigh its known and potential risks in individuals 18 years of age and older,” FDA Acting Commissioner Janet Woodcock said during a press conference Friday night. The agencies chose not to limit the use of the vaccine by age or gender but to add a warning label for young women.

What are the risks of getting the J&J vaccine?

Based on available data, the risk varies based on demographic characteristics. Reported cases have largely clustered by gender, although one man developed the condition in a Johnson & Johnson clinical trial. Among the 15 women, “the age ranged from 18 to 59, with a median age of 37,” said Rochelle Walensky, the director of the CDC during a press conference Friday night. These cases include the six that were initially reported; in addition, the CDC “broadened our case definition to make sure we were capturing all of the possible cases,” she said.

Part of the rationale behind the pause was also to help physicians understand how to treat the condition; the CDC specifically discouraged the use of heparin, a common blood thinner, when it put the pause into effect. “Of the additional cases that were reported to the CDC, none of them received heparin, likely improving their outcome and demonstrating that our systems worked,” Walensky said.

On Friday, the Advisory Committee on Immunization Practices discussed additional updates on the management of the condition, including recommending other anti-coagulants and cautioning against platelet infusion. Current guidance also recommends a course of treatment with immunoglobulins “that appears to reverse this process in, at least, a number of people who received it,” said Peter Marks, director of the Center for Biologics Evaluation and Research at the FDA, during a press conference Friday night.

What are the benefits of getting the J&J vaccine for you?

While the risk of complications may vary by age and gender, the Johnson & Johnson vaccine has shown to be effective at preventing illness across demographic groups, FDA data show. In the J&J trials, efficacy was measured in the relative reduction of the risk of contracting COVID-19 and was found to be 72%.

The efficacy rate is widely misunderstood to mean that people still have a 30% chance of contracting COVID after vaccination with J&J. This would only be true if infection rates were so high that everyone without protection was guaranteed to get sick with COVID-19, which isn’t the case. The true risk of contracting the virus after vaccination is much lower, depending on present rates of community transmission. Whatever the present risk of getting infected, it would reduce by 72% on average post-J&J vaccination.

But these rates don’t take into account the most serious outcome of contracting COVID-19: death. In the clinical trial, none of the J&J recipients died; 16 in the placebo group did.

The data also show that 28 days after vaccination, none of the J&J recipients required medical intervention, which was defined separately from severe COVID. Five people in the placebo group did, however.

What are the consequences for you of not getting vaccinated at all?

If vaccination carries risks, the decision not to get vaccinated carries greater risks.

The CDC’s Advisory Panel on Immunization Practices considered the chances of being hospitalized and dying of COVID against any risk posed by the vaccine and concluded that the vaccine was beneficial on balance for individuals of all demographics under consideration.

What are your other options?

Connecticut continues to receive the Moderna and Pfizer vaccines, both of which use different biotechnology — based on mRNA — than the J&J, which is an adenovirus vaccine. The CDC has not identified any cases of these rare blood clots and low platelet counts among recipients of either; 5.2 million doses have been administered in the United States so far, per the CDC. Five potential cases of the rare clotting were identified but without the low platelet count observed in the case of the J&J vaccine.

“Individuals with questions about which vaccine is right for them should discuss their options with a medical provider,” Woodcock said.

Why are the CDC and FDA making this your decision?

Unlike some European regulators in the case of another adenovirus vaccine, the CDC and FDA did not limit the use of the J&J but chose instead to add a warning label.

Modeling shows that limiting the Johnson & Johnson vaccine to individuals above 50 would have severely reduced the vaccine’s ability to prevent hospitalizations and deaths nationally in all transmission scenarios. Vaccination is as much about a community as it is about an individual; vaccines have been proven to be effective at reducing transmission of the disease in addition to conferring immunity upon their recipients. The estimates look at direct and indirect benefits of vaccination with J&J over a six-month period in the United States.

Population-level modeling aside, the CDC also wanted to be sensitive to the fact that “some people want a one-and-done. Some people will not have access to another vaccine in the near future, and I think that this risk trade-off is one that people have to individually measure for themselves,” Walensky said.

The public should take heart in the fact that the CDC was able to identify rare clots, act on the knowledge quickly and conduct “rational risk-benefit analysis, which was done in the open,” said Saad Omer, director of the Yale Institute for Global Health. “This should be reassuring to people.”

Advocates say some developmentally disabled people have struggled to get vaccinated. A federal grant is paying to address the problem.

Connecticut hospitals are requiring staff to get vaccinated against COVID. Will other health providers follow?

The effort comes as the highly contagious Delta variant gains a stronger foothold in Connecticut and elsewhere.