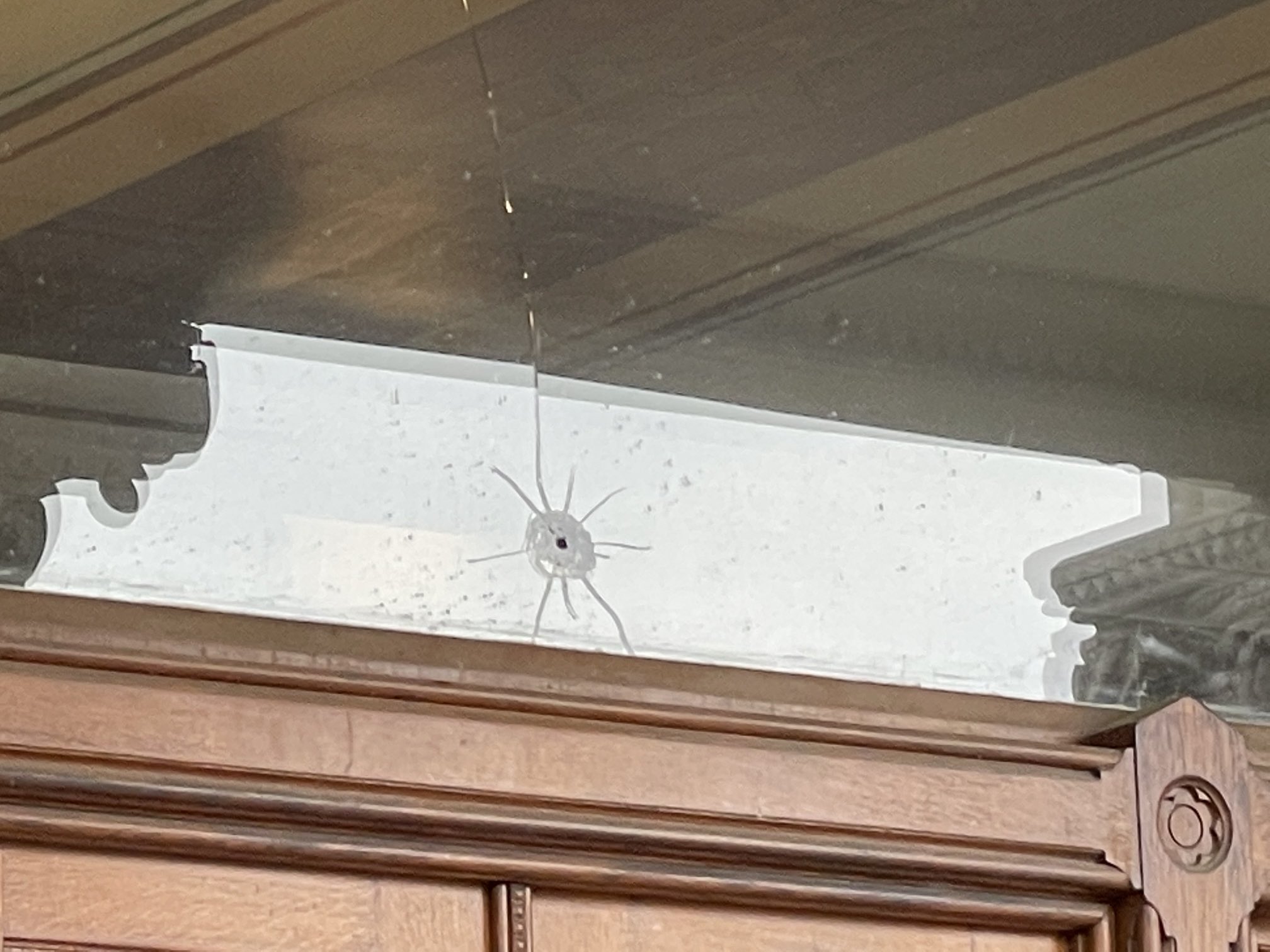 Damage from one of three gunshots that hit the state Capitol in Hartford. This window is in the entry foyer on the south side of the building.

State legislators returned to the state Capitol on Tuesday to learn that the Hartford landmark had been damaged by gunfire, most likely early Monday or Tuesday when the building was unoccupied, officials said. Damage appeared to be caused by two or three rounds.

Two bullet holes in windows and one in a hanging exterior lamp, all on the south side of the building facing Capitol Avenue and the Supreme Court, were discovered Tuesday morning as legislators and Capitol employees returned after the holiday weekend for the resumption of the 2021 session.

A law enforcement source said the city’s ShotSpotter system detected a gunshot in the vicinity in the early morning hours of Monday, but police officials declined further comment.

One bullet may have passed through the lamp and a window high above the entry foyer and immediately below the House chamber. Another passed through a window adjacent to a door. Police did not say if any bullets were recovered.

State troopers were examining and photographing the damage when Gov. Ned Lamont arrived for an outdoor press conference announcing the appointment of members to newly formed Connecticut Hate Crimes Advisory Council. He was briefed outside the building by the Capitol police and state police.

“I think it’s random acts, and we’re gonna get to the bottom of it,” Lamont said. “They didn’t shoot at something that we know of at this point.” 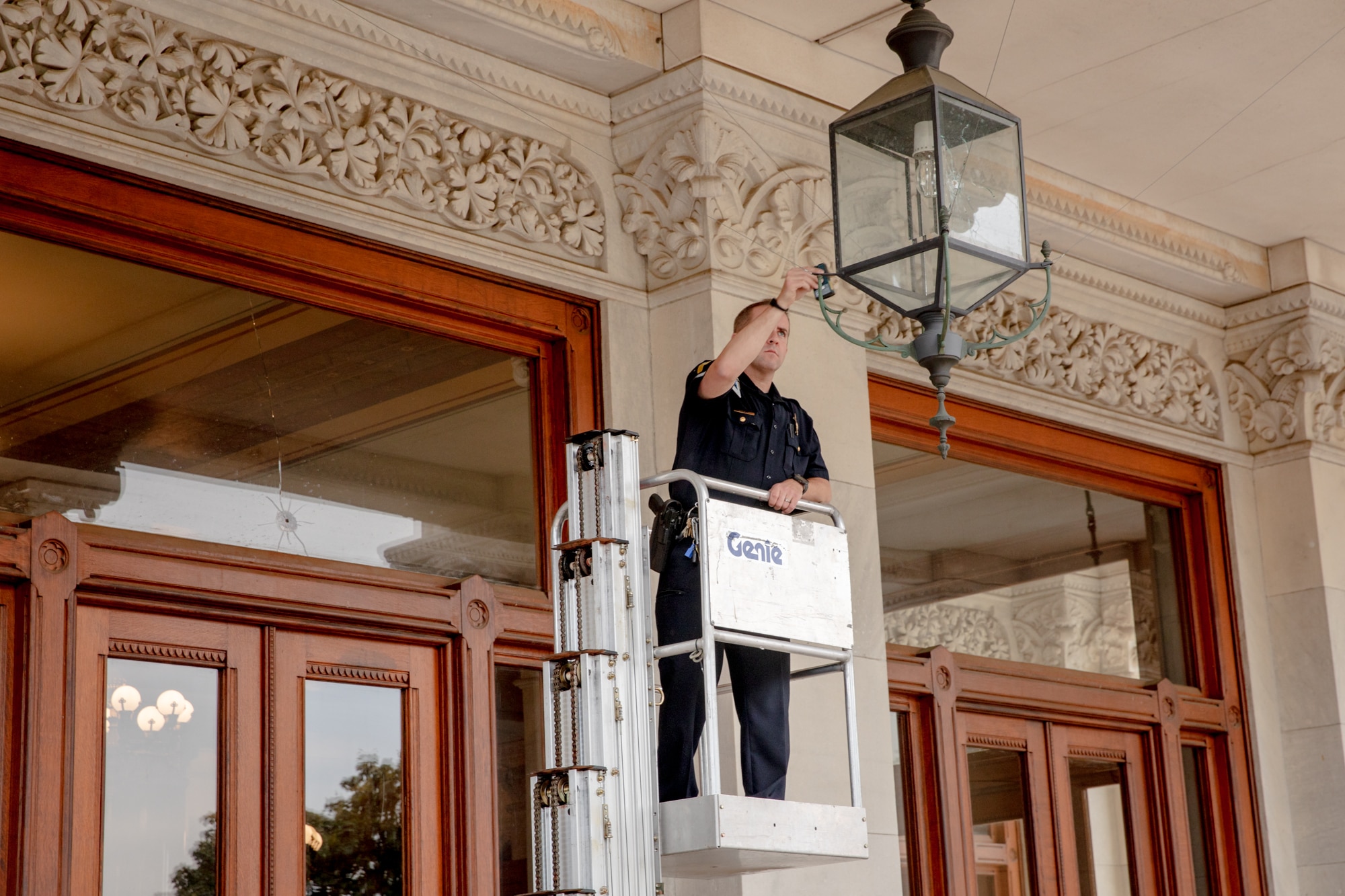 Police investigate the area where three bullet holes were found.

Capitol police take the lead on crimes committed on Capitol grounds. State police were assisting, and Hartford police were involved since the shots could have been fired from the street.

A trooper climbed a tall step ladder to examine a light fixture inside the Capitol. When he finished, a member of the building maintenance staff swept up small shards of glass.

Outside, a Capitol officer with an M-4 rifle stood watch.

The Capitol has been closed to the public since March of last year due to the COVID-19 pandemic. 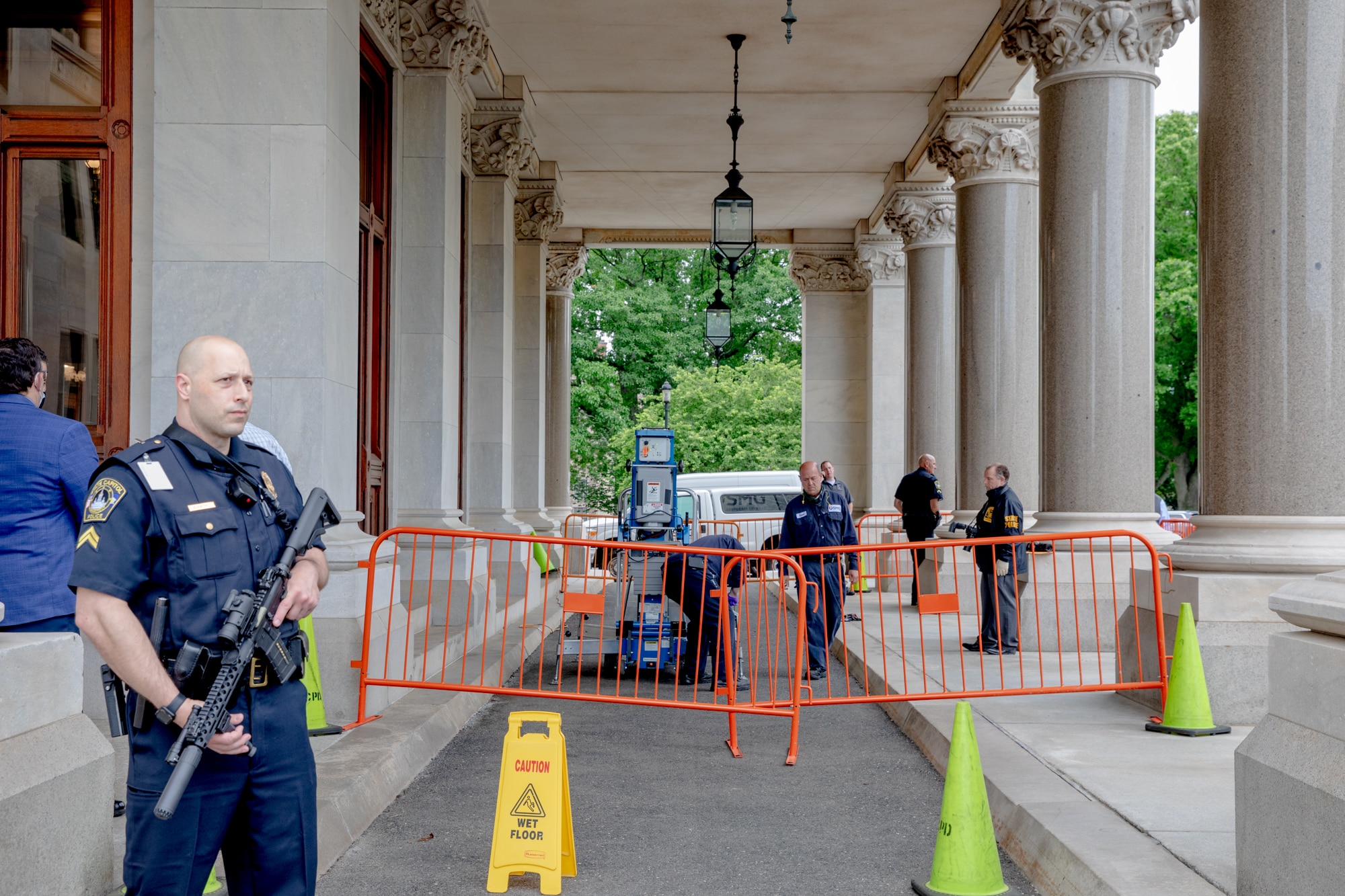 Police officers investigate and guard the area where three bullet holes were found.

Check back for updates.

The House Select Subcommittee on the Coronavirus Crisis probe seeks answers from Kabbage and BlueVine.

State Police on Wednesday connected the shots fired at the state Capitol to a shooting spree in Southington.

Judge raises question of whether school mask lawsuit should proceed