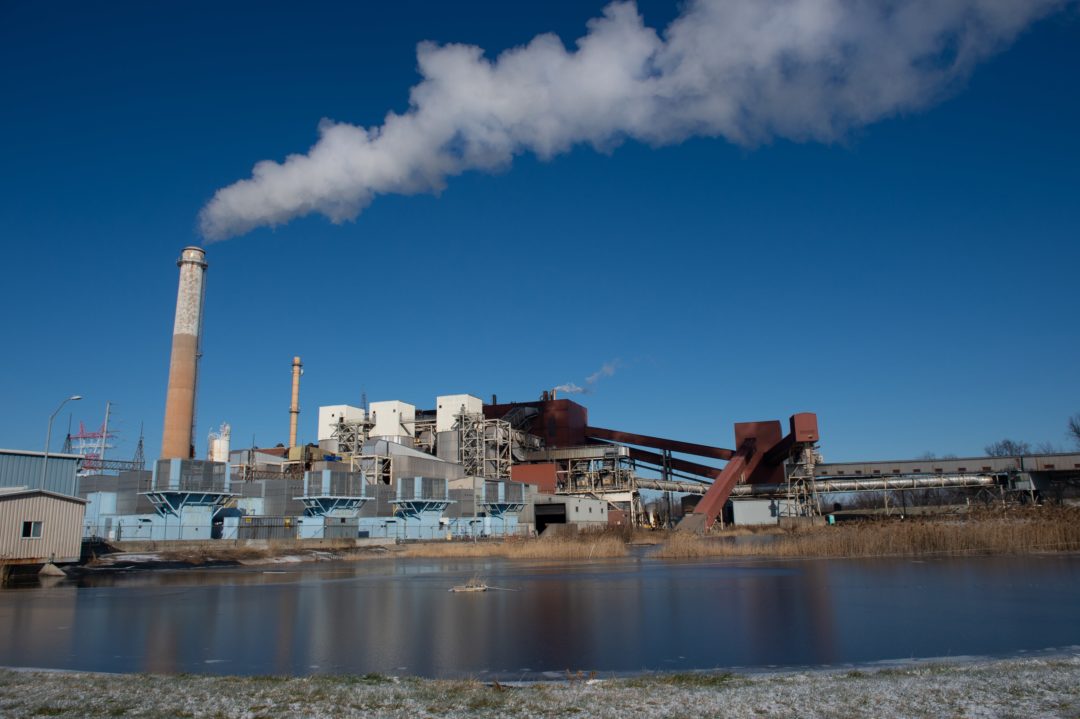 In less than a year, an incinerator in Hartford that takes in roughly half a million tons of garbage annually is scheduled to close. But as the shutdown grows closer, there’s less and less agreement about where all that trash will go.

Right now, the Materials Innovation and Recycling Authority (MIRA) handles about one-third of Connecticut’s municipal waste. But the waste-to-energy plant has been plagued with mechanical problems and has faced declining receipts for the power it produces.

So MIRA announced in December the time had come for it to close the incinerators at its South Meadows facility in Hartford by July of next year. Initially, Tom Kirk, MIRA’s president and CEO, told Connecticut Public Radio the closure meant all that trash would no longer come into the city.

“It’s clear now that we don’t expect to be able to turn the South Meadows facility into a transfer station,” Kirk said in March. “We’ll be redirecting the garbage to other disposal sites, to be determined.”

“The garbage won’t be coming into Hartford,” Kirk said.

But now, Kirk is backing off that assertion.

That new position was formally outlined in a letter to the state Department of Energy and Environmental Protection in late May.

In it, MIRA argues it has the permitted authority to transform the South Meadows site from an incinerator into a transfer station — basically a spot where trucks dump garbage and then reload that waste onto other trucks, which take it elsewhere for disposal.

“We believe the permit as written plainly gives us the authority to top-load trucks,” Kirk said, “and transfer out of that facility.”

But in an eight-page letter dated July 8, the DEEP disagrees, saying MIRA must either apply to the agency for a modification of its existing permit or get an entirely new permit if it wants “to switch its operations to function solely as a transfer station.”

Katie Dykes, commissioner of the state DEEP, said Thursday her agency’s position is not new.

“Frankly, it was a year ago that we sent a letter to MIRA and clearly stated that a new permit would be required,” Dykes said. “We didn’t see any action taken by MIRA at that time to pursue a new permit for a transfer operation. The timeline is ultimately in their hands.”

In the latest letter, DEEP Deputy Commissioner Betsey Wingfield told MIRA that any submission to the agency for a permit modification would need to consider such factors as traffic flow and impact, the maximum amount of garbage to be sorted, stored and transferred, and odor mitigation and management, among other considerations.

It also said MIRA needs to communicate directly with Hartford and other member towns.

“DEEP strongly believes that a successful implementation of MIRA’s transition depends on the clear, consistent, and proactive communication and cooperation among MIRA, MIRA municipalities and Hartford, the host community,” Wingfield wrote.

Dykes said it’s important that converting a waste-to-energy site to a transfer station goes through an updated permitting process that is open to public input from the community.

“Some of the odors associated with the management of the municipal solid waste at the South Meadows site are mitigated by the operation of the resource recovery facility and its ventilation,” Dykes said. “If that facility were no longer operating, some of those odor issues might not be mitigated.”

On Thursday, Kirk said his agency was reviewing DEEP’s most recent letter. He said that modifying MIRA’s existing permit “may be feasible,” although it is unclear exactly what degree of public input that would entail and whether such action could be accomplished before the plant’s scheduled closing in July 2022.

“If that could happen, that essentially solves the problem,” Kirk said. “We get to utilize the transfer capability we think we have, and they would be able to insist on a permit modification.”

Earlier in the week, Kirk said he’s optimistic the future of Connecticut’s trash will become better crystalized in the coming months. He said the agency is soliciting proposals from the private sector for transportation and disposal of garbage from MIRA’s dozens of member towns.

Kirk said MIRA has asked applicants to describe both how they would handle the waste with and without an operational transfer station at the South Meadows facility. He said applications should be received and evaluated by about October.

But ultimately, if a transfer station in Hartford is not possible, Kirk said he’s not sure what’s next.

“I’m a little more concerned about whether or not the capability exists in the state of Connecticut to handle [the] export of half a million tons [of garbage] a year,” Kirk said. “Does the private sector have the capability to do that?”

“If they do not, I’m not sure what we’re going to do,” Kirk said. “I guess one option is continuing to run the plant.”

“It’s nothing we’re planning on. Absolutely not. We’re not planning on operating past June,” Kirk said. “We just don’t know. There’s half a million tons that have to be dealt with. We’re hoping the private sector can step up and find a way to get it out of state.”

“But if not,” he said, “the plant will be sitting there.”