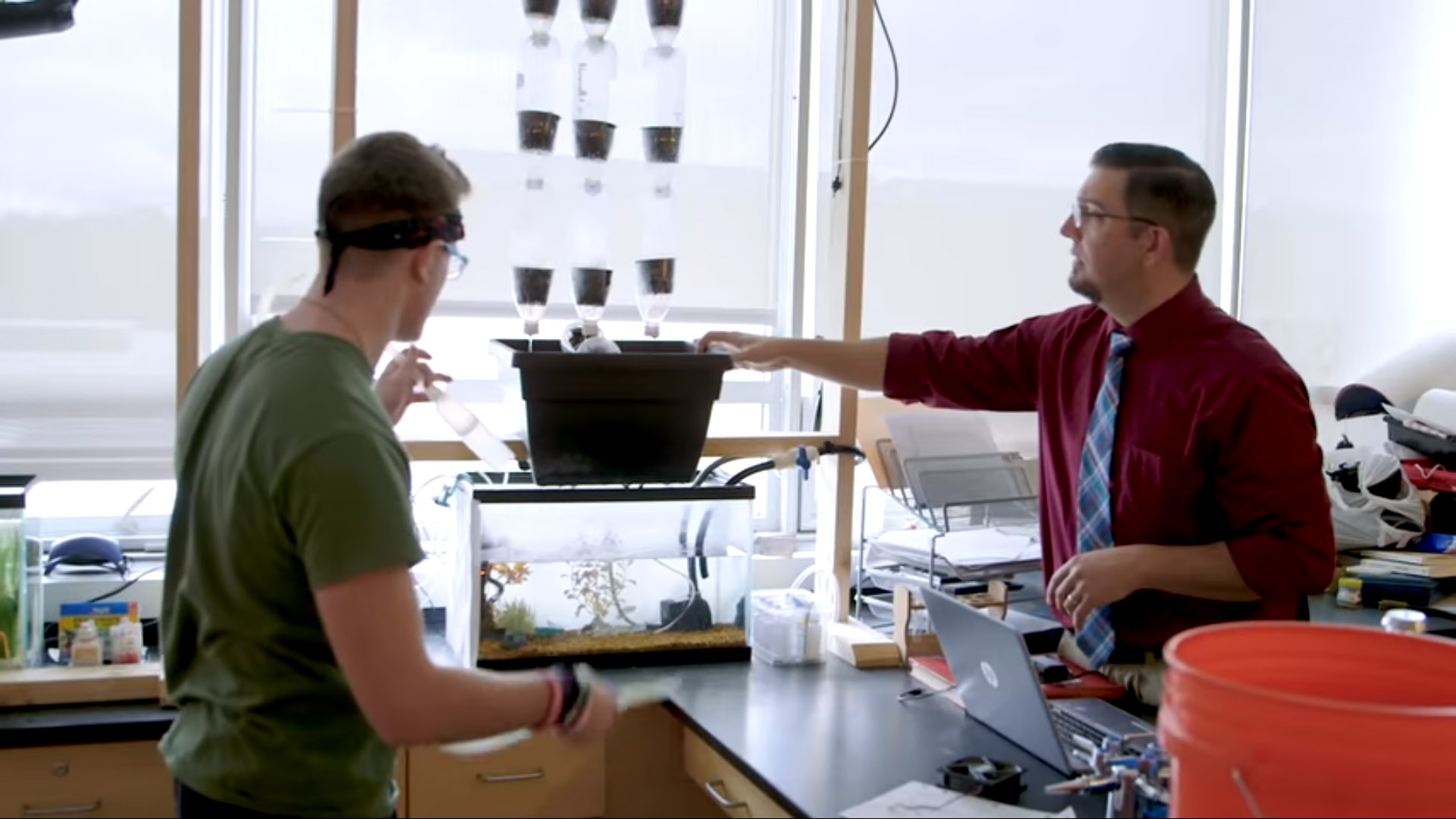 Cody Maresh, a chemistry teacher at Platt High School in Meriden, works with a student on an experiment in 2019. Meriden is one of the towns in the RISE network, many of which showed improvements in keeping students on-track during the pandemic.

At the start of the last school year, only about 53% of the 60 fully remote students Daemond Benjamin worked with at Hartford Public High School were on track to move forward with their education.

By the end of the third quarter, that percentage increased to 77%, and by the end of the year, he said over 85% were on track. Benjamin, an On-Track Coordinator for Hartford Public High School, credits that in part to coordinators like him shifting the focus of the home visits they were doing prior to the pandemic: Instead of just checking in on students with over eight absences about why they weren’t showing up to class, they started checking in more on their social-emotional well-being as well.

In February, the Connecticut RISE Network — a philanthropic effort started years ago by billionaire Barbara Dalio to help students graduate from high school and progress to college or a career — issued a report that showed that about a third of high school students attending schools in the network weren’t on track to make it to the next grade during the fall. But in a follow-up report released Monday, RISE reports that improvements were made at those schools throughout the spring.

They credit it to a range of efforts made by people like Benjamin to make sure students are progressing as they should.

“The wellness checks did help, first and foremost, to build a relationship, a positive relationship, with the students and their families and help them understand that we’re here with the same shared belief that every student … should have the opportunity to thrive in any educational setting,” Benjamin said, adding that there were also barriers these students faced when it came to engaging in school, like having connectivity problems, that he would also help them with.

“Being an on-track coordinator and not being a teacher, and my role being very fluid and very flexible, it allowed me to make these visits at the drop of a dime,” he said. “They knew who to call, and if they called me, I was able to go to a house and troubleshoot some Wi-Fi issues or some issue that a student would have with their laptop and get them back into class immediately. So that definitely helped.”

February’s report revealed that 33% of the students they tracked during the first half of the school year were not on track to progress to the next grade, compared to 15% the previous year. They also reported that among the students attending school entirely online, 46% failed at least two courses compared to 26% of those attending class partially in-person and from home.

But knowing the full effect of how much education was lost this last school year is yet to be determined. The report notes that drawing conclusions now would be premature and that more time is going to be needed to “assess the damage in the wake of the pandemic.” 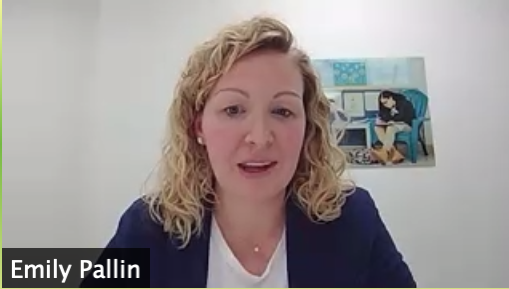 Emily Pallin, the executive director of RISE, explained that they will continue motoring data they’ve collected this past year and will have a better understanding of the year-end outcomes later this summer.

“We totally recognize that stakeholders across the state, rightly, are really eager to understand the full effects of the pandemic on student outcomes,” Pallin said. “We also want to understand the data from this past year so that we can think about improvements and ways to best support our students moving forward, but the data from this past year do remain pretty fluid.”

Monday’s report spotlights the nine districts in Connecticut serving 13,000 students in the 10 high schools they partner with, looking at examples of how they engaged students who were failing and not showing up the first half of the school year.

The schools included in the analysis are in East Hartford, Hartford, Manchester, Middletown, Norwalk, Naugatuck, Stamford and Meriden.

At Maloney and Platt High Schools in Meriden, for example, ninth-grade educators at both schools provided extra time on Saturdays to help students make up the work they missed and raise their grades before the quarter ended, a program that expanded to students in grades 10-12 as well.

The report states that 71% of the 55 students from both of the Meriden high schools who attended Saturday sessions this spring went from being off-track to on-track in the second quarter.

Naugatuck High School’s effort to re-engage students and adapt to their needs brought students who were failing a significant number of courses after the first semester into a “reset program.”

All the students in this program, which is aimed at struggling ninth-grade students, were brought back for full-time, in-person instruction, and on-track coordinators at the school provided mentoring and support to them through morning meetings. According to the report, 72% of the students in the program “improved their on-track status” and went from earning 0-3 credits to 4-5 credits by the third quarter.

“One of the things that worked well was accessing students in a variety of different ways and looking at grading differently with this group. Allowing a little bit of freedom in how they presented their learning went a long way,” Naugatuck High School Assistant Principal Brian Mariano said in the report. “By being flexible, talking to students, and being empathetic, we were able to get the students in a much better situation than they were before going into next year.”

Nichelle Woodson, deputy director of freshman success at RISE, said many educators in the network are focused on innovations in summer programming, aimed at helping the students form a solid foundation for the fall, even if they fell behind last year.

“[Teachers] were so excited by the opportunities that they were afforded this year to be able to think creatively on how to engage students,” Woodson said. “They know that some of the opportunities may not look the same going into next year, but they’re thinking about, ‘How do we iterate on that so that we continue to engage our students in a new way of educating?'”

She added that while the academic content is important, educators recognized last year that they couldn’t get to that part if they did not build relationships with their students.

“That is what they’re trying to do with their porch visits, to set their students up and just get a pulse on how are the students dealing with re-entering school, and that’s the same thing that the teachers want to do,” Woodson said. “I’m really diving into you as a student, as a whole person. How are you doing? What is your social-emotional health? How do I build this relationship with you? Then we can move into our academics, into our content.”