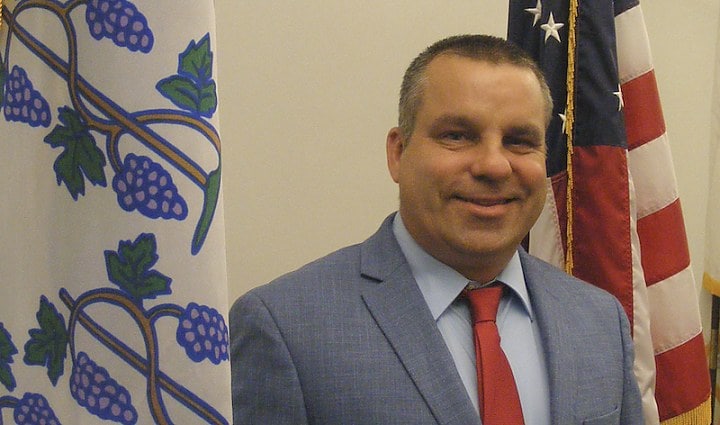 John Carlson, who assumed the party’s chairmanship last year, llast week accepted a last-minute nomination at a GOP convention to run for the city’s highest office in an aim to break almost 60 years of Democratic control. The party also chose three alder candidates and one candidate for Board of Education.

Carlson portrayed his candidacy as part of his recent push to revive the party’s fortunes in New Haven. The GOP last fielded a mayoral candidate in 2007 with H. Richter Elser, who lost in every part of town to incumbent Democrat John DeStefano. Carlson has drawn praise for his grassroots and online campaigning strategies over the last year; he will face the winner of the Sept. 14 Democratic primary as well as any potential petitioning candidates in the November general election.

In addition, Republicans tapped Jim O’Connell to challenge incumbent Democrat Ed Joyner for the Board of Education’s District 1 seat; and Anthony Acri to challenge incumbent Democrat Michael Smart for the position of city/ town clerk. Democrats currently hold all citywide offices (except the position of Republican registrar of voters, which by law is held by a Republican) as well as all 30 Board of Alders seats.

Fiscal responsibility is the top concern for many of the candidates.

Getting the word out.

A lifelong City Point resident and longtime public school teacher in Bridgeport, Carlson became the GOP chair 16 months ago with a history of community work in the neighborhood. He has focused his term so far on expanding door-knocking efforts and increasing visibility for the city’s Republicans, who he says often register with other parties due to lack of choice. By pushing forward more aldermanic candidates, and vying for mayor himself, Carlson said he hopes to once again offer that choice.

He has also moved to modernize his party over the last year, noting that the party didn’t have a Facebook page when he became active five years ago. Now the party has accounts on both Facebook and the conservative platform Gab.

During his speech to the convention, Carlson raised three main points of concern. Fiscal responsibility, he said, is especially important because federal dollars coming in this year won’t be permanent. He criticized both of incumbent Mayor Justin Elicker’s proposed budgets this year, saying that sustaining current spending will push the city further off a cliff of fiscal crisis.

A rise in violent crime during the pandemic and discussions over police funding are also urgent issues, he said.

Lastly, Carlson said that poor test scores in New Haven Public Schools are a sign of Democratic irresponsibility. Even though New Haven spends more per child than the state average, he noted, only one in three children are reading at grade level, and only one in five reach math proficiency. This amounts to a crisis that must be solved with a different set of voices at the table, he argued.

The ultimate issue inspiring his campaign, he said, is choice. In his view, one-party rule breeds cronyism, ineptness, and corruption, and having a legitimate two-party system would bring integrity and honesty back to local politics. Thousands of Republicans across the city see no electoral options, he said, often pushing them to vote in Democratic primaries instead. Consistently running candidates would change that.

“This is a huge moment for the party,’ he said. “When I ran last year to be chair, I promised that we would grow and that we would be in the spotlight.”

When asked about the difficulty of running as a Republican candidate in a city that broke 84-15 percent for President Joe Biden last year, Carlson stressed that “all politics are local.”

“The average New Havener can love or hate Donald Trump. But Donald Trump isn’t the problem in this city. Seventy years of Democratic rule are the problem. We can’t blame the federal government for our problems in New Haven.”

This story was originally published July 22, 2021, by the New Haven Independent.