COVID test positivity rate up to 4.25%; No word yet on booster shots 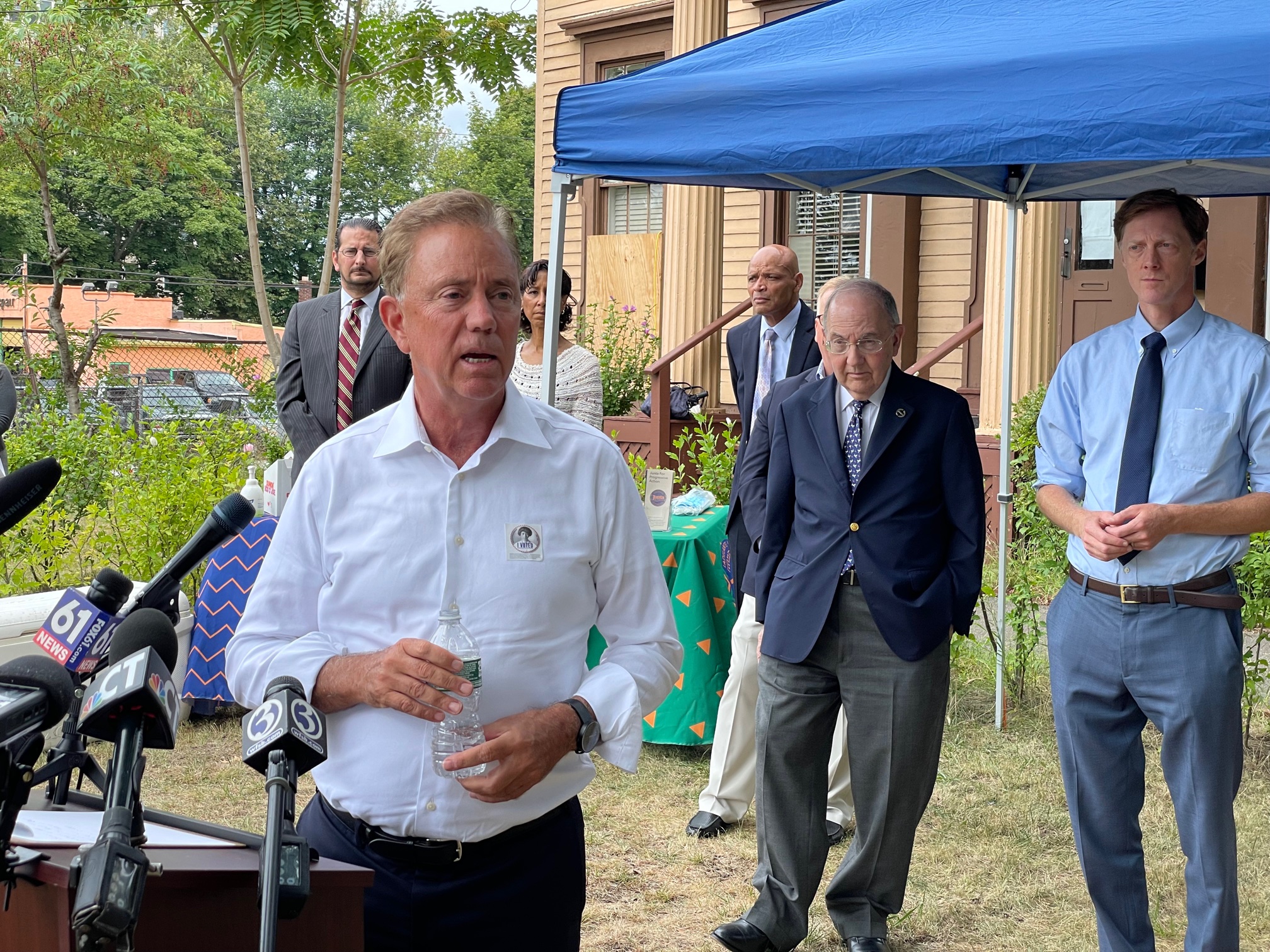 Gov. Ned Lamont says masks are almost certain to be required in schools.

With infections increasing, Gov. Ned Lamont said Tuesday he will continue a requirement that K-12 students wear masks in school to combat the spread of COVID-19 to a population that includes many children still ineligible for vaccinations.

“At this point, I don’t see that changing,” Lamont said at a morning event in New Haven. Hours later, he made it official, saying he wants no “ambiguity.”

Vaccines are available and recommended for children 12 and older, but none of the three authorized for use in the U.S. have been cleared for younger children. Pfizer appears closest, saying it may seek approval next month for use of its vaccine in children ages 5 to 11.

More than 80% of adults in Connecticut are fully vaccinated, but the rate is significantly lower for adolescents: 63% for those ages 16-18 and 46% for those 12-15, according to numbers released Tuesday by the Department of Public Health.

The Biden administration reportedly has decided it will recommend booster shots for adults vaccinated more than eight months ago, but Lamont said there is no protocol yet for how the boosters will be prioritized in Connecticut.

“Right now, I think the CDC is saying ‘If you’re immunocompromised, go and say so, and you can get that extra shot,’” Lamont said. “We’re trying to make that process a little cleaner without intruding on anybody’s privacy. Give us a week on that.”

Connecticut first provided the vaccines for nursing home residents and health-care workers, then based on age cohorts, beginning with people 75 and older, dropping the age requirement in 10-year increments during each phase of the rollout.

The governor spoke to reporters after an event publicizing the expansion of the earned income tax credit, which could benefit 220,000 adults and children. He then left for an event in New Britain to promote vaccinations for high school athletes.

Aside from protection against the virus, vaccinations offer another benefit: Unvaccinated persons, when exposed to COVID-19, are urged to quarantine for 14 days. The vaccinated are not.

It wasn’t until May 10 that the Food and Drug Administration extended its emergency use authorization for the Pfizer-BioNTech vaccine for children 12 to 15.

On Aug. 6, the Lamont administration ordered that workers at nursing homes, residential care homes, assisted living facilities and other long-term care facilities be vaccinated by Sept. 7, or their workplaces would face a $20,000 penalty per day.

The governor said he is not ready to issue a broader mandate for masks, as some municipal leaders and private businesses have done.

Unlike states where governors have blocked municipalities from more stringent rules, Lamont has welcomed communities and private companies setting mask rules based on local conditions and concerns.

This story has been updated. A previous version of this story incorrectly stated that today’s positivity rate had increased to 4.75%. State data that show 881 new cases today include 181 cases from before August 1 that were added to today’s tally.