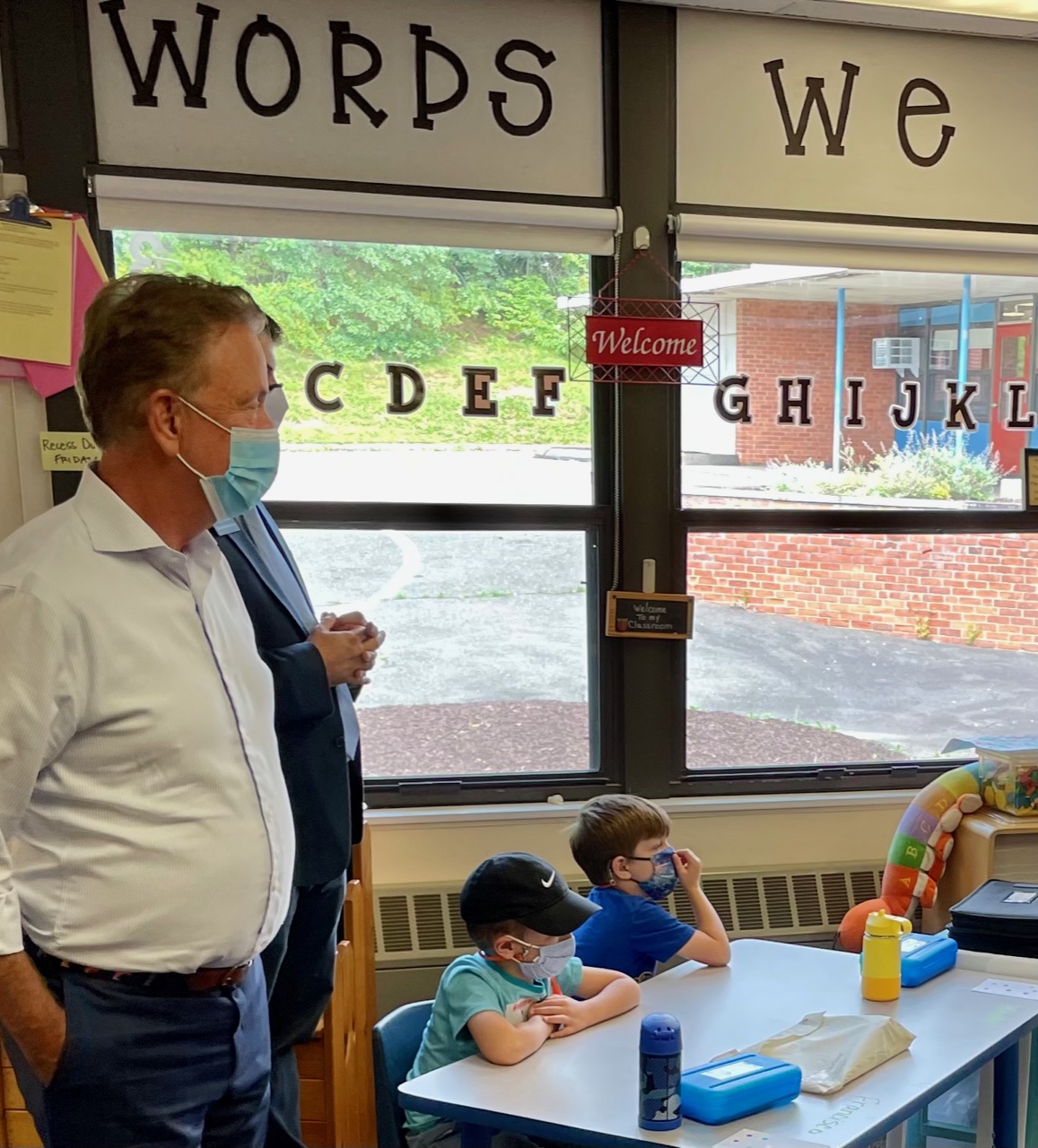 A week after being accosted at a school by anti-mask protesters, Gov. Ned Lamont made an uneventful visit Monday to an elementary school in a district where the school superintendent says masks are not an issue.

“I would say Newington is off to a fantastic start. We have 100% cooperation with masks,” said Maureen Brummett, the superintendent. “And now we’re working on the immunization protocols, which I fully support.”

The governor has ordered a continuation of last year’s order mandating the wearing of masks at K-12 schools as a precaution against COVID-19, as well as a new requirement that teachers and staff be vaccinated or tested weekly.

“There’s nothing more important than getting our kids back to school safely,” Lamont said.

Brummett said the message apparently has been accepted in this suburban Hartford district.

“I held a forum last week and over 200 parents attended. It was a virtual forum and no one was protesting the mask mandate,” she said. “I’ve been very clear that it protects our kids. It’s going to keep them here.”

The Centers for Disease Control and Prevention recently published a case study in support of its recommendation of masks in schools, tracing a COVID outbreak in Marin County, Calif., to an infected teacher who removed her mask during story time.

Eight of the 10 students in the two rows closest to the teacher tested positive after the exposure, an “attack rate” of 80%, the CDC reported. The students all were too young to be vaccinated.

The teacher, who was unvaccinated, broke protocol on two counts: By removing the mask during indoor instruction and by continuing to teach two days after developing symptoms dismissed as relating to allergies.

Using genomic sequencing and contact tracing, the epidemiologists found the outbreak spread to other classes and the broader community. 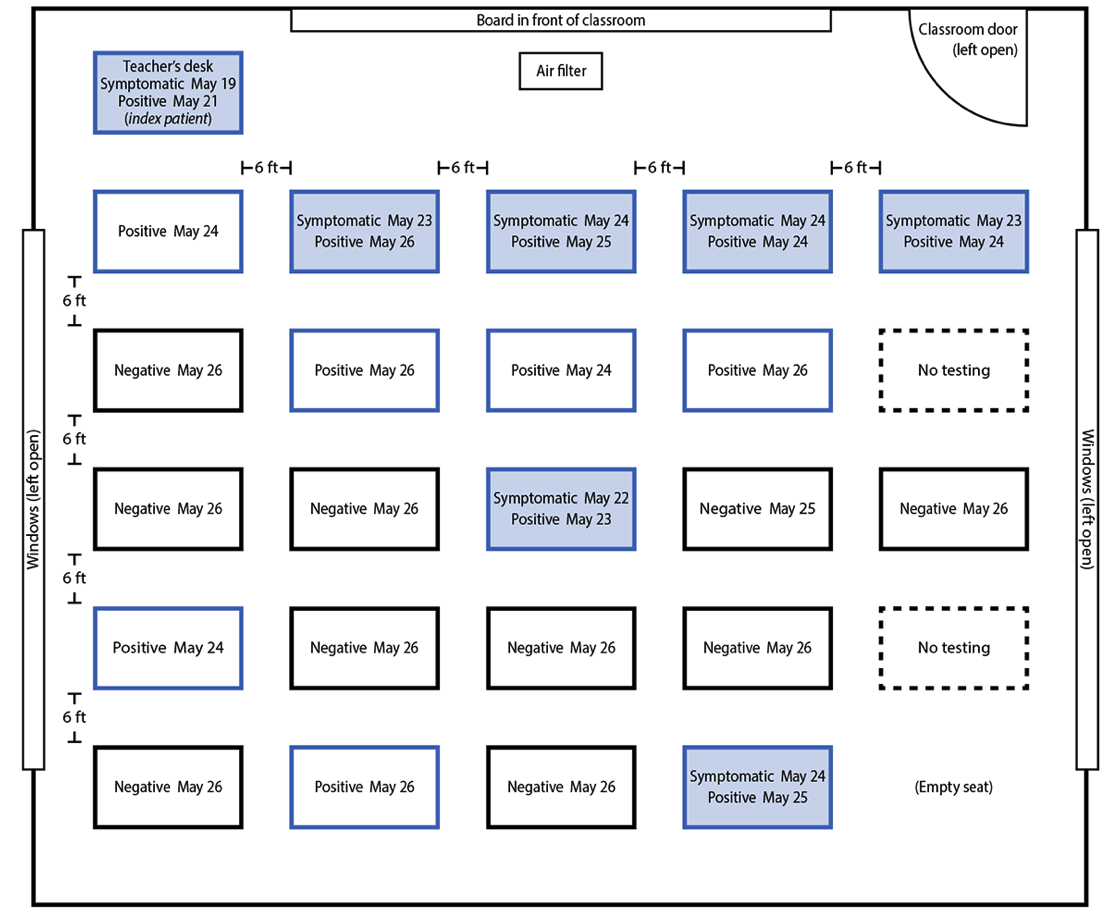 Seating assignments of class in California with an outbreak traced to a teacher who removed her mask. Eight of 10 kids in first two rows were infected.

Lamont spoke to reporters after a tour of the Anna Reynolds Elementary School, which is slated next year for renovations that will be partially funded by the state.

In a first-grade class, he complimented a boy on his Spider-Man mask. He told the kids the masks would help keep classroom instruction uninterrupted, rather than online teaching.

“Better than being on a screen, isn’t it?” Lamont asked.

“Definitely better than on the screen,” replied the teacher, Tracy Modon. “What do you boys and girls say, because you were on a screen when you were in kindergarten, right?”

One girl said she liked the computer classroom, prompting laughter when the governor feigned annoyance.

“Hey, didn’t you get the script?” Lamont asked.

Later, Lamont acknowledged he was taken aback by the anger of a small group of adults who disrupted a roundtable discussion last week at a school in Cheshire.

(Security was tighter for Lamont’s tour of Anna Reynolds Elementary School. A police officer at the foot of the sole entrance to the school grounds checked identification.)

“Look, I understand it’s a pain for some parents,” Lamont said of the mask wearing. “I don’t hear much complaints from the kids. I find the kids are smiling underneath their mask, they’re back in the classroom.”

The statewide mandates for masks and vaccinations in the schools take superintendents like Brummett off the hook for setting local rules, but Lamont’s emergency pandemic powers expire Sept. 30.

“I can only cover you ’til Sept. 30,” Lamont said, turning to Brummett.

For the mandates to continue, either the current emergency must be extended or the legislature must more narrowly endorse a continuation of specific executive orders, such as the mask mandate.

Lamont repeatedly has indicated that at least some orders will remain in place after the 30th, while hedging on exactly which and precisely how.

“Give us a couple of weeks,” he said. “Let’s see what delta looks like.”

Does he think the infection rate could come down significantly enough in 30 days that a mask mandate would no longer be deemed necessary?

A few hours later, his administration issued its daily update: Of the nearly 44,000 COVID tests since Friday, there were 1,361 new infections, a positivity rate of 3.1%. 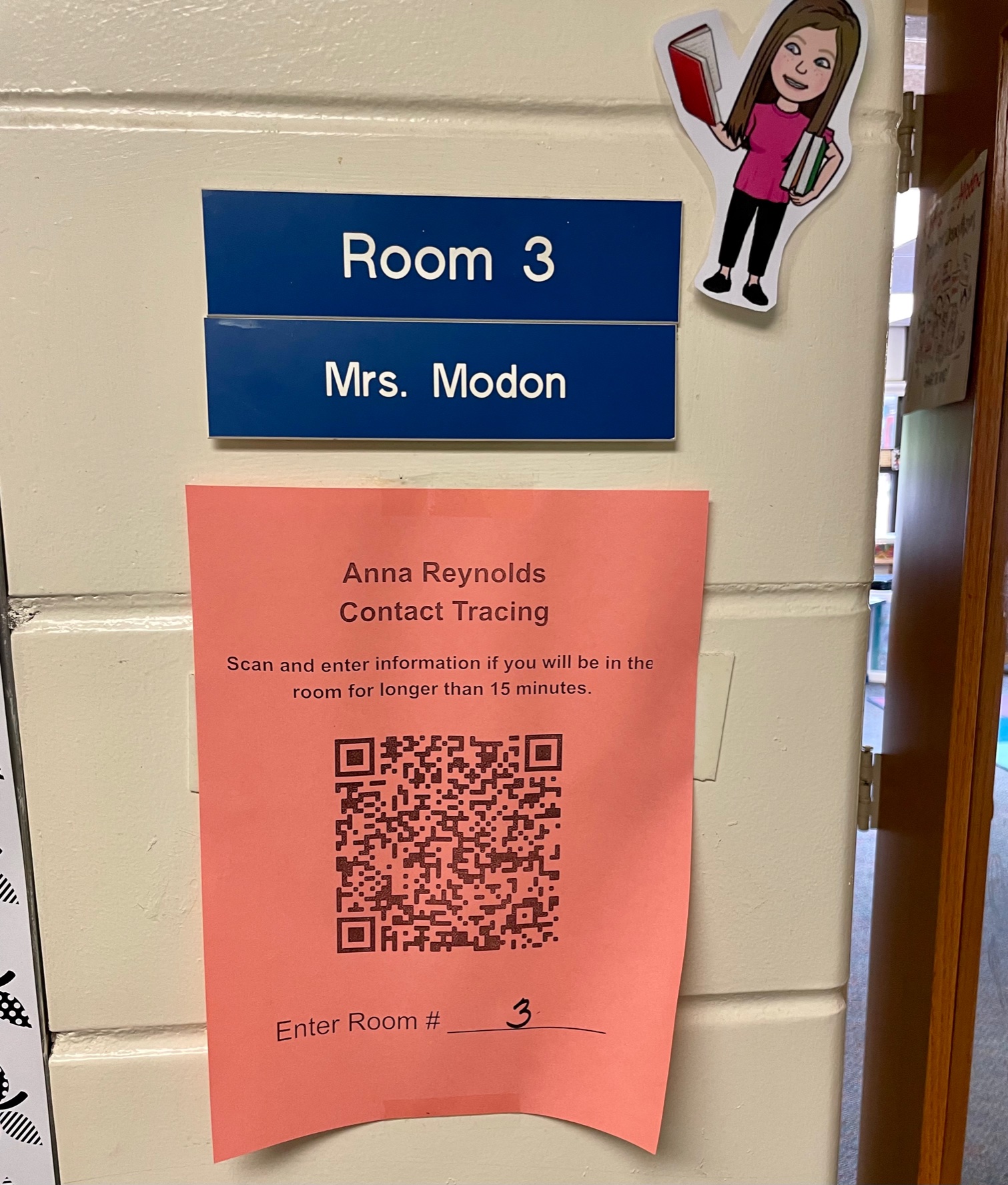 Sign of the times outside Mrs. Modon’s first grade class.