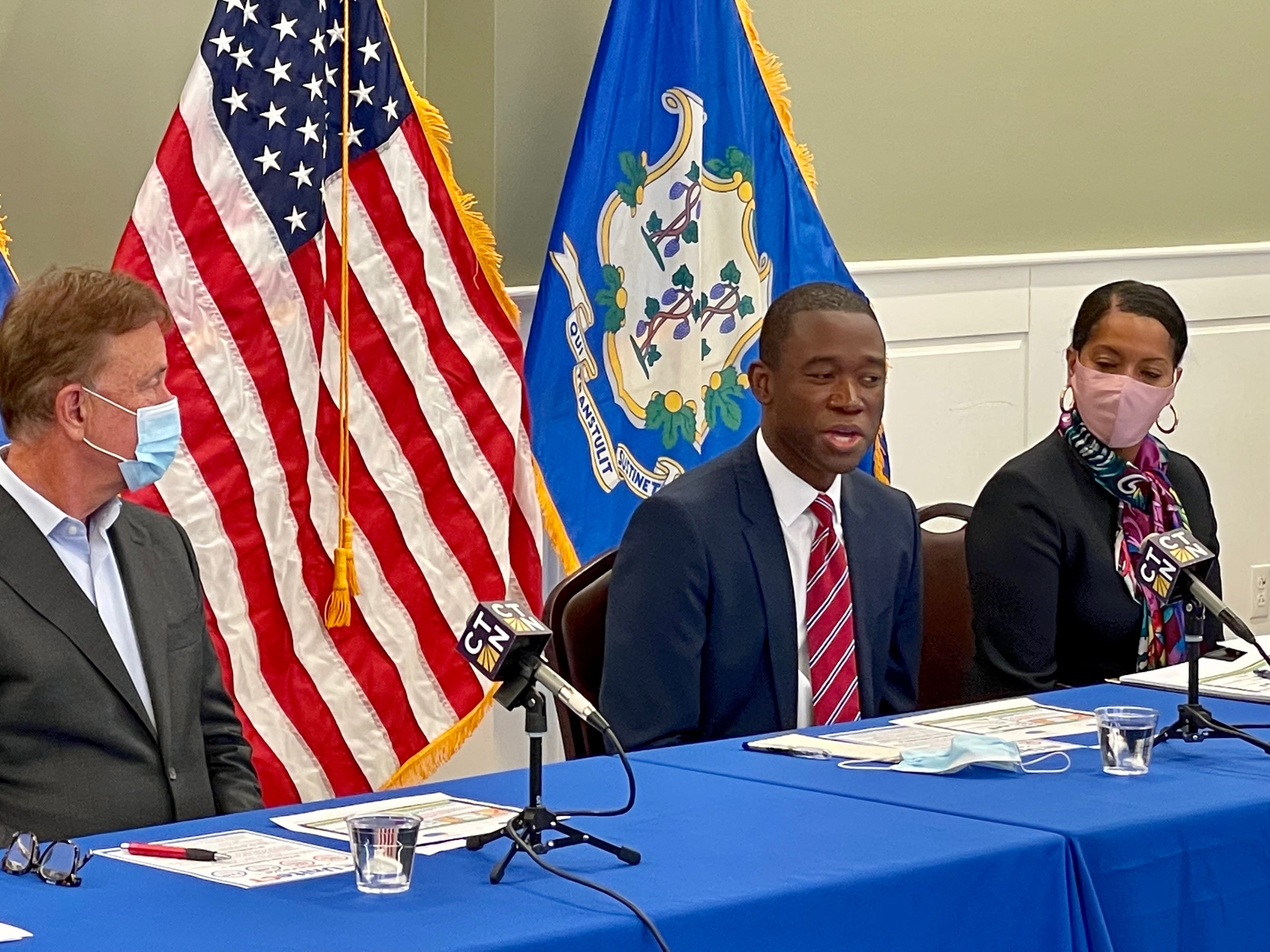 MIDDLETOWN — Just two months ago, the pace of processing federal emergency rental assistance in Connecticut was roundly criticized by landlords and tenant advocates. Now, the Biden administration hails it as a model of success.

U.S. Deputy Treasury Secretary Wally Adeyemo said Thursday the White House is encouraging other states to emulate Gov. Ned Lamont in requiring landlords to participate in the relief program before evicting a tenant for non-payment.

Lamont said he expects the requirement, which also is slowing the pace of evictions, will continue past Sept. 30, when the orders issued under his emergency pandemic powers currently are scheduled to expire.

“I think the plan is to work with the legislature and get it extended, because the pandemic’s not over, and the need has not gone away,” Lamont said.

One of the quirks of the relief program is that it requires cooperation from landlords and tenants at odds over unpaid rent. As a check on fraud, landlord and tenant must both apply for the aid, part of a federal COVID-19 relief package.

Recognizing that some landlords were opting to wait for the expiration of an eviction moratorium, Lamont signed an executive order requiring landlords to complete an assistance application before issuing a notice to quit the premises for non-payment of rent.

Officials said at a roundtable talk here Thursday that the program, dubbed UniteCT in Connecticut, now has disbursed $72.8 million to cover unpaid rent and utility bills, with another $38.9 million being processed.

Aside from Lamont’s executive order, the state also has simplified the application process, capitalizing on Treasury’s revised guidance allowing the automatic qualification of tenants from census tracts where the income is only 60% of the median.

“What Connecticut has done is they’ve used that flexibility at every turn to make the program simpler, so they can reach more people,” Adeyemo said. “That’s exactly what we want people to do throughout the country to make the program as simple as possible, in order to make sure the money gets out the door to the American people.”

Adeyemo acknowledged that the program had significant growing pains. The first round of funding was authorized in the waning days of the Trump administration.

“When the president came into office, one of the things he asked us to do was to simplify the program as much as possible,” Adeyemo said. “I think what we’ve been doing since then is working in partnership in the states to make sure that they take advantage of the flexibility that we’ve built into our guidance, the flexibility that Congress provided us.”

UniteCT closed August with its best week, approving 963 applications and paying out $6.8 million.

About half of the more than $200 million allocated to Connecticut in the first round of emergency rental assistance authorized by Congress has either been disbursed or committed. The state is getting another $186.6 million under a second round approved in May.

The average arrearage was 4.2 months.

“This is exactly what Congress was thinking about when we were trying to decide what do we include in the American Rescue Plan. It wasn’t just access to vaccinations, it was stabilizing community. For me, housing is infrastructure,” said U.S. Rep. Jahana Hayes, D-5th District.

One of the other participants in the roundtable was John Souza, a landlord and the president of the Connecticut Coalition of Property Owners. A month ago, he said the pace of payments was too slow.

“It was a leap of faith for the small landlords to accept not starting an eviction and work with the program,” he said Thursday. “And I think at this point, they are glad that they did. Many are glad to be able to pay their bills again.”

Landlords whose tenants decline to apply still have little recourse.

It is unclear whether the Biden administration has the flexibility under the first or second authorizations to allow landlords to seek repayment without a  tenant’s involvement. A central tenet of the program was keeping tenants from being evicted and potentially sent to shelters during a pandemic.

“This has been an evolving situation. It wasn’t like we legislated it, allocated funds and then walked away from it,” Hayes said. “So from the beginning to now, every time we heard about a potential barrier or problem or something that people were facing, we went back and said, ‘We need to tweak this.'”