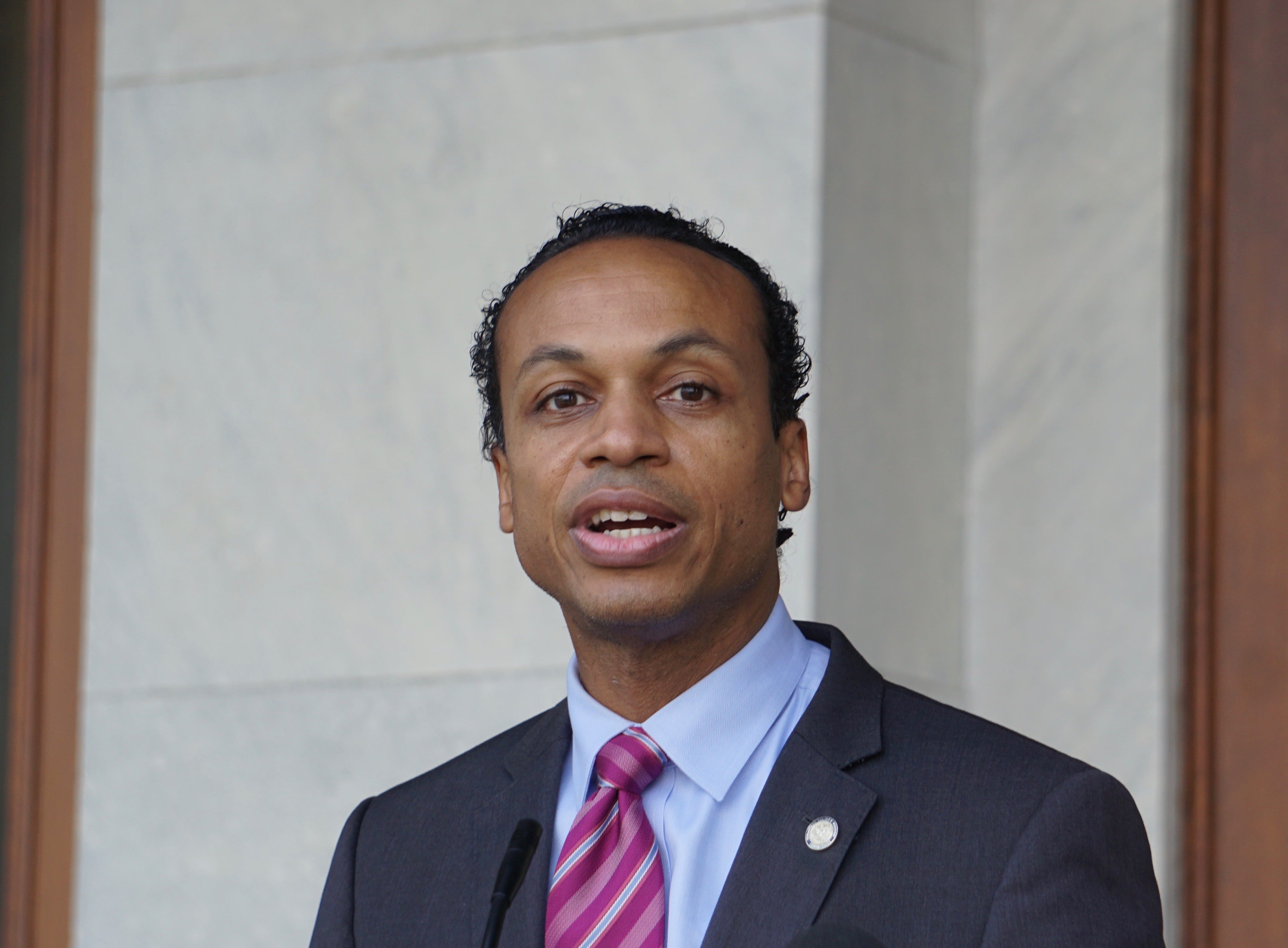 Connecticut’s treasurer made the pitch with federal officials Thursday for a nationwide “baby bonds” program. The state passed its own version of this investment idea earlier this year, but the proposal has yet to get widespread federal legislative traction.

For each child born into poverty and covered by HUSKY — the state’s Medicaid program — Connecticut’s baby bonds program allocates $3,200 to a trust.

When the child is between the ages of 18 and 30, they must complete a financial education program. After that, they can access the money. Funds can be put toward qualified expenses like education, a home, or investments in retirement or a business in Connecticut.

State officials estimate the initial $3,200 investment could grow to about $11,000 between a child’s birth and adulthood.

“Thousands of children in Connecticut who are born into poverty will now grow up knowing that they have access to Connecticut baby bonds, which can change the trajectory of their lives,” Wooden said.

Connecticut’s baby bonds program took effect in July. While statistics aren’t available for how many children have been enrolled in baby bonds so far, officials with Wooden’s office said by email Thursday that data from the Department of Social Services from 2012 to 2019 show an average of about 16,000 births paid for annually by HUSKY.

So that means Connecticut’s program could impact about 16,000 babies each year.

As Connecticut’s program begins to enroll thousands of children, federal legislators are optimistic the idea can scale up nationwide.

Sen. Cory Booker (D-N.J.) said Thursday the United States already uses hundreds of billions of dollars through the nation’s tax code “to give people with wealth tax breaks so they can create more wealth. We should use a small amount of our tax code and our treasury to help people without wealth create that generational wealth.”

That act would create and seed an interest-bearing savings account for every American child at birth. Similar to Connecticut’s program, children would then be able to access those funds as adults and put them toward qualified expenses. But Booker’s initial proposal envisions kids getting more money.

“You put $1,000 into [an] interest-bearing account for every single child born in America. And then every year after that, based upon a family’s income, you put upwards of $2,000 into that account,” Booker said. “The lowest-income kids in our country — regardless of race — by the time that they’re 18, they will have almost $50,000.”

“That kind of wealth will have a multiplier effect in our nation,” Booker said.

While Booker’s idea garnered support from some Democrats, the measure has not been taken up in a wider way by Congress. It also failed to gain a foothold in the federal government’s budget reconciliation process.

A spokesperson for Wooden’s office said the treasurer made the case for a federal baby bonds bill during a meeting with White House staffers last week.

Connecticut’s program is funded through state-issued general obligation bonds and is authorized for $50 million per year for 12 years beginning in 2021, totaling $600 million.

Wooden said Connecticut’s baby bonds program was inspired by a similar measure Booker and Pressley first proposed in 2017 before re-introducing the concept this year.

“If we do not address wealth inequality, we hurt our economy. It’s as simple as that,” Wooden said. “It’s time to level the playing field and make sure that every child born into poverty in our nation experience[s] the American dream.”