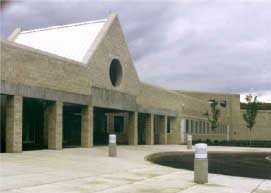 Since being sent to an adult prison eight days ago, 16-year-old Jane Doe has spent 22 to 23 hours a day in a prison cell.

Jane – a transgender, self-identifying girl whose name has not been released because she is a minor – has had no contact with anyone her age or been given any educational instruction, according to court documents she filed Monday about her living conditions.

An officer watches her in her cell 24 hours a day.

Jane is not incarcerated for a crime serious enough for her to be charged as an adult. She was sent to live at York Correctional Institution from the state’s juvenile justice system because the Department of Children and Families says it has no appropriate place to treat this “uniquely dangerous” youth. A spokesman said the placement is necessary to avoid endangering other committed youths and DCF staff.

Jane could spend the next year living in the adult prison in southeastern Connecticut.

“I can feel myself growing more and more isolated, frustrated, and feeling alone in my current isolation,” she wrote the court. “I need to be given treatment and services specific to my needs. I need to deal with the trauma I’ve experienced in my life. This prison cannot do that for me.”

This case has spurred a number of debates in Connecticut, including one about the appropriateness of placing a child in isolation and whether she will be able to receive the treatment she needs in such conditions before being released sometime before April 2015.

Being placed in solitary confinement “is a very traumatic experience,” said David McGuire, an attorney with the state chapter of the American Civil Liberties Union. “A prohibition should exist in Connecticut.”

He pointed to a United Nations Human Rights Council report last spring that calls solitary confinement for juveniles for any length of time “a violation of international law” that can potentially be considered “torture.”

Last fall, The CT Mirror asked the Connecticut Department of Correction (DOC) for data on how often young offenders in adult prisons are placed in isolation. The DOC said it does not track such information.

This week, a spokesman for the agency said he could not share the agency’s policies about isolation or about the living conditions of minors in its custody because that would reveal information about Jane’s ongoing case.

“We are not going to talk about it,” said Andrius Banevicius.

Jane was transferred to York April 8 from a juvenile boys’ prison where, she says, she was housed in “similar conditions.” DCF was successful in getting a Superior Court judge to transfer her to the adult prison.

Jane’s attorney said Tuesday he worries about her placement in isolation in the adult prison.

“I am very concerned with her mental well-being in the DOC,” James Connolly, her public defender, said in an interview. “We want her in a facility for juveniles.”

The state’s juvenile justice system – overseen by DCF — has two locked facilities for girls, but a spokesman said neither would be appropriate for Jane.

“Although the youth likely would have been appropriate for this facility if it existed several years ago, at this point, however, she has become too assaultive and aggressive to be placed in a brand new facility that is still getting its sea legs,” Gary Kleeblatt said of Pueblo Unit, a new post-commitment detention facility in Middletown that just opened. “Just as we are responsible for the[is] youth… we are equally responsible for the other girls in our care and custody, as well as the safety of our staff.”

But advocates say the state’s child welfare agency has the responsibility to treat and care for Jane Doe, who first entered its care at age 5 because her family members were incarcerated, sexually abusive or addicted to drugs.

Instead, “My client was dumped [by DCF] on the lap of the Department of Correction,” said Connolly.

By age 15, Jane reports she had been raped dozens of times (including at facilities she was sent to live at by DCF), sold for sex, beaten up and addicted to crack cocaine.

Her behavior eventually turned violent, as chronicled by DCF, who reports that the teenager “has an extensive history of violence,” including stabbing a female peer with a fork, four assaults or threats of assault while in a pre-trial detention facility in Bridgeport, and 10 assaults on staff while at the state’s psychiatric center for children.

“It would be unacceptable to place the youth in the girls’ program at [the Solnit Psychiatric Center], where other girls and female staff persons would be placed in serious jeopardy,” said Kleeblatt, the DCF spokesman.

The legislature’s Program Review and Investigations office earlier this year reported that transgendered youth are very vulnerable to running away, becoming homeless and being trafficked for sex — all things that Jane has experienced.

“I feel that DCF has failed to protect me from harm and I’m now thrown into prison because they have refused to help me,” Jane wrote the court.

“I still can’t see anything else in my future besides this,” she wrote. “I have no family. I have no friends.”

The agency has a program — Safe Harbor — aimed at ensuring that those who care for transgendered youth who have been abused or neglected are trained to handle the specific challenges such vulnerable children face.