Op-Ed: Connecticut should have bilingual education for all

Being a parent of three, I want my Polish, Puerto Rican children to have the opportunity to be multilingual, which is why I am joining the movement across Connecticut to provide all students access to a quality bilingual education, K-12.

We need to embrace the fact that speaking more than one language is a 21st-century skill that all American students should have. Children who speak multiple languages fluently will undoubtedly have an upper hand in life as adults and active ambassadors to the world.

Unfortunately, Connecticut’s bilingual policies have been going the opposite direction. In the Connecticut State Department of Education, there is currently only one full-time employee who is responsible for overseeing bilingual programming for all of the 72,000 English Learners across the state. This is absolutely ridiculous.

In the past there were 10 full-time employees responsible for bilingual education, now there is only one. So, is anyone really surprised that Connecticut has the largest achievement gap between English Learners and their English proficient peers?

At the local level, bilingual policies have only gotten worse. As a parent and resident of New Britain, I have spent the last three years fighting against our district leadership’s decision to eliminate bilingual education in favor of the standardized test-driven “learn English at all costs, even if you lose your native language” scheme, created by Kevin Clark. Thankfully, the U.S. Office of Civil Rights is stepping in and has opened an investigation of New Britain’s English Language Development program.

So, how is Connecticut’s bilingual programming doing compared to other states? You might be surprised to learn that Utah has opened more than 100 language immersion programs in the past five years. Schools across Utah have created programs in French, Spanish, Portuguese, Mandarin and German. In Connecticut, we currently only have six language immersion schools (or dual language schools) and in the last five years the dual language programs in Windham and New Britain have been terminated.

So, people of Connecticut, its time that we demand that our state takes the lead on providing quality bilingual education for all children, K-12.

The benefits of a bilingual education are numerous. Bilingual education creates more equity as it offers great opportunities to both language-majority and language-minority populations. Researchers now believe that when people learn another language, they develop cognitive advantages that improve their attention, self-control and ability to deal with conflicting information.

Students in bilingual education programs maintain their academic progress by receiving content-matter instruction in their native language. Although emergent bilingual students may initially lag behind students in all-English programs on measures of English language proficiency, longitudinal studies show that not only do these students catch up, but they also often surpass their peers both academically and linguistically!

There are numerous studies that document the effectiveness of bilingual education. One of the most notable was the eight-year (1984-1991) Longitudinal Study of Structured English Immersion Strategy, Early-Exit and Late-Exit Programs for Language-Minority Children. The findings of this study were later validated by the National Academy of Sciences.

The study compared three different approaches to educating English Learners. Results clearly indicated that late-exit transitional bilingual education, where students received 40 percent of their instruction in the primary language and would continue to do so through sixth grade, outperformed the other models, including teaching the children in English only. 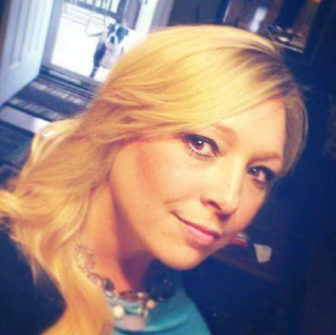 By the sixth grade late-exit transitional bilingual education students were performing higher on mathematics, English language, and English reading than students in the other two programs. The study concluded that those students who received more native language instruction for a longer period not only performed better academically, but also acquired English language skills at the same rate as those students who were taught only in English. Furthermore, by sixth grade, the late-exit transitional bilingual education students were the only group catching up academically, in all content areas, to their English-speaking peers; the other two groups were falling further behind.

So, come on Connecticut, it’s time that we provide a comprehensive bilingual education to all children!

Aggie Kurzyna of New Britain is a parent advocate with CT Parent Power and the mother of three children.