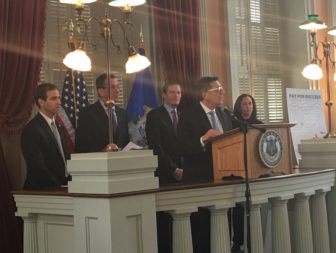 HARTFORD — Reacting to a spike in drug overdoses in Connecticut and the placement of hundreds of youths into foster care because of substance abuse – mostly by their parents – state and federal officials announced a public-private partnership that would offer 500 additional families substance abuse treatment.

The project, the Connecticut Family Stability Pay for Success, will require $12.5 million in private investment, which officials said Tuesday they are still seeking.

The new program would mean families in Danbury, Middletown, New Haven, Norwich, Torrington and Waterbury would have access to treatment not previously available and would have professionals visit them at home three times per week for six months.

“We’re here to talk about innovative solutions to encourage businesses and the community to invest in evidence-based proposals to expand treatment,” said Michael Botticelli, White House director of national drug control policy. “It’s going to take everybody working together to stop this crisis.”

Malloy said the program is “a new approach” for Connecticut and the “next step” to improve DCF. He said programs like the one proposed have a 40 percent better success rate in stopping drug abuse than past efforts.

Research conducted by Yale University and the University of Connecticut on the approach – known as Family-Based Recovery – found it reduced the number of children removed from their homes and placed in the foster care system.

Under the program funding model, the private sector provides upfront funding. The government commits to paying back investors with interest if outcome targets are achieved based on an independent evaluation. If targets are not met, then the investors do not get repaid.

David Wilkinson, director of the White House’s Office of Social Innovation, said investors generally include large philanthropies and foundations, which expect to receive a 3 to 5 percent rate of return.

The model – known as Social Impact Bonds – aims to save the state millions by preventing youths from entering DCF custody, which is far more expensive.

The state’s child welfare agency has been under federal court supervision for decades for not providing children in need with enough of the services they require.

In his most recent report last month, court monitor Raymond Mancuso highlighted that nearly half of the children who enter foster care do so because of parental substance abuse. Three percent of children enter care because of their own substance abuse issues. 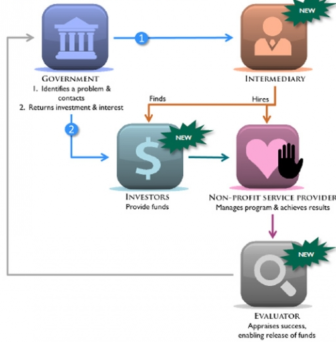 However, treatment too often is not available because of waiting lists or large caseloads that leave social workers without the time to refer families. Some parents refuse care.

Nationwide, the percentage of children entering foster care because of parental drug abuse has increased by 7.6 percent over the past five years, Botticelli said in a press release.

This project is being spearheaded by the nonprofit intermediary Social Finance.

Correction: An earlier version of this story indicated that private financing for the new substance abuse program was already in place, but it is still to be raised.