Pentagon chiefs ask Congress for another round of base closings 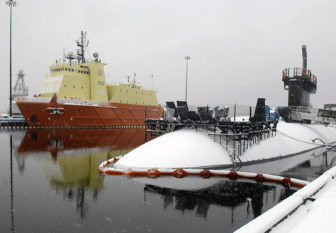 Washington –  Citing a need to reduce waste and improve efficiency, Pentagon officials said Thursday they want to hold the nation’s first round of military base closings in more than a decade – a consolidation like one that threatened Naval Submarine Base New London in 2005.

But “in the last year of the administration, it’s not going to move,” Connecticut’s 2nd District Rep. Joe Courtney said.

“Given the need to find efficiencies and reexamine how our infrastructure is configured, the administration is requesting the authority from Congress to conduct a 2019 (Base Realignment and Closure) round,” Pete Potochney, the assistant secretary of defense in charge of installations, told House lawmakers at a budget hearing Thursday.

Potochney said the country has about 20 percent excess capacity in its military installations, a surplus that is wasting taxpayer money and diverting resources from weapons systems and other priorities.

While the Air Force and Army have the greatest excess capacity, 30 percent and 18 percent respectively, Potochney said the Defense Department is conducting a “wide parametric analysis” as directed by a defense bill Congress approved last year.

The last round of base closings occurred more than a decade ago, in 2005, when the military services  closed 24 bases, realigned two dozen others and cut about 12,000 civilian jobs.

Naval Submarine Base New London was initially on the Pentagon’s list of bases to shutter, but was spared at the last minute.

The 2005 BRAC round is projected to save nearly $4 billion a year, although the General Accountability Office has predicted the savings would not begin until 2018.

Meanwhile, lawmakers argue the nation cannot afford the upfront costs of a base closing round and year after year they have approved language in defense bills preventing another BRAC.

But Potochney said in a new BRAC round, the benefits of closing facilities would be felt sooner.

“As we have said, a new BRAC round will be different than BRAC 2005,” he said. “The new round will be efficiency focused. It will save about $2 billion a year after implementation; with costs and savings during the six year implementation being a wash at approximately $7 billion.”

Last week, Air Force Secretary Deborah Lee James said the inability to rid itself of excess capacity at military bases has forced the service to make other painful budget choices, such as delaying the acquisition of F-35 Joint Strike Fighters and other aircraft and putting off upgrades to missile-warning and radio systems.

Loren Thompson,  a defense analyst with the Lexington Institute, said it’s unlikely there will be another round of base closings, no matter how much the Pentagon wants one.

“The savings are too small, the process takes too long and there is massive political opposition,” he said.

And if there were another round , Naval Submarine Base New London isn’t likely to be recommended for closure, he said. “It’s the only major sub base we have in the Northeast.”

Courtney, a Democrat who represents the submarine base in Congress, said the notion of another base closing round “is dead.”

The $7.4 billion military construction budget request would not provide new funding for Naval Submarine Base New London, but would provide $6.3 million to build a new air terminal for the Air National Guard at Bradley International Airport.

The lack of military construction money does not mean there aren’t renovations and new projects on the base. But those are paid for by other funds, including operation and maintenance accounts.

One major project at the sub base, the construction of a new dive locker was funded by the state.

Courtney said there will eventually be a need for  military construction funds to enlarge the sub base piers to accommodate Virginia-class subs with enlarged payloads. The first such sub, whose hull will be enlarged by more than 70 feet, is expected to begin construction in 2019.

But right now, money for all but the most critical construction projects at the nation’s bases is tight.

Dennis McGinn, assistant Secretary of the Navy in charge of installations, said cuts to the nation’s military construction budget have left base operations at Navy and Marine Corps installations “funded to the minimum acceptable standards necessary to continue mission-essential services.”

He said the Navy has “enforced low service levels for most installation functions,” including administrative support, grounds maintenance and janitorial services, “in order to maintain our commitment to warfighting operations, security, family support programs, and child development.”

“These measures, while not ideal, are absolutely necessary in the current fiscal environment,” McGinn testified.