House authorizes limited use of medical marijuana for children 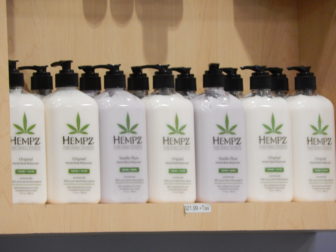 With backing from Connecticut’s pediatricians, the House of Representatives voted 129 to 13 Wednesday night for legislation allowing physicians to prescribe cannabis oils to treat children for a half-dozen serious medical conditions.

“These are not run-of-the-mill conditions. These are not headaches,” said Rep. Matthew Ritter, D-Hartford, co-chair of the Public Health Committee. “We’re talking about end of life, palliative care, intractable seizures.”

The legislation would expand the state’s so-called medical marijuana law to allow physicians for the first time to prescribe a non-smokable form of cannabis for patients younger than age 18.

The state chapter of the American Academy of Pediatrics fought a similar law last year, but relented after the bill was narrowed and the organization heard from pediatric neurologists and parents of children with severe seizure disorders who saw cannabis as a last resort.

Legislators heard testimony earlier this year from Susan Meehan, a mother who moved from Montville to Augusta, Maine for legal access to cannabis oils that provided relief from the uncontrollable seizures that plagued her daughter, Cyndimae Meehan, who died last month at age 13.

Connecticut is rare among the 23 states that allow for “comprehensive” medical marijuana programs, but bars access to minors, Ritter said.

Rep. Prasad Srinivasan, R-Glastonbury, an allergist who began his medical career as a pediatrician, said he was concerned that too little is known about the effects of marijuana in the developing brain, but he was convinced that the cannabis would provide relief to suffering children that is unavailable from conventional medicines.

“I am in strong support of this piece of legislation,” he said.

But Rep. Vincent Candelora, R-North Branford, said he was a skeptic who wanted to see more research.

Rep. Pam Staneski, R-Milford, praised Connecticut’s existing medical marijuana program as well-regulated, but she, too, said she was reluctant to see it expanded without further research.

“I’m happy we are putting the research component in,” she said.

But Candelora and Staneski ultimately voted for passage.

Rep. Jason Perillo, R-Shelton, told his colleagues that the legislation will help children now dying in pain or living with constant seizures. He urged them to move past the political fear of defending cannabis for kids.

Rep. Doug Dubitsky, R-Chaplin, said he supports the bill as a parent who would do everything he could for one of his children if they needed relief from pain and conventional medicine was not working. The legislature should not stand in the way of such parents.

“We’re not talking about toddlers walking around doing joints,” he said.

Two physicians and a parent need to consent to treatment with cannabis under the bill.

The legislation also authorizes the commissioner of consumer protection, whose department regulates the growth and sale of marijuana for medical purposes, to allow hospitals and higher-education institutions to conduct research on medical cannabis.