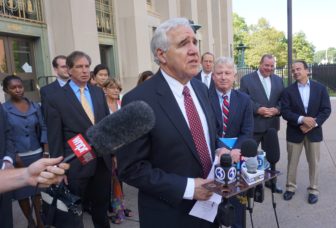 Herbert C. Rosenthal, president of the coalition that brought the suit, called the decision “a landmark victory.”

The coalition of education reformers who won a lawsuit striking down the way Connecticut funds and oversees education on Monday asked the state Supreme Court to deny the attorney general’s request for an expedited appeal of the case.

Attorneys representing the Connecticut Coalition for Justice in Education Funding have asked the high court to delay its review until state officials have submitted their remedies to the problems identified by Superior Court Judge Thomas Moukawsher’s ruling and until he has ruled on whether they are sufficient.

“The trial judge has set a disciplined schedule for completing the remedy phase by mid-year 2017,” the plaintiffs say in their 11-page court filing to the Supreme Court.

If the Supreme Court intervenes now, it would be “to the clear detriment of students who would be the beneficiaries of whatever rulings and remedies the courts find appropriate.”

“The trial court afforded the defendants wide latitude in formulating any plans they might submit, including provision for a phase-in process to account for any steps to be taken once judicial approval was obtained,” the plaintiffs said. “Whether any particular feature of a plan approved by the court is beyond the judicial power can only fairly be assessed when the trial court completes its consideration of the plan— an additional reason for this Court to defer its review.” 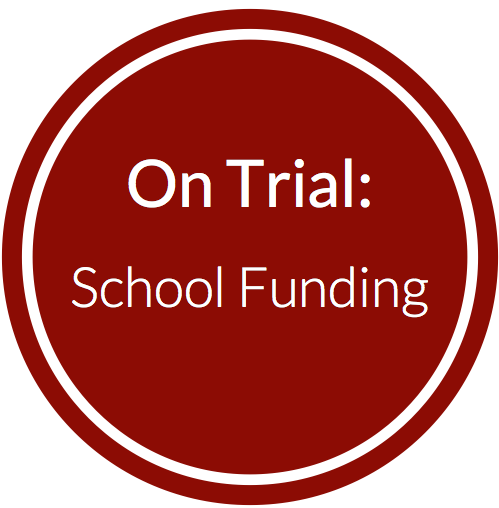 Attorney General George Jepsen’s office filed its appeal Thursday asking the Supreme Court to conclude that Moukawsher embarked on “an uncharted and legally unsupported path” in asserting authority over how the state distributes education aid and sets standards for graduating from high school, serving special-needs students and evaluating teachers.

Jepsen is seeking an expedited review requiring the approval of Chief Justice Chase T. Rogers, saying the time for the state’s highest court to review the ruling is now, not after the 180-day period Moukawsher set for the administration of Gov. Dannel P. Malloy and the General Assembly to answer his demand for remedies.

“Should the legislature attempt to comply with these broad directives, even if it were to be given time extensions, by enacting new legislation, then it would have made these broad changes based solely on the views of a single Superior Court judge, without review or consideration by higher judicial authority,” the state’s appeal says. “Should the legislature fail to comply, the trial court would have precipitated an unseemly, unnecessary, and entirely avoidable constitutional confrontation if it made any attempt to enforce its orders. Neither result is appropriate.”

Rogers has until Thursday to act on Jepsen’s petition.

If she agrees to hear the case now, the plaintiffs ask that the supreme court revisit the lower court’s finding that the state is spending enough on education to meets its constitutional obligations.

Moukawsher ruled that the state is spending enough to meet the low threshold the constitution requires of the state. The way the state allocates that spending, however, he found unconstitutional, calling it “irrational” and linked heavily to politics.