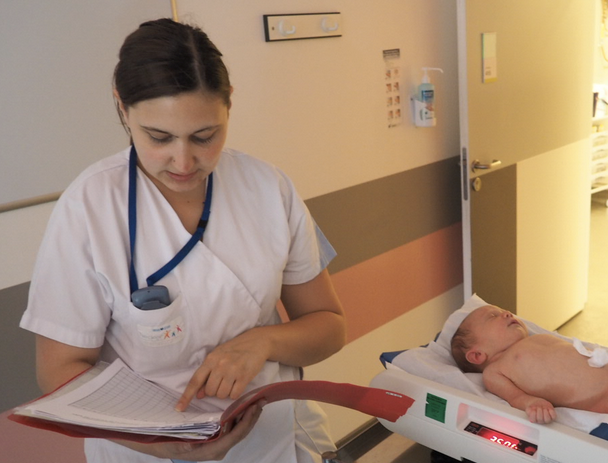 Washington – Connecticut women are having fewer children than those in most other states, its population continues to age, and growth is lagging.

Those are some of the findings in the U.S. Census Bureau’s latest American Community Survey, which provides demographic estimates between the decennial counts of the nation’s population.

The census bureau said that in 2015 Connecticut women ranked 49th in fertility among the states and the District of Columbia. Only Maine and Vermont, which shared last place, had fewer babies born per 1,000 women between the ages of 15 and 50.

The decline in Connecticut’s birth rate cut across all age groups but was steepest among the state’s youngest women – those between the ages of 15 and 19, which dropped from 1,352 in 2014 to 857 last year.

In a bright spot, the teenage pregnancy rate in Connecticut last year, 7 percent, was less than half that of the nation, which was 16 percent.

The National Center for Education projects school enrollment in the state will drop steadily, year after year, until 2025.

Abbe Smith, spokeswoman for the Connecticut Department of Education, says individual school districts determine school construction and make other plans. But while school enrollment may be dropping for the state as a whole, it may be rising in certain school districts, she said.

Brookings Institution demographer William Frey said Connecticut higher Asian birth rate may be attributable to the fact that they may be new immigrants to the United States and the foreign-born tend to have higher birth rates.

Frey said Connecticut’s baby bust can be attributed to several things – including the recession, which impacted the nation’s fertility rate – and the fact the state has fewer blacks and Hispanics, who tend to have higher birth rates than white women. Another factor, Frey said, is that the state’s population is aging, with fewer women in the prime fertility age span of 20 to 34.

2015 births in Connecticut and the nation
U.S. Census

The nation’s population is also aging, but not as fast as Connecticut’s.

The graying of Connecticut could affect its economy and its efforts to recover from the recession.

Nicole Maestas of Harvard University and Kathleen Mullen and David Powell of the Rand Corp., a think tank, say in a recent report that rapid retirements deprive companies of critical experience and knowledge, which undermines productivity. That may be why the recovery from the recession, which began as the first baby boomers qualified for Social Security, has been much weaker than others.

“We find that a 10 percent increase in the fraction of the population ages 60+ decreases the growth rate of GDP per capita by 5.5 percent,” say the authors of “The Effect of Population Aging on Economic Growth, the Labor Force and Productivity.”

The census also determined that Connecticut is one of the slowest-growing states.

That .03 percent growth from 2010 to 2015 was one of the smallest in the nation. Only West Virginia, which experienced negative growth of -.05 percent, Vermont, which had statistically no growth, and Illinois, which had .01 percent growth, were lower. The national average was 0.96 percent.

“More people will need health care and other services,” he said. “Local communities will have to adapt, especially suburbs, because a lot of them were built to serve kids, not older people.”